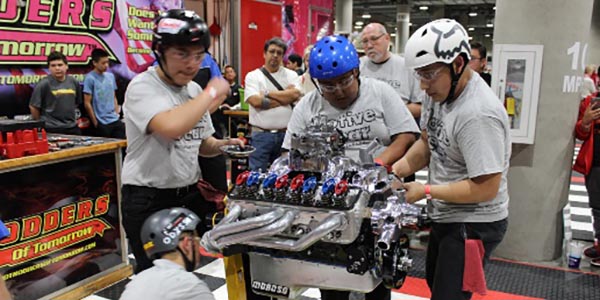 Two teams from the Los Angeles area have punched their ticket to the 2018 Dual National Championship Playoffs coming up in November and December at the SEMA Show and PRI show, respectively.

The Hot Rodders of Tomorrow Engine Challenge’s second event of the season was held at the 2nd annual Classic Auto Show in the Los Angeles Convention Center March 2-4.

Two teams from the Los Angeles area have punched their ticket to the 2018 Dual National Championship Playoffs coming up in November and December at the SEMA Show and PRI show, respectively. 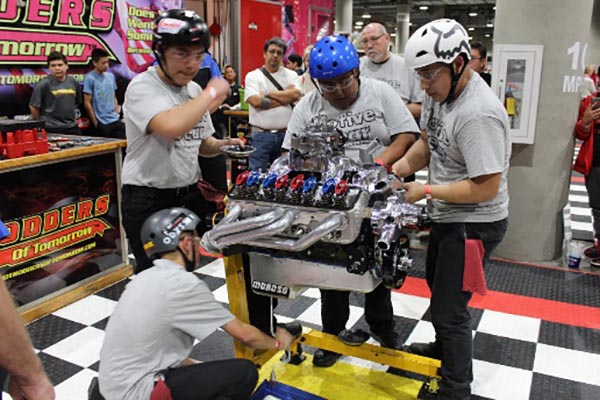 To qualify for the Dual National Championship, a team must finish disassembling and reassembling a small-block Chevrolet engine in less than 33 minutes, including penalties.

Hot Rodders of Tomorrow Junior Engine Challenge had its second event at the Classic Auto Show in Los Angeles and were busy the entire show! Over the course of the three-day show they assisted 88 youngsters taking apart and rebuilding the small Briggs and Stratton engine. Some kids waited for over 2 hours to have a chance to work on and learn about the engine. 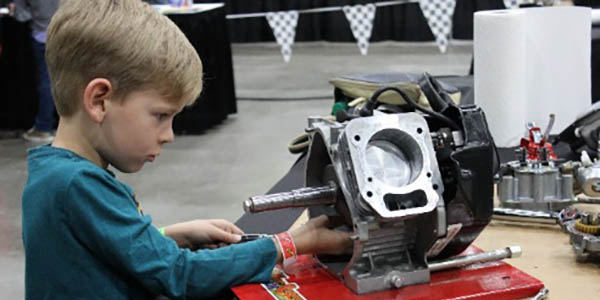 Alex George from Hedman Performance brought his family to see what the buzz was around the Junior Engine Challenge. “I had a great time and so did my kids. Peyton had an absolute blast tearing down the 206. She did it once with me and once again with Ryan. The following day she was pulling me by the leg to get into the garage. It was a real eye opener to watch those kids gears start to turn. During our tear down with Sebastian his mom and dad were really taken back and already talking about getting a Briggs engine for him and dad to team up on in the garage. How cool!”

Advertisement
In this article:Hot Rodders of Tomorrow