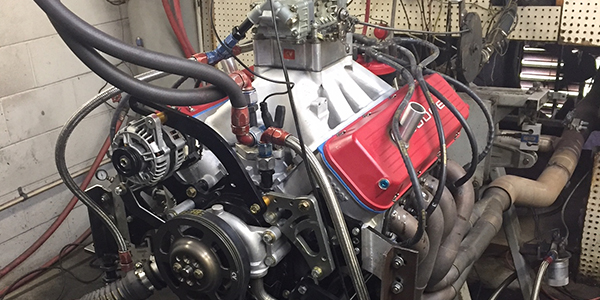 In 1950, the Mexican government sponsored a race to inform the world that Mexico had a new system of roads known as the Pan-American Highway, which stretched across the country from north to south for commerce and tourism. That race was the original Pan-Am.

Today, known as the La Carrera Panamericana, the race features up to 100 vintage racecars starting down in southern Mexico in October to race nearly 2,000 miles back up north. It’s seven days of racing, around 350 miles of speed stages, over closed, public roads through some of the most beautiful country north of the equator. The race has been explained as of the Mile Miglia, the Targa Florio of Italy and the Grand Prix of Tripoli.

When the original race was canceled in 1955, its purpose had been accomplished. In 1988, a group of Mexican and North American auto enthusiasts revived the Pan-Am as a “pro-rally” or “stage rally” race.

If you’re like myself and Scott Eatmon, the owner of Eatmon Racing Engines in Wilson, NC, then you haven’t heard of this race either, until now. However, one of Eatmon’s newest customers was involved with this race and came to Eatmon because he had heard of the shop’s Dodge NASCAR engines, and wanted one specifically for the La Carrera Panamericana. 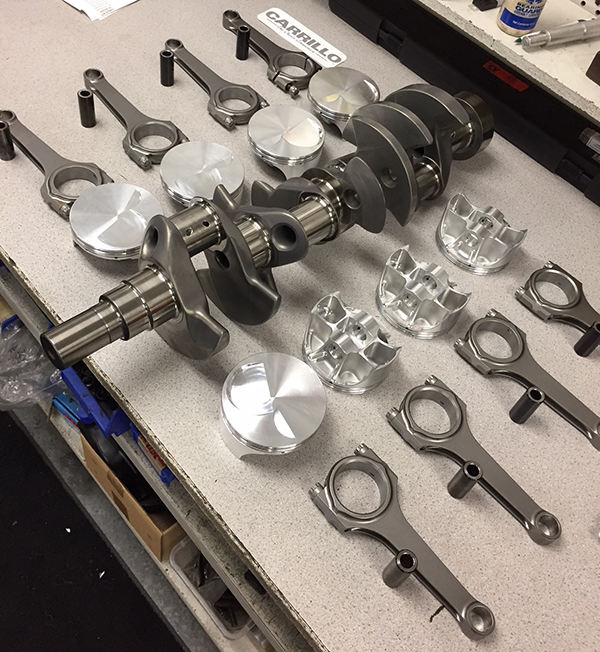 “It’s a wide variety of stuff we deal with,” says Eatmon, who started in the shop in 1991. “We’ve been doing this a long time. We have four full-time employees and we’ve always been here in Wilson, NC.”

One of those employees is Scott’s 19-year-old, youngest son who is enrolled at the local community college CNC machining program.

“We’ve had three generations come through the shop now,” he says. 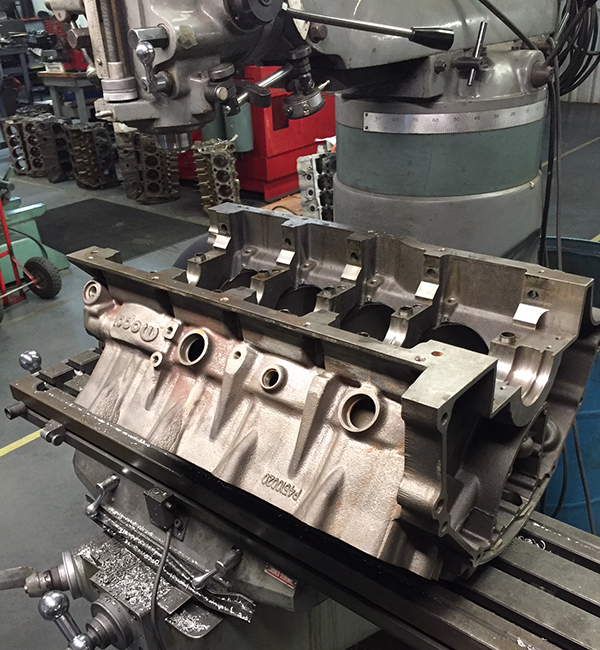 In addition to all of the things Eatmon Racing Engines offers, the shop does 30 percent of its business internationally, shipping engines to places like Australia, New Zealand, Norway, Sweden, France, and England.

“People are racing with our engines all over the world,” Eatmon says. “A lot of our customers are road racers, some of them are dirt track racers. We have drag racing and boat racing customers too, so a wide variety of customers.”

The shop’s claim to fame was building NASCAR engines through the ‘90s through Robert Yates Racing. 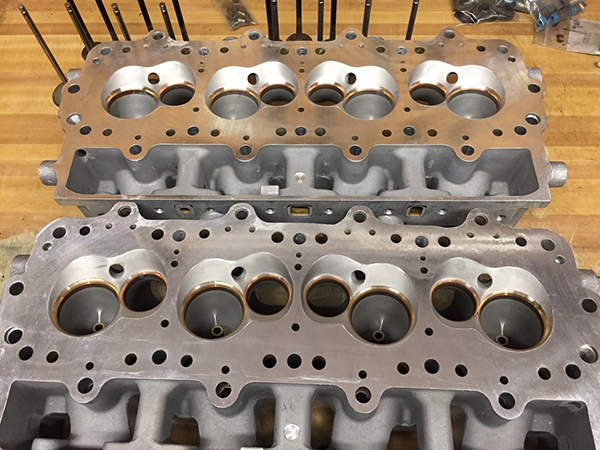 “Back then it was the Busch series and we used to build engines for Dale Jarrett, Ernie Irvan, Kenny Irwin Jr., and then as more and more money got pumped into NASCAR and the teams, all the NASCAR teams started having in-house engine builders,” Eatmon says. “The Cup teams started taking over all the truck work and the Busch series work, which kind of cut outside shops like us out. But I kept my connections up there with all those guys and I go up there regularly and we buy a lot of their NASCAR parts and we bring them back here to our shop and then we build the Ford, Chevy and Dodge NASCAR-type engines to sell to people all over the world. That’s probably our biggest business is selling the NASCAR-type engines outside of NASCAR and people use those types of engines in all sorts of racing.”

Eatmon’s new customer looking for an engine to use in the La Carrera Panamericana race got set up with a Dodge R5P7 NASCAR engine. 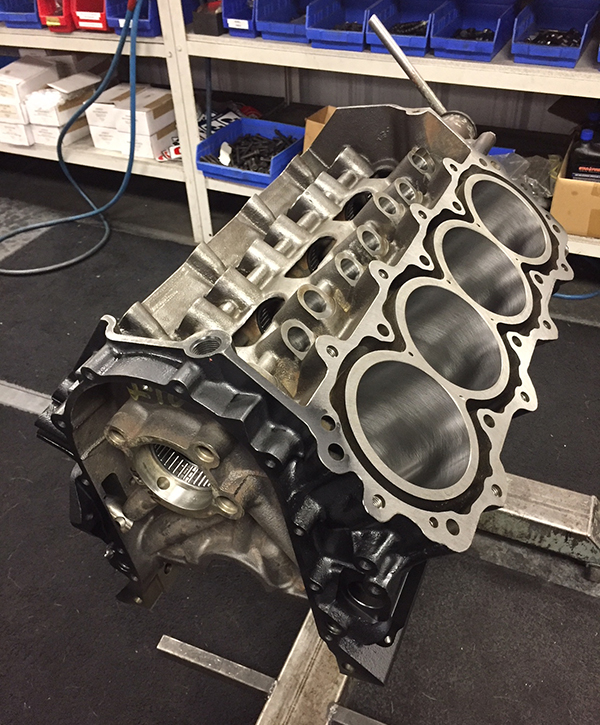 According to the race rules of the La Carrera Panamericana, all engines are limited to 365 cid and must be set up with a wet sump oiling system. The cars are also not allowed to exceed 144 mph during the race.

“To start, it was actually not a complete engine,” Eatmon says. “We assembled it from parts that we had here that all came from the NASCAR teams – Evernham Motorsports and Penske Engines – is mainly where all the components came from for this engine. Some of these components are used and some are new.” 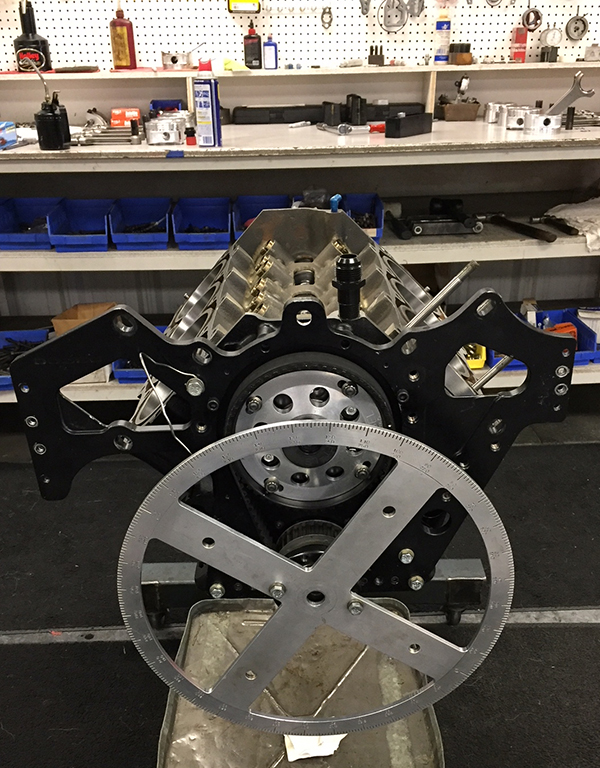 The engine has a Bryant crankshaft and Carrillo rods. The NASCAR teams don’t run these cranks and rods for more than one or two races before they shelf them.

“We have a good relationship with them, so we go up there and buy a majority of all their used parts and Magnaflux them and inspect them,” he says. “Then we put them in engines to sell to guys like this customer.” 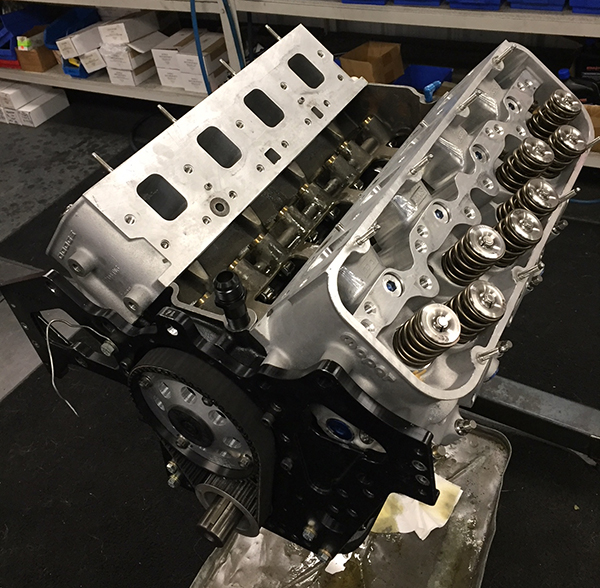 Eatmon did have to use a new set of custom JE pistons made for the low compression ratio, because one of the rules in this endurance race is you have to run pump gas also.

“They have to stop at the actual gas stations and fill up along this route that they’re racing,” he says. “So we had to make the engine low compression for pump gas.” 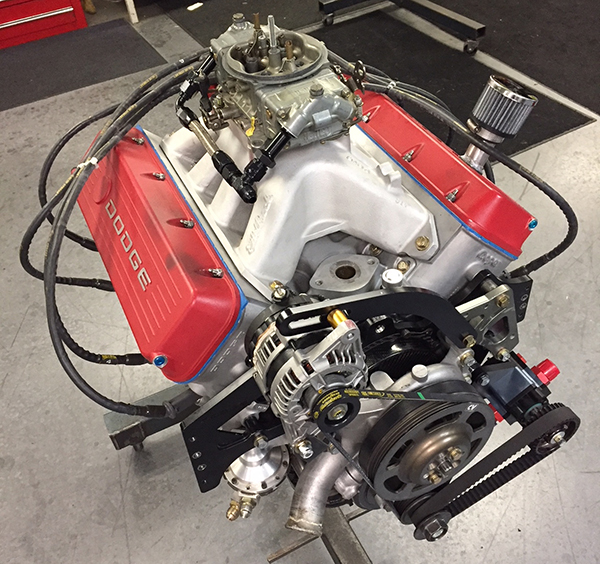 The engine block got some internal machine work done to convert it from a dry sump system to a wet sump. Eatmon milled out the cam tunnel so all the oil would drain to the oil pan.

“There’s no provision for an internal oil pump in these NASCAR blocks, so we have a one-stage external oil pump on the front of the engine,” he says. “We also have a custom-made, fabricated oil pan that we made ourselves. We cut the sump off of a wet sump oil pan, and then we take the NASCAR dry sump oil pan and cut a hole in the bottom and we weld those together. Then we make a custom pickup to get the oil out of the pan to the one-stage pump. The customer will have to mount a remote oil filter somewhere under the hood, and that feeds to the front of the engine.” 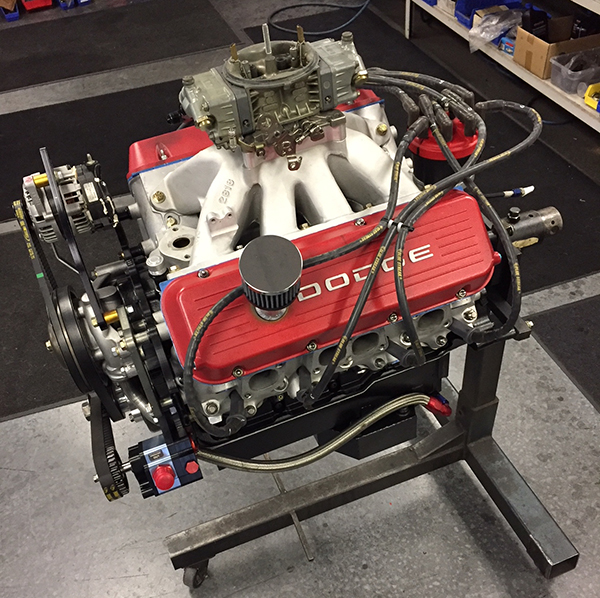 The Dodge R5P7 NASCAR engine also features a Jesel belt drive instead of a timing chain. It also has Jesel roller rocker arms and roller keyway lifters, a COMP Cams solid roller camshaft, which is a custom grind that Eatmon Racing Engines had done just for this build. The engine has Del West titanium valves and retainers. The valves are coated for the unleaded pump gas, otherwise they’ll wear out quickly. 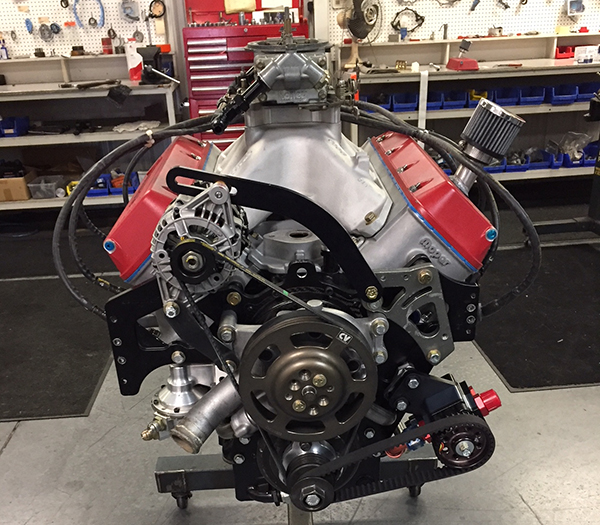 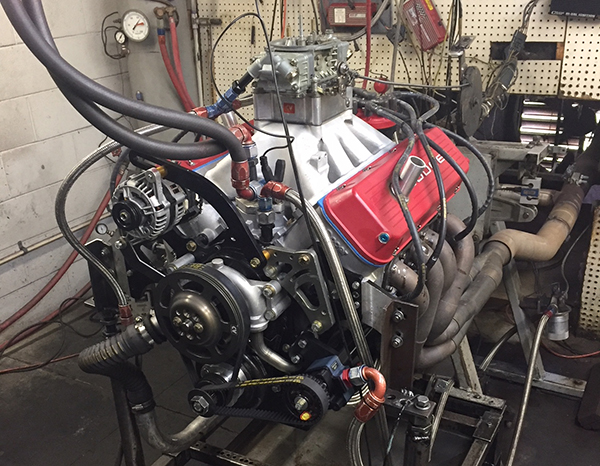