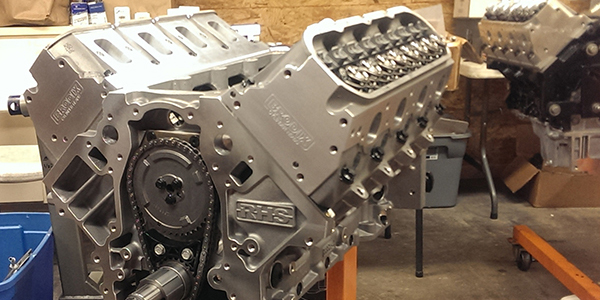 Erik Koenig has a long history of pumping out quality engines like this 527 cid LS1. This particular engine wasn’t a customer request, rather an engine Erik and his shop HorsePower Research wanted to build – making it the largest displacement for this engine in the world. Find out all the details of this powerful engine.

When it comes to engine size, people never want to go smaller, they only want to go bigger and bigger. Those people are in luck. Erik Koenig, the majority owner of HorsePower Research in McKinney, TX, builds the largest LS1 engine in the world at 527 cid.

“A lot of people think you can’t build a 527,” says Koenig. “It’s an even better engine because it’s just got more torque everywhere and it shifts all the power down lower or you can put a lot bigger cam and intake on and make even that much more horsepower.” 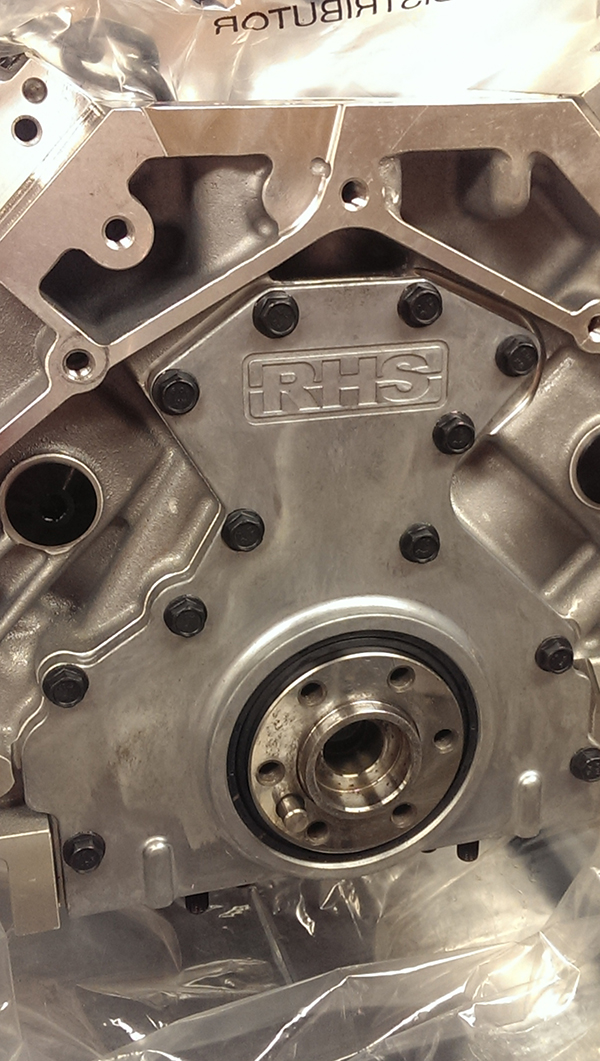 Koenig, like many engine builders, grew up around cars and engines. His grandfather owned a couple car dealerships and his other grandparents were farmers. However, it wasn’t until college that Erik really discovered his love for horsepower.

“I was in this sports car club and we would do road racing,” he says. “We had access to a WWII airport out there near Texas A&M in Bryan College Station area. I had a 5.0L Mustang, and we were playing with those all the time and taking the engine apart and putting them together and using local machine shops. During that time, I decided if we just had a shop that really did everything they said, had decent timelines, were honest and did stuff correctly, we would already be ahead of 90 percent of people.” 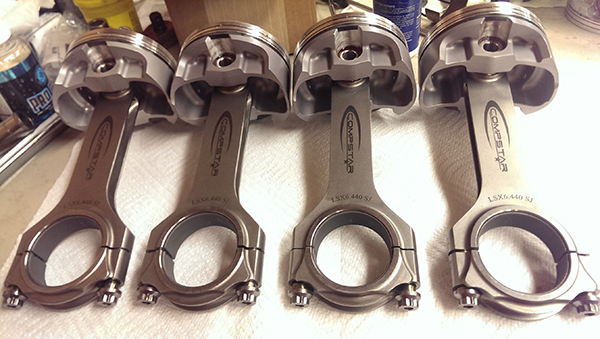 Erik ended up going to the School of Automotive Machinists (SAM) in Houston, and even worked there for about eight years as a teacher.

“One of the guys at SAM who was the main machinist, Pat Topolinski – he’s now on that show Engine Power – the two of us left to start an engine shop called HK Enterprises. We did that for some time and we really didn’t know what we were doing business-wise. We knew what we were doing with the engines, but we were not making huge amounts of money, that’s for sure.” 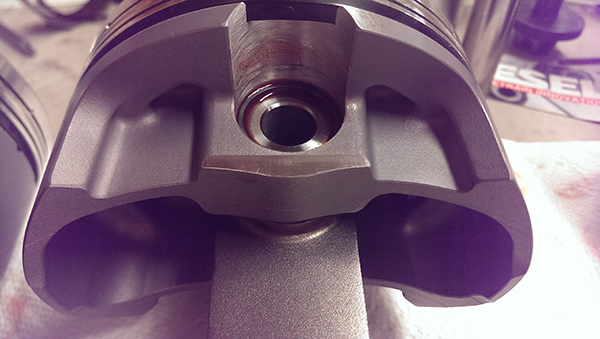 They both ended up going back to work at SAM for a couple more years, where Koenig says they did a lot of firsts with LS engine work.

“We did a lot of that stuff there because no one else was doing it,” he says. “We kind of got known, even at the school, for doing the late-model Chevy LS stuff – from the LS1 to the LS7.”

For the last eight or nine years, Koenig has been doing engine work on his own. Last year, he moved up to the Dallas area from Houston and went into business with a few partners to start HorsePower Research (HPR). 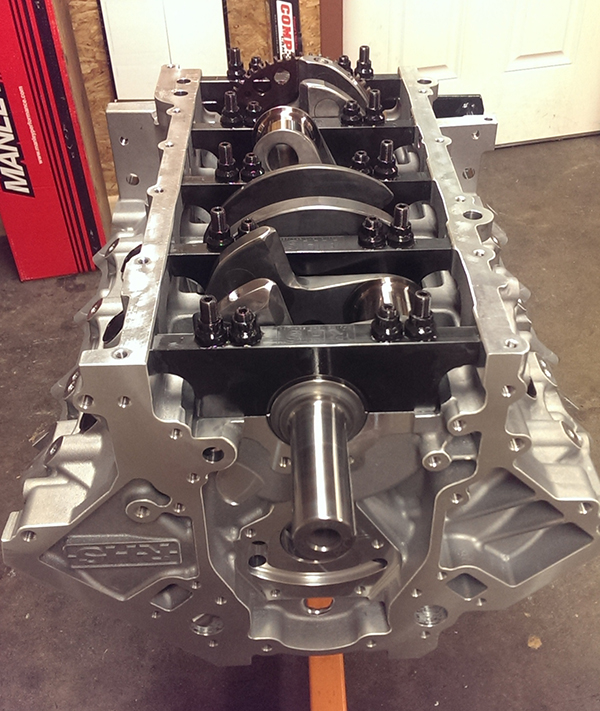 HorsePower Research is just over a year old now and has four employees. Koenig owns the shop along with his partners Ed and Terry. Anthony is the shop’s fourth employee, who helps schedule work and makes sure HPR gets paid.

“We do these late-model Chevy LS1s and LT1s that we do all manner of mild and wild and crazy, Pee Wee’s big top circus stuff to,” Koenig says. “We do work from plain Jane to ridiculous. We do small block and big block Chevys and small block Fords, but LS engines are the shop’s bread and butter.”

The shop is still in a growth stage and isn’t quite a full machine shop yet, but there are plans in place to give HPR more in-house capabilities. 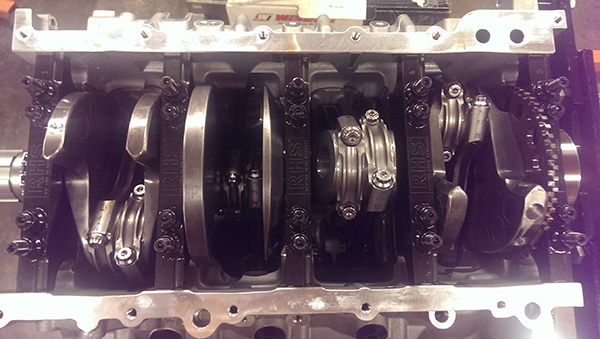 HPR uses a custom Sonny Bryant crank – all 8 counterweights are different in order to fit in the RHS block.

“We do all block stuff,” he says. “We do farm a lot of stuff out to other CNC shops because I know so many people. We’ll probably get a CNC machine of our own within the next year or two. One of our owners has a bunch of CNC stuff and he’s just a mile or two down the road from us. We’re eventually going to move over there with him. They’re building a new building.”

In the meantime, Koenig has kept pumping out quality engines like this 527 cid LS1. This particular engine wasn’t a customer request – it was one Erik wanted to build – making it the largest displacement for this engine in the world. Only LSX Race Engines Australia (a division of GM Motorsport) has done one as well.

“They’re the only ones I know who have built one like ours, but theirs is one-half cubic inch smaller,” he says. “We do the 527 LS1 engine as race engines, endurance engines, drag engines, and for street cars. With the raised cam tall deck blocks, like the Dart and RHS specifically, those you can put a lot more stroke in it and a lot longer cylinders and you can make everything bigger. Then you can go up to real racecar cylinder heads and the horsepower does scale. 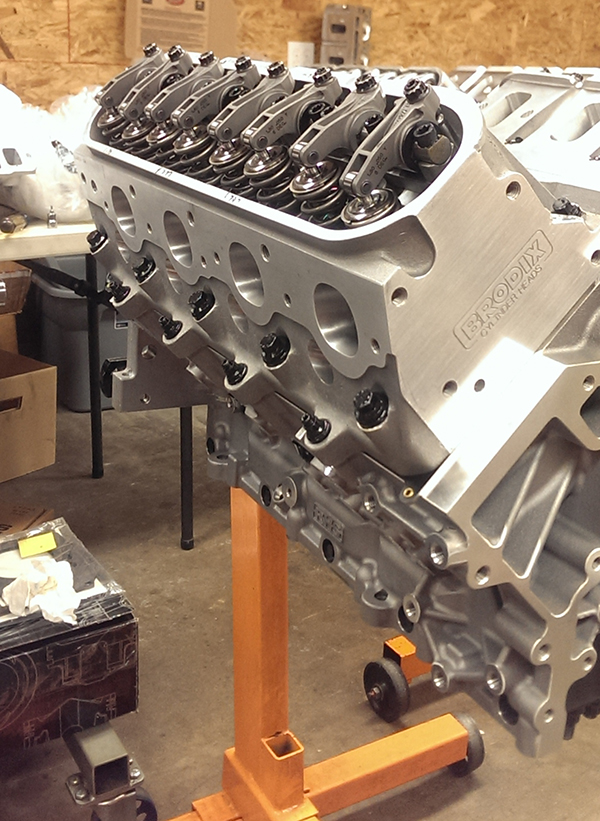 “People just don’t think you can do it. We have 527s that make more horsepower than blower motors and there’s not a blower. People open the hood and they’re looking for nitrous, but there isn’t any.”

Koenig does admit that while he has built many 527 cid LS1 engines to date, at this level it isn’t an easy build.

“We have a custom rod and we have a custom crank that Bryant builds us where every counterweight is different just to shoehorn it in that block,” he says. “We use our own custom, 6.440˝ steel connecting rod. It has an .866˝ pin and it’s a small journal Chevy bottom. The crank is an eight counterweight Sonny Bryant, and it’s made for what we’re doing with it. This crank is the main thing that makes this engine possible. The pistons are made by Wiseco and they have a special piston they made for us that we’ll use in the 468 all the way up to the 527.” 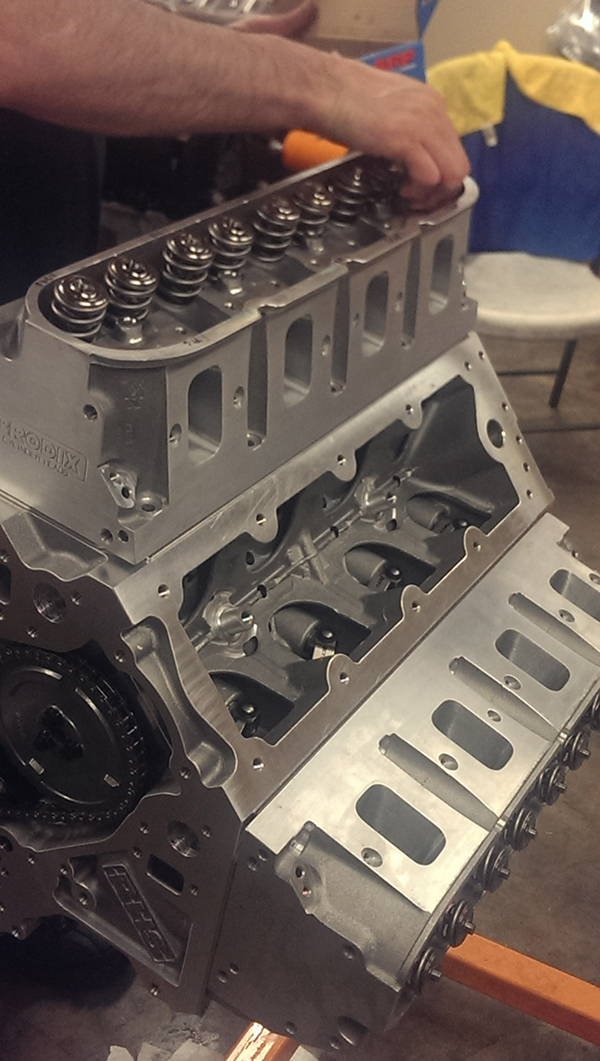 The 527 is a naturally aspirated engine. The pistons are too short to have a big power adder on them, but according to Koenig, they have a nice low taper and are really lightweight to keep the bob weight down for the balance. In addition, the 527 LS features Total Seal rings and COMP cams. 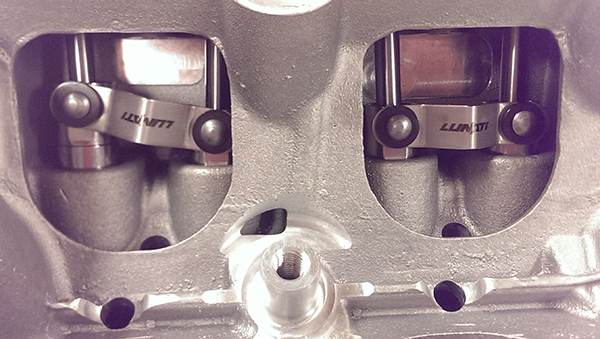 Since the 527 engines are so big, even with the best heads in the world, Koenig says they run out of air by about 8,000 rpm. This allows for a lot more lift because of the low rpms and makes a more reliable engine.

However, it’s the manifold that Koenig says is the main reason why most people don’t build these engines.

“The manifold on it will end up chopping most of the horsepower off,” he says. “The manifolds end up being kind of custom. MSD has that plastic manifold called AirForce, and that one is relatively decent for a street car. You have to put spacers on it. Above a street application we have to do a custom manifold.” 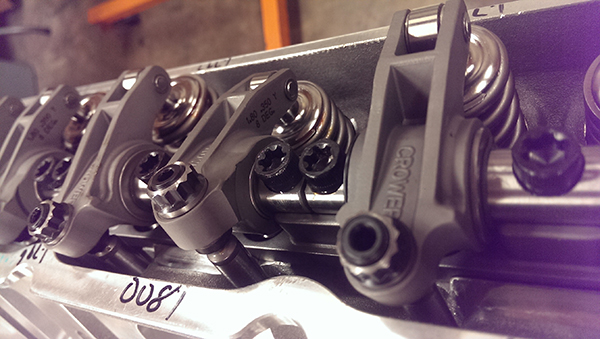 The 527 engine uses LS7 heads or bigger because the engine is so large. For this 527, HPR used Brodix cylinder heads. The 527 LS1 also gets Cometic gaskets.

“On these engines we can only use Cometic because, even with a taller deck, to get our piston right we run the piston way out of the hole and we’ll use real tall head gaskets they make that are like .150˝ tall. They have a built-in aluminum spacer in them.

“We also have some that we use from Cometic that have a kind of parallel cooling modification where instead of the normal LS1 oiling, all the water comes up through the exhaust port and spark plug area and then out the top of the head in the front and the back, and Cometic makes that for us too. You have to custom order those.” While this engine has a lot of goodies, the true stars of the 527 cid LS1 that really make it tick are the heads and the manifold as far as getting a lot of power.

“The right heads and intake make sure you end up getting something out of it,” Koenig says.

HPR’s 527 cid LS1 engine cranks out between 650-720 hp at the wheels with a compression ratio around 11.5:1, depending on the application. With a quality manifold this engine can make 750 hp at the wheels. 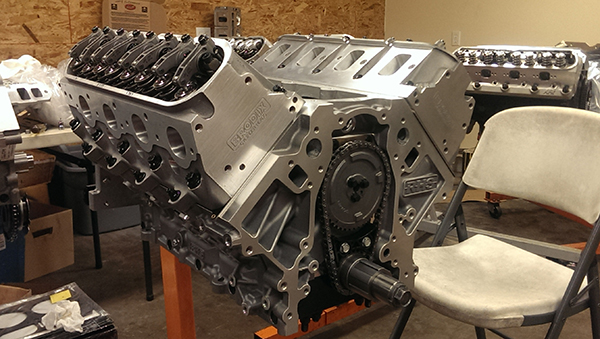