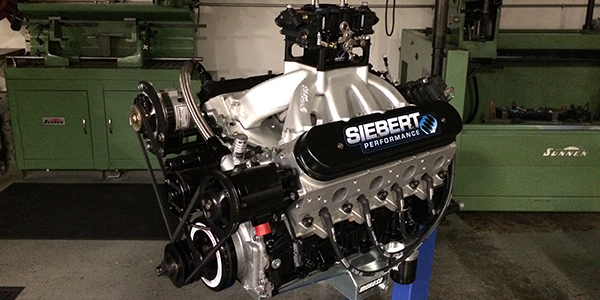 When Luke Siebert’s wife got a new job a few hours away from where they lived, Luke decided there was no better time to start his own engine shop. In 2013, Luke opened Siebert Performance in Topeka, KS, a full machine shop focused on building performance engines and carburetors.

“Most of our work is for drag race customers,” Siebert says. “A lot of them bracket race and we do some of the heads up and no prep racing too. We mainly focus on small block and big block Chevy engines and some of the Windsor Ford stuff. But probably one engine that we do more than anything is the LS engine. They’re just so popular now and that’s personally what I run in my racecar.”

Siebert, along with his three other employees – Trevor Ruge (Engine Assembly), Shawn Guinty (Machinist), and Brandon Hren (Inspection) – all graduated from the School of Automotive Machinists & Technology (SAM Tech) in Houston.

“I went through their block and cylinder head program,” he says. “It’s a very good school. They have everything to get you up and going in the industry. It’s a lot of hands-on work and lots of industry leading technology and skills that you learn there.”

He spent seven years following his time at SAM Tech working for Stinnett Automotive in Emporia, KS as a machinist before opening Siebert Performance.

“I was 25-26 years old and figured if I was going to do it, this would be a good time to try,” he says. “So in 2013, I started up Siebert Performance. It was just me at the time building performance engines and carburetors. We still to this day focus on performance engines – anything from a 300 horsepower street motor for a cruise night car, all the way up to 2,500 horsepower twin-turbo big blocks for heads-up racing stuff.”

The four-man shop also builds carburetors and sells parts around the world. Siebert’s is a full machine shop and does everything in-house but crank grinding and line honing. All of the block, head, intake, surfacing, boring and honing, seat and guide work, balancing, etc. is done in-house. 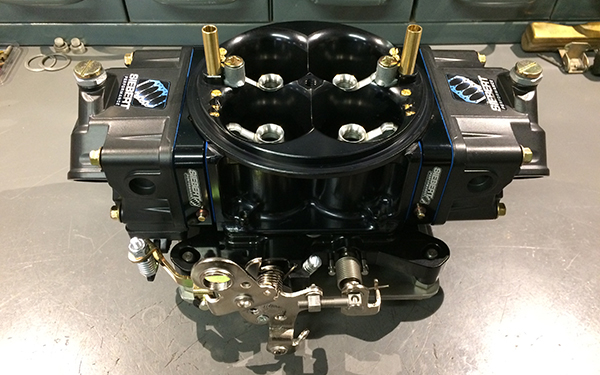 That engine is actually Luke’s personal race engine, which is set into a ’67 Camaro Super Stock car that weighs 3,300 lbs. 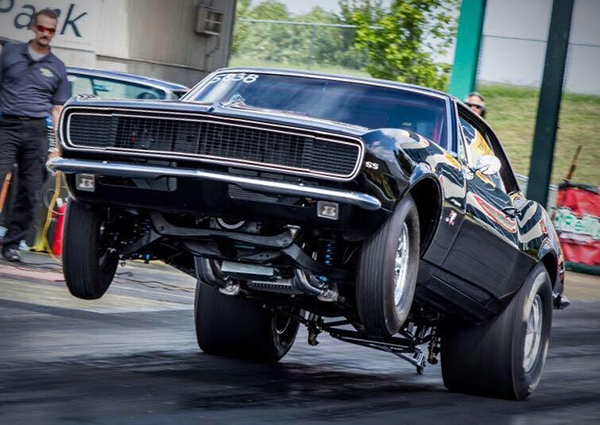 “I built this engine originally three years ago and it’s using a LQ4 6.0L iron block,” he says. “The COMP camshaft was chosen knowing in the future that bracket racing could be the route I go. The compression before was 11.8:1 with some flat top pistons. When it came time to freshen up, there was a little bit of wear in the cylinders, and being a stock block with that kind of power level, it’s hard to keep the cylinders round for very long. So those just needed honed out a little bit.

“It was also time for a new set of pistons. Knowing that we had enough camshaft to go with a little bit more compression, I decided to go with a 5cc domed custom piston that I worked with Wiseco on. I also updated the ring package in it and piston design so it’s got a .043˝ ring set in it with lateral gas ports.” 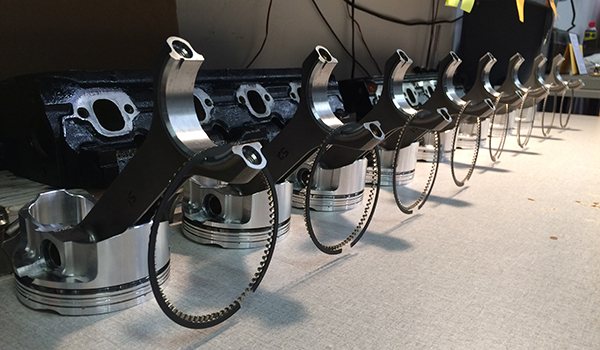 Siebert figured a Total Seal ring pack would help conform the cylinder and gas ports would be a good deal too to help ring seal on it. The carburetor the engine used to have was a 750 Siebert Performance had built. 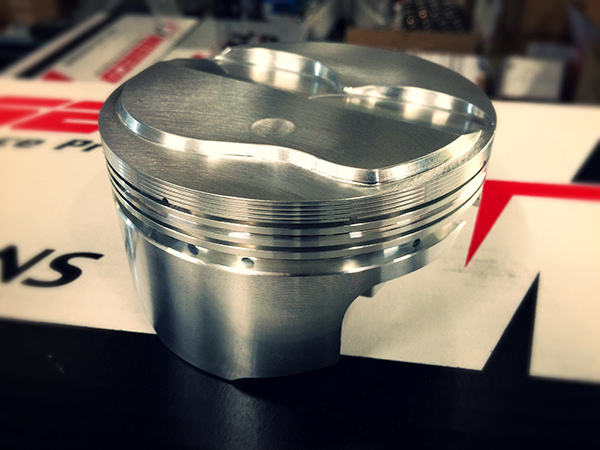 According to Siebert, even after 300-plus runs, the valve job on the heads was still pretty good, and only needed minor work.

“They weren’t beaten up,” he says. “They weren’t egg shaped and moving around. They just needed a standard freshen up valve job.”

The crankshaft for the 408 LS needed to be rebalanced due to the new pistons. Siebert had to add a little bit of heavy metal to get them to work. 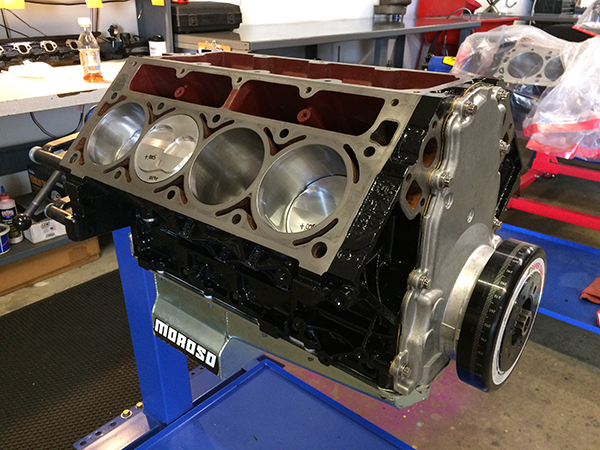 “We also worked with Rebco Machine out of Wichita, KS on the pistons trying to keep the weight down,” he says. “They did some piston lightening for us to get them down to something that’s not a paperweight that’s going to crack in 100 runs, but something that’s a little bit lighter and something we wouldn’t have to add a whole bunch of metal to the crank to get it to balance.”

Once the machine work on the 408 LS was finished up, Siebert was able to focus on the other engine internals. 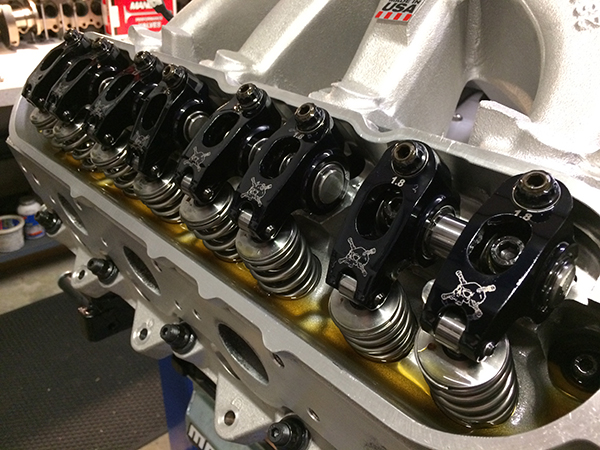 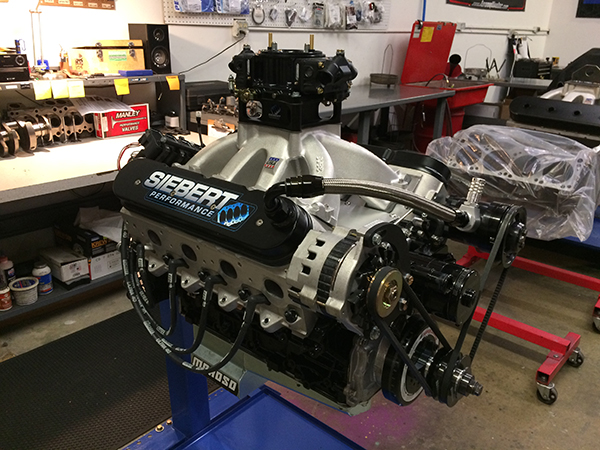 Originally, Luke built this engine as a max effort pump gas motor, but he ended up doing more racing with it, so when it came time for a freshen up, he decided to put some more compression in it. With the new Wiseco pistons, the engine is now at 13:1 compression with a hydraulic roller cam. Luke runs the engine on VP C12 gas. 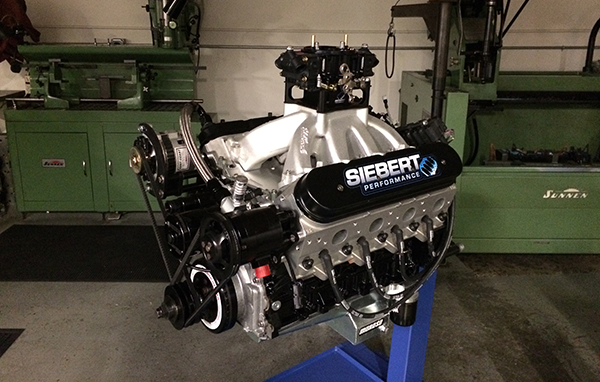 “The main purpose of the engine is to bracket race,” he says. “I wanted something that made some good power and something that is going to be reliable. On a bracket race engine we put 300-400 runs on it in between freshen ups. Your heads-up stuff might get anywhere between 50-150 runs between freshen ups. On a bracket racecar, we don’t want to be having to check springs and check lash in between each run. That’s why I stuck with a hydraulic roller to keep it low maintenance and something you can just change the oil in and dump gas in the car and go racing. That’s what it’s been for me.” 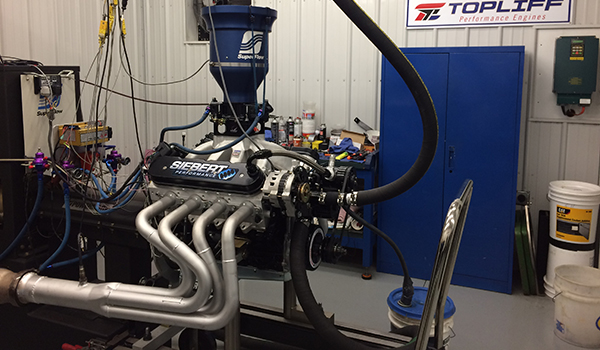 After the freshen up and some new parts, this 408 LS engine is making 742 horsepower and running strong quarter-mile times.

“I’ve only had it out a couple times this season so far with the compression change and with the new carburetor, but it’s gone a best of 9.84,” Siebert says. “I feel it should be able to go about 9.75 or so.” 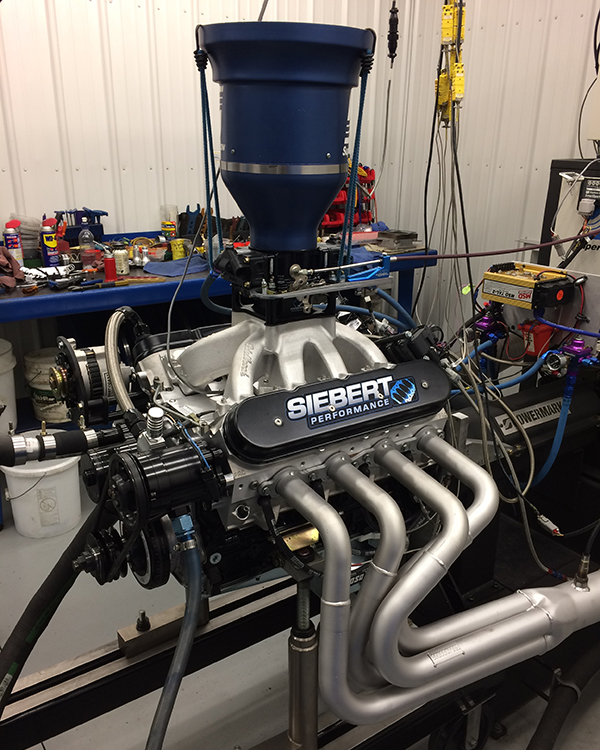 If you have an engine you would like to highlight in this series, please email Engine Builder magazine’s managing editor, Greg Jones at [email protected]com.