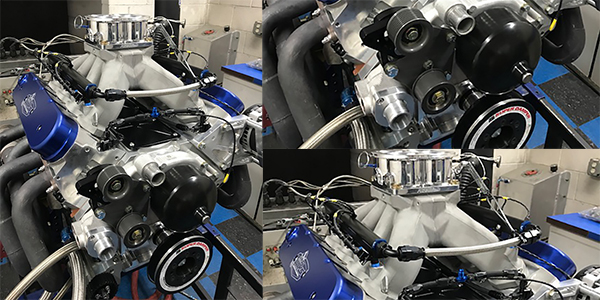 Adam Wik knew he was a motorhead at an early age. Auto shop was favored over playing sports and attending races ultimately led to him selling his belongings to open up Wiks Racing Engines. Off-road and endurance engines are the shop’s specialty, like this 454 Tall Deck LS engine for the Baja 500. Click to find out the full details.

If you ask Adam Wik how he got into this industry, he’ll tell you that he always had a love of cars and engines – he is a motorhead, if you will. In high school, he favored auto shop over sports and got into racecars early on. The hook was already set, but after attending an off-road race he knew an engine shop would be his calling.

“At that point, I came back and sold off all my racecars and anything I had to open an engine shop,” says Wik, who owns Wiks Racing Engines in Las Vegas. “We started off with four cylinder, air-cooled VWs and Porsches and just progressed into a variety of motors from big block and small block Chevys and Fords to inline four cylinder, Ecotec stuff. We do air-cooled motors still – we’re pretty versatile and don’t do just one basic package. We do a little bit of everything, but LS engines are our biggest market right now.”

Wiks Racing Engines started in 1992 in southern California. Adam moved the shop to Las Vegas in 2001. Wiks is a full machine shop featuring honing machines, a seat and guide machine, a Super Flow dyno and chassis dyno, mills, lathes and Tig welders, and generally has three to five full-time employees depending on workload.

“Our main deal is the off-road racing applications and endurance-based engines, however, from way back I’ve always been a drag race guy and we are starting to tap into a little bit more of the drag race and big block stuff,” Wik says. “In the next couple of years that’s another market we’re going to try and hit hard and heavy.

Sticking with the shop’s off-road focus today, Wiks recently finished up a new 454 tall deck LS race motor that’s going to debut in Mexico at the 50th Baja 500 in a Class 1 car.

“This engine is a nice package,” he says. “It’s a LS motor that’s 454 cubic inches. It’s a tall deck RHS block. We chose the All Pro cylinder head package. The engine has MoTec fuel injection. This motor also has a Sonny Bryant crankshaft, a Dailey oil pan – all dry sump five stages. The compression ratio is 12.5:1.”

A unique thing about this engine, since the off-road world doesn’t require high rpms, is the engine is limited to about 7,200 rpm. Wiks also built this engine around a hydraulic roller system.

“We’ll see how it holds up,” he says. “Most guys don’t do that and we chose to go this route to begin with maintenance wise and cost effective wise in the long run. As soon as you go solid roller you start talking huge expense, so we thought we’re going to do something a little bit different and out-of-the-box, again because we really don’t rev the off-road packages much over 7,000 rpm. With the LS motor we’ve had no problems with that in a hydraulic base package.”

The block Wik used came from RHS, which the shop had to finish hone and mainline deck. The cylinder head package came from All Pro, and aside from disassembling the heads, not much other head work needed to be done.

“The cylinder head package from All Pro basically came ready to bolt on,” Wik says. “They were really good to work with because we told them what we wanted cc chamber wise and they hit it on the number, and those are close to off the shelf from them. Everything was exactly what they said it would be. We did a final clean on them, assembled them and went from there.

“We had to do a little bit of work in the front area [of the engine]. We used a RCD gear drive system on it, which is pretty standard on a tall deck application.” 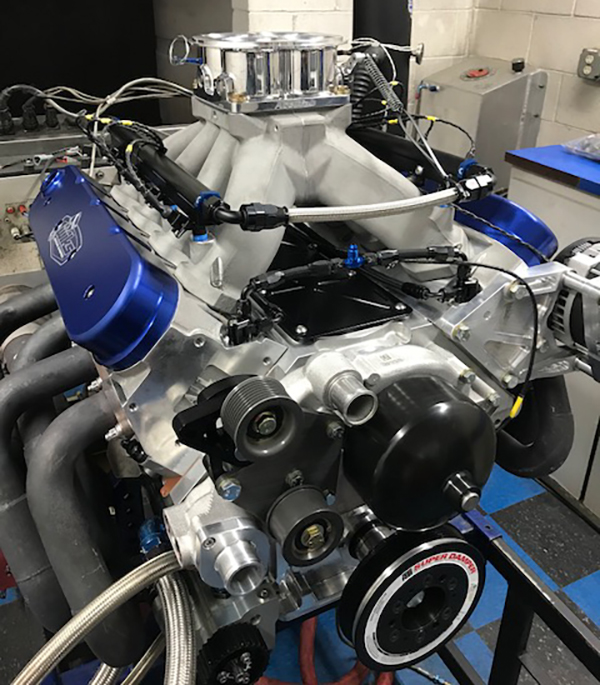 On the dyno, Wik says the 454 LS pumped out 760 horsepower and made about 650 lb.-ft. of torque. Now that it’s all finished up, this engine is off to Mexico for the June 2nd Baja 500, and will be run inside a JIMCO Racing Products Class 1 car for Wilson Motorsports. 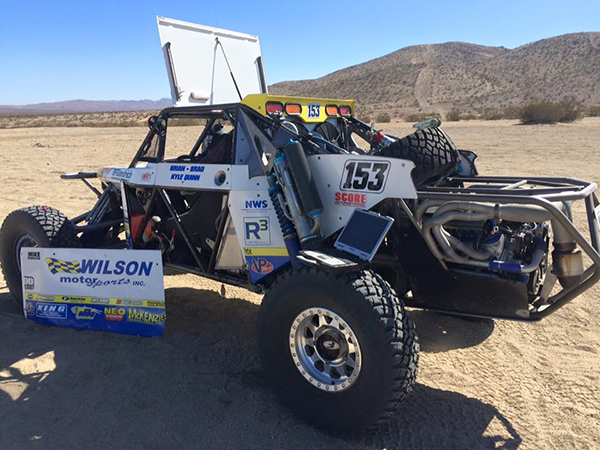 This is a similar car to what will run at this year’s Baja 500.