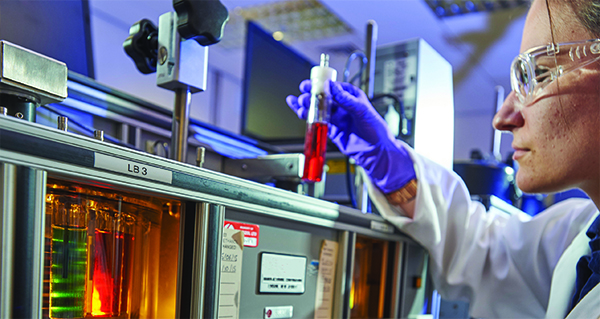 The ROI benefits may outweigh the maintenance challenges

With a year of the new American Petroleum Institute (API) CK-4 and FA-4 oil categories under the industry’s belt, many of your diesel customers, especially fleets, have likely switched over to the CK-4 formulation, as that was the engine OEM-approved backward compatible formula. The transition to FA-4 formulations for 2017 engines, on the other hand, has been a little slower.

“Lubrizol views the rollout of API FA-4 as quite successful from a technical and performance perspective,” said Colin Repko, product manager for heavy-duty diesel engine oils with the Lubrizol Corp. “We continue to see products that can offer fleets best-in-class fuel economy without sacrificing engine durability launching successfully. Accomplishing that balance was the formulating hurdle the industry needed to overcome.”

Repko noted three main challenges facing the FA-4 formulation. “First, we continue to see room for improvement in fleet awareness and understanding of API FA-4. Second, diesel fuel costs have been lower compared to the development time of the category. Finally, and by far most impactfully, varying levels of OEM acceptance and backward compatibility have been the greatest headwind.”

The majority of engine manufacturers approved FA-4 formulation for use in their 2017 model year engines, though Detroit was the only manufacturer to factory fill with FA-4 oil.

“FA-4 is currently only recommended for a very specific group of engines from the major OEMs,” stressed Tony Negri, commercial products manager with Phillips 66 Lubricants. “Fleet owners should specifically identify units running FA-4 engine oil with ID tags that can be attached at or near the fill cap. Also, the oil supply itself (drum or bulk) should be identified on the shop floor as a unique fluid for specific engines.”

Now that the transition is well within the rear-view mirror, it’s a good time to take stock of the FA-4 oil benefits and see if the benefits of this new oil are worth yet another change in your heavy duty customers’ lubrication specifications and managing the logistics of stocking two oils.

“The launch of API CK-4/FA-4 oils was the biggest overhaul in engine oil specifications in a decade,” said Brian Humphrey, OEM technical liaison with Petro-Canada Lubricants. Humphrey says it’s understandable that end users might be confused about how the oils differ to their predecessors, and why this is the first ever split category in engine oils. “The launch of FA-4 oils in particular has been a significant area of interest as they marked a significant step change in the development of lower viscosity oils to meet the needs of the engine designs of modern heavy-duty fleet vehicles,” he said.

To date, API has licensed approximately 654 CK-4 and 83 FA-4 oils, which ensure that the newest categories of diesel oil for use in on- and off-highway vehicles and equipment are available in the marketplace. While engine manufacturers will set the oil formulation usage, FA-4 oils are readily available, both in packaging and bulk.

Before we get into why diesel owners may want to invest in FA-4 oil, let’s be clear: FA-4 oils are meant for 2017 model year engines, and only if the engine manufacturer has approved that oil formulation for use. (One quick exception: Detroit has approved FA-4 for use in some 2010 model year engines.) Most engine manufacturers have approved FA-4 oil for use in 2017 engines, but the first step in seeing if FA-4 is a fit for your customers is to triple-check their engine oil manufacturer’s specifications.

With that taken care of, the primary benefit of moving to an FA-4 oil in 2017 engines is the fuel economy benefit.

“A CK-4 15W-40 to a FA-4 10W-30 shows about a 2% fuel economy gain in a typical highway application,” said Dan Arcy, Shell’s global OEM technical manager for the Americas, noting that 2% is a ballpark figure and can be impacted by engine make and application. “I think a quick, back-of-the-envelope calculation will tell a fleet that it is it worth it. If they have 100 trucks, 200 trucks or 500 trucks, I think the payback is pretty quick and worth it. But again, they’ve got to make sure they can manage two different products.”

And that’s the rub – carrying and managing two oils.

“A common misconception our technical advisers have encountered is that the lower viscosity FA-4 oils do not offer the same level of protection as previous categories – ­in particular, the SAE 15W-40,” Petro-Canada’s Humphrey said, noting that all major North American engine OEMs have been factory filling with SAE 10W-30 oils for many years. “This is not the case: API CK-4 and FA-4 oils have been specifically designed to be more robust and resistant to oxidation compared to their CJ-4 predecessors. This may mean that with proper oil filtration, longer oil drain intervals may be achieved. They are also designed to improve resistance to aeration and have increased shear stability, which will provide enhanced performance and greater hardware protection over time.”

“Fleets that were early adopters in changing from SAE 15W-40 engine oils to lower viscosity such as fuel-efficient SAE 10W-30 have confidence in the benefits of lower viscosity oil, and therefore are more receptive to taking the next step to greater fuel efficiency with the FA-4 type oils,” said Mark Betner, heavy-duty lubricants sales manager with Citgo Petroleum. “For fleets still reluctant to change from SAE 15W-40 oils, the change to an FA-4 type oil is not only dependent on having FA-4 compliant engines, but also making the leap from SAE 15W-40 to a lower viscosity FA-4 oil—which is unchartered territory for some fleet managers.”

Performance benefits of a thinner oil can also been seen when the snow starts to fly, according to Arcy.

“As the oil gets colder, it gets thicker as well. As it gets thicker, it takes more energy to pump, which obviously means more work on the starter and those kind of things,” he said. “With the lighter oils, you have less internal friction that takes place, so it’s easier to turn over, which means less energy from the battery. And we all know that in colder weather, your batteries, especially in the extreme cold, lose some of their cranking capability. When we run a cold crank simulator, it shows how much energy it take to pump oil through the engine and how much energy to crank over the internal friction of the oil. A thinner oil makes it easier for the engine to start in colder temperatures.”

The Duality of Diesels

“With some new diesel engines requiring FA-4 oils, fleets, shops and technicians need to learn how to manage CJ-4, CK-4, and FA-4 oils in their shops,” advised Kevin Ferrick, senior manager of API’s Engine Oil Licensing and Certification System, who went on to make a few suggestions to ensure the new oils are being installed as recommended include the following:

Bulk Tanks: Replacing CJ-4 with CK-4 should be a simple transition because CK-4 is backward compatible and an improvement over CJ-4. You can still carry CJ-4 oils in drums if you want to keep some on hand. FA-4 would require the use of new tanks.

Dispensing Oil: All dispensing equipment should be properly labeled with product name and viscosity grade to prevent misapplication.

Education: Technicians should be made aware of the changes to oil categories and requirements for each.

Bullet point lists make everything seem simple, but these steps are easier said than done.

While that can provide some peace of mind for honest mistakes during the FA-4 transition, having a lax attitude in which oils are going into which trucks is not recommended. Setting the expectation for your maintenance team up front is one of the most crucial steps in carrying two oil formulations.

Petro-Canada’s Humphrey said. “We recommend that fleet managers and owner-operators always consult the OEM recommendations in their manuals, or contact them directly for further advice when deciding upon which product type they should stock. It’s also crucial that fleet owners choose credible oil marketers who can demonstrate their credentials with concrete proof, such as OEM approvals and customer testimonials. The consequences of selecting the wrong viscosity grade can be serious, for example invalidation of warranty, increased wear, inefficient engine operation or unnecessary downtime.” 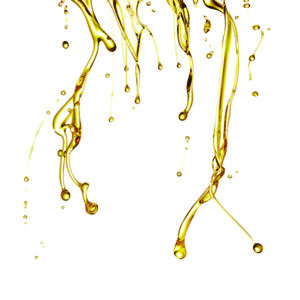 A common misconception our technical advisers have encountered is that the lower viscosity FA-4 oils do not offer the same level of protection as previous categories—­in particular, the SAE 15W-40.

Engine manufacturers set the oil drain intervals for their engines, but many fleets tend to push their oil intervals even further; they do so under a stringent oil analysis regiment. Make sure your customers understand the critical importance of checking with their engine manufacturer and oil supplier before embarking on an extended oil drain interval quest. Those engines aren’t making any money if they’re in for emergency repair, so remind your customers to follow approved maintenanc procedures.

“Conducting used oil analysis is the best ongoing indicator of engine and lubrication health,” said Lubrizol’s Repko. “There is some misconception around the importance of remaining TBN in used oil sampling. At least in North America, where ultra-low sulfur diesel is now the norm, this has much less relevance than in the past. Instead, fleets should closely monitor for signs of wear and corrosive metal content increasing, high oxidation and unacceptable drops or increases in lubricant viscosity.”

This is doubly important if you’re making the switch to FA-4 oils and want to see the proof in the oil pudding for yourself.

“It is important to note that the API testing requirements for FA-4 engine oils are the same as for CK-4 so performance of the lower viscosity products in the correct applications is equal,” Phillips 66’s Negri said. “While some OEM drain intervals are increasing, the best approach whenever considering extended drain intervals is a measured one, due to the great number of variables between different models, loads, duty service and other factors. We always recommend using an oil monitoring program and consulting a supplier’s technical representative to determine reasonable step-out intervals until goals are met.”

“Oil analysis is critical for extending oil drain intervals,” Shell’s Arcy said, noting that he recommends that used oil analysis should be done at least every time there’s a drain, and more often if you’re evaluating an oil or drain schedule. “One of the things you’re trying to do with oil analysis is identify any type of oil. Let’s say your customer has an air system that’s leaking, or you’ve discovered coolant in the oil: You want to catch that early, and oil analysis is going to allow you to do that – especially since trucks aren’t coming in for maintenance as often as they did 10 years ago.”

Another issue to issue to look out for in FA-4 oils is fuel dilution.

“Keep in mind that FA-4 oils are formulated at lower viscosities within the same viscosity grade. This could mean that if a fleet is experiencing excessive or frequent fuel dilution, the impact of fuel dilution resulting in decreased oil viscosity and thinner oil films could have even greater impact on some engines,” Betner said.

In terms of how often you should perform a used oil analysis, Lubrizol’s Repko agreed with Arcy’s minimum – at every drain interval – but went on to say that more conservative, risk-averse fleet managers might want to consider pulling a sample every 20,000 to 30,000 miles during other preventative maintenance. Offer the service and be your customer’s hero. ν

A common misconception our technical advisers have encountered is that the lower viscosity FA-4 oils do not offer the same level of protection as previous categories—­in particular, the SAE 15W-40.

What Your Diesel Customers are Asking About FA-4 Engine Oil