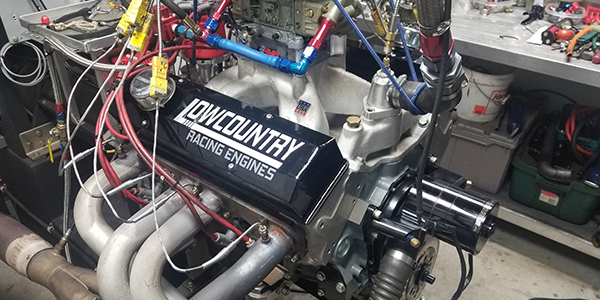 Many people can relate to their parents telling you your career choice wasn’t good enough. “You’ll never make any money,” they say.

When Brandon Judy told his parents he wanted to go to school for automotive machining and engine building, they thought of the skill and career path as more or less a hobby. Lucky for Brandon and his customers today, his uncle was a big influence on him becoming an engine builder.

“My parents had no clue how much money is actually in the automotive and racing industry,” Judy says. “It really shocked them how big it is because neither one of my parents have ever been into performance cars or anything like that.”

Brandon’s uncle owned a shop while Brandon was growing up, and was the one responsible for getting him into cars and engine work.

“I would go down there in the summer time to keep myself out of trouble and learn about motors, do a little bit of work for him and clean parts,” Judy says. 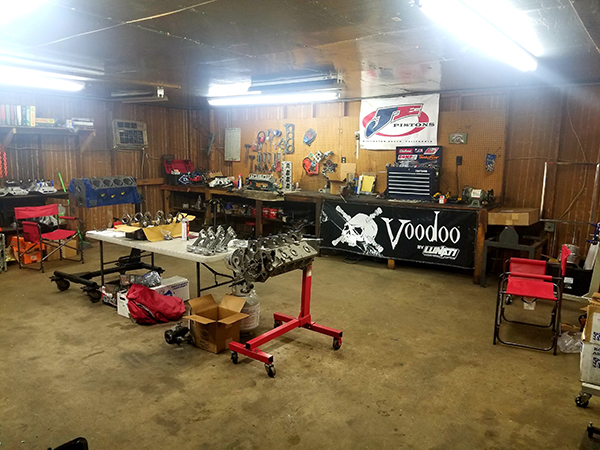 That early experience helped steer Brandon to open the doors of his own shop, Lowcountry Racing Engines in Ridgeville, SC, in July 2016 after finishing the block and cylinder head program at the School of Automotive Machinists in Houston.

With a long background working on engines and a positive outlook on the engine industry, Brandon’s first two years in business have been going well.

“Ever since we opened for business in 2016, it’s been nonstop,” he says. “We can’t seem to get caught up fast enough. We have customers coming in every day. It’s really unreal.”

The shop is owned and run by Brandon, however, his good friend Nick Bussiniah helps him part time. Since Lowcountry is still a newer shop, Brandon relies on a few local machine shops for block work and a dyno. 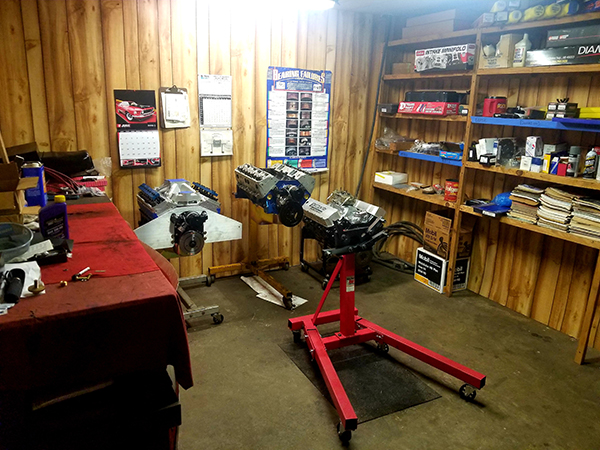 “When someone brings in a motor I will take it apart or order parts if it’s a fresh build,” he says. “I have a couple of machine shops that I deal with.”

Brandon makes sure that he does all the necessary measuring, parts ordering and engine assembly for his engine jobs. He says that machines are on his list of future business items.

“I don’t have too much invested into the business and the shop right now,” he says. “I have all the tools and stuff I need, but when it comes to machinery, I’m still trying to get my new business off the ground.”

Lowcountry has a focus on bracket and grudge racing engines as well as hot rod engines.

“We’ll produce as much horsepower as people can afford, but generally we’re around the 500-700 horsepower range,” he says. “We could do more, but that’s just where our business is at. Our area sees a lot of 1/8 mile racing and backwoods track racing.”

“We do traditional V8 stuff,” Brandon says. “I try to stick with the stuff that I know and I try to perfect that as much as possible instead of getting into stuff that I don’t. I know what works and how to get the numbers my customers want.” 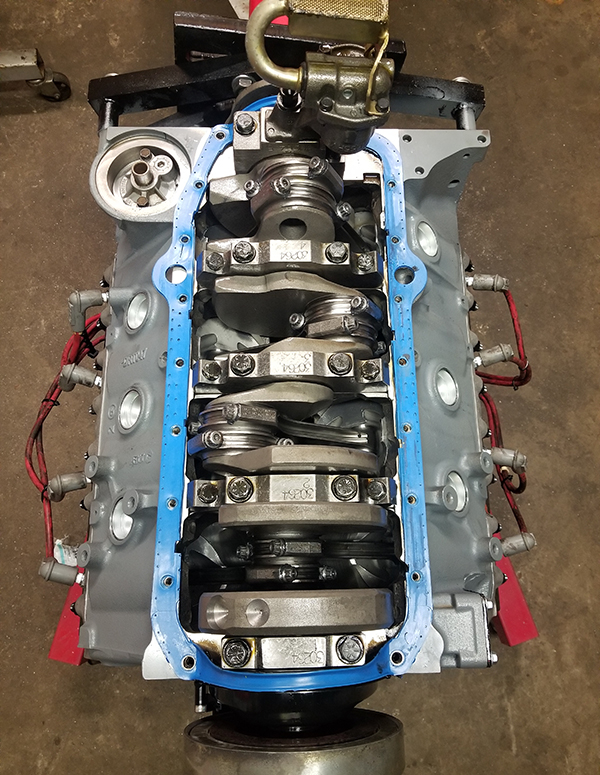 Speaking of customers, Brandon’s first customers through his doors in 2016 were two brothers who do bracket and gambler racing in a 1970s Chevy Vega. The car had a 383 Chevy in it at the time Brandon met first them at the local track, and the engine wasn’t running well.

“They had a little 383 in it that wasn’t running half right, so I built them a 406 small block Chevrolet,” he says. “I pulled that motor apart this season just to check everything over and we found out they had cracked the block in it so we decided to upgrade to a Dart block and put a little bigger stroke in it. They don’t have to be super fast to win gamblers or bracket races, but the faster you go, the more fun it is.”

In an attempt to step it up a little for his first customers, Brandon recently finished up this 434 small block Chevy using a Dart SHP block.

“This 434 is definitely going to put the customer where he wants to be with ease,” Brandon says. “Nick [Bussiniah] helped me get the motor done and dyno’d in time.” 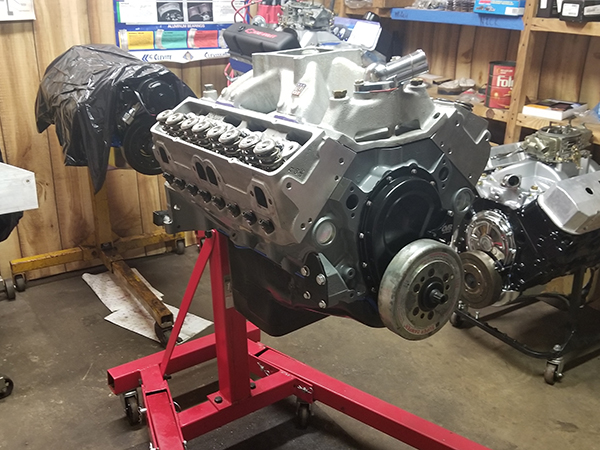 The previous engine was a stock block 406 with 11:1 compression and a small, solid roller cam and stock Brodix Track 1 heads. According to Brandon, that motor made 542 horsepower. 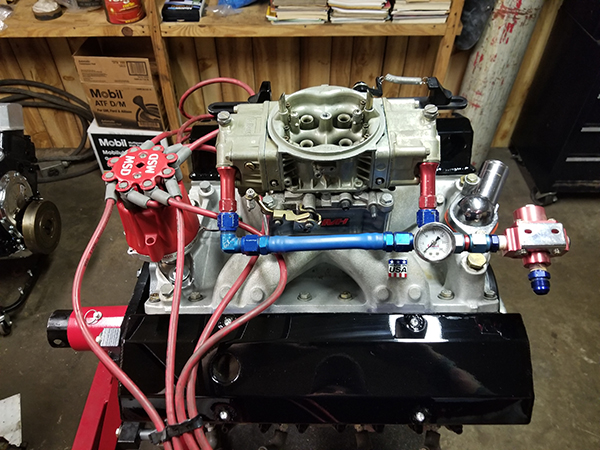 “We used Brodix Track 1 heads that I did some port work to this time,” he says. “Since we’re stepping up the motor it’s going to need more air. The block also took a lot of clearancing to get a 4˝ stroke crank to fit in it, and a lot of clearancing for the connecting rods and the camshaft too. We had to cut the rods to clear even a small, base circle cam.” 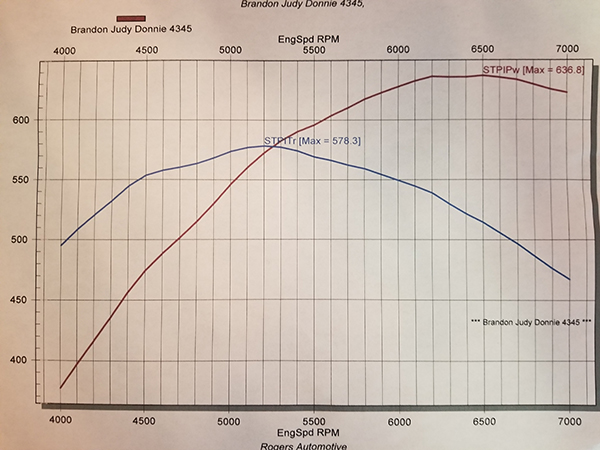 “Every time we dyno a motor, those spacers seem to be worth 12-18 horsepower every single time,” Brandon says. “The 434 made 636 horsepower with a compression ratio of 13:1.”

However, Brandon says the engine could make 650 hp or more under the right circumstances. And with the engine wrapped up and ready to race again, this won’t be the last time Brandon sees the 434. In fact, he makes an effort to get to the track often with his customers. 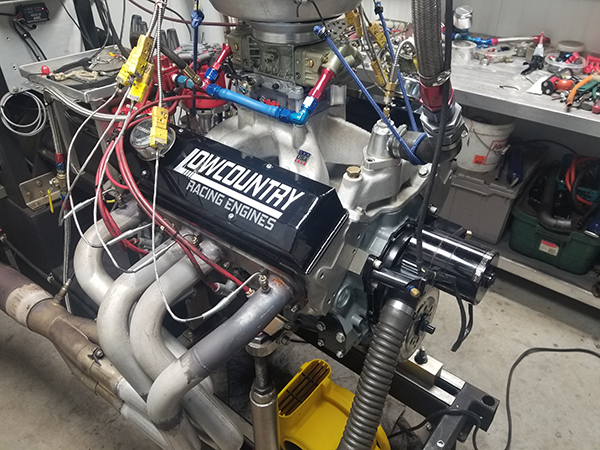 “I try to go to the drag strip as much as possible,” he says. “I don’t just build motors with no warranty and tell the customers good luck. I’ve always become friends with my customers and I still call and text my customers. When they go to the track I go to the track with them and help tune up their engine. I’m at the track all the time.”

With nearly 100 hp more than the previous engine, Brandon should be witnessing a lot of victories at the track this season. 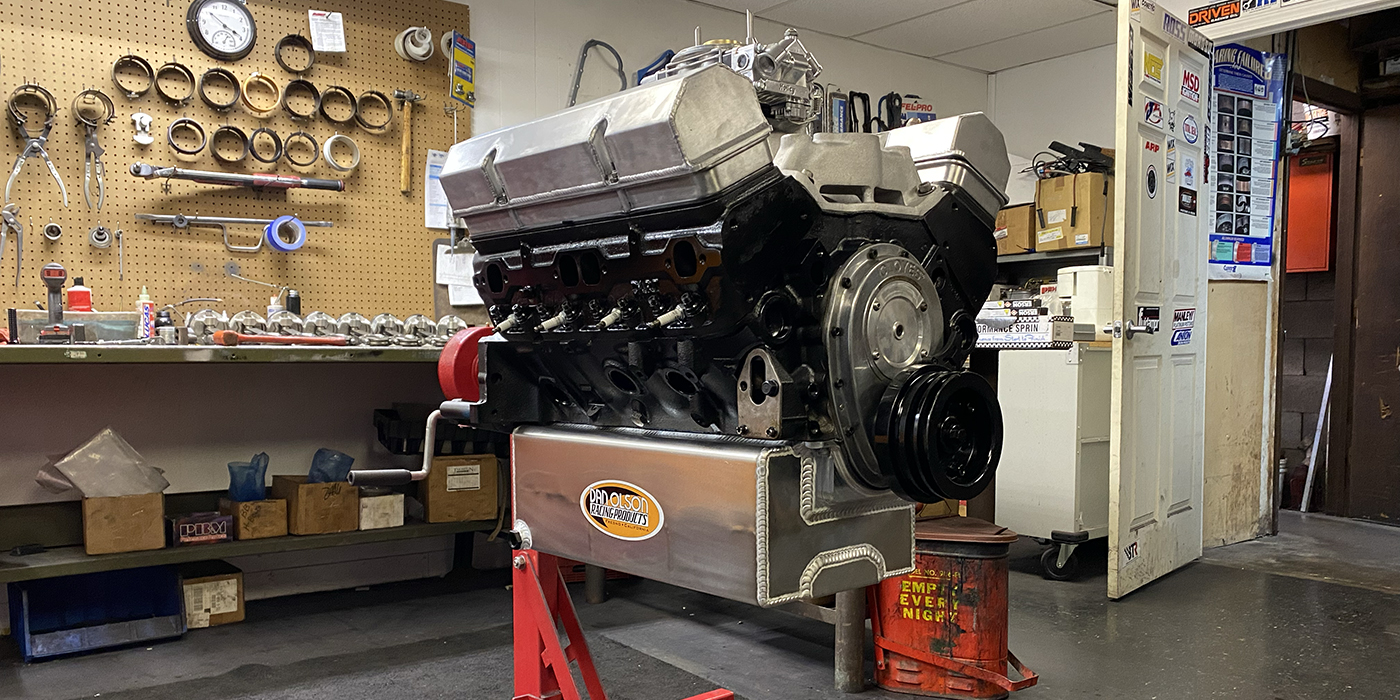