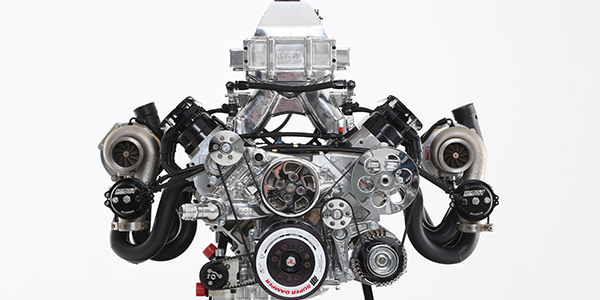 With plenty of power and great reliability, this 454 cid twin-turbo LS engine keeps customers knocking at Redline Performance’s door whether they’re here in the States or overseas in the Middle East. Find out what makes this 454 LS Redline’s most popular engine package.

As a kid, Mike Porter spent his time racing motocross, quads, jet skis and go karts. With the help of his dad, an ex-drag racer, the Porters would do all their own engine work, and were always in the garage wrenching on cars and boats.

When Mike Porter got out of high school, he went to work at a couple different places before deciding to branch out on his own and start his own shop in 1992. Now 51 years old, Porter has been running Redline Performance for 26 years in the Anaheim, CA area, which started life as a shop dedicated to marine, outboard, two-stroke engines. 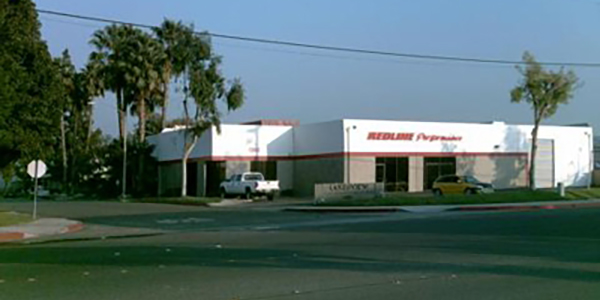 “Since everything I raced was two-stroke, outboards intrigued me and I was doing work for other shops that would farm out their engine work to us,” Porter says. “We started with marine outboard engines, and then friends of mine were getting into the sand rail, off-road hobby and I wanted to take an outboard V6 motor and put it in a sand rail. However, my friends pointed out that instead of reinventing the wheel, another buddy had a Mazda rotary in a sand rail, which is like a two-stroke. He had me come out and drive it and I got hooked on that engine and we went full Mazda Rotary for about 15 years building crazy two rotor, three rotor, twin-turbo, alcohol – just high-horsepower Mazda Rotary engines.” 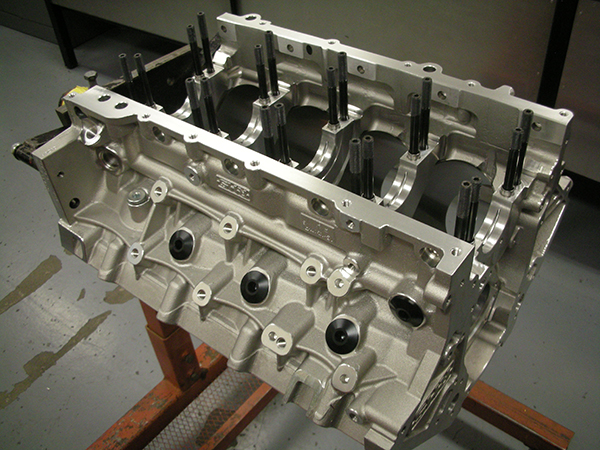 Over time, the cars got bigger and heavier, and that Mazda engine is a small displacement motor without a lot of torque in order to move those cars around as fast as guys wanted. Porter found he was having to run too much boost and the reliability went down. In response, Redline started to adapt and began doing work on V6 engines, then Honda V6s, then Cadillac Northstars and then into the LS platform.

“That LS platform is kind of where we’re still at right now,” Porter says. “The LS engine is the majority of what we do. It’s probably 80 percent of what we do and the rest is big block Chevys, boat motors and some four-cylinder engines for certain off-road racing series and Spec engines. We do a lot with drift car, sand car, off-road racing, boat motors, and 1/4-mile drag car engines.” 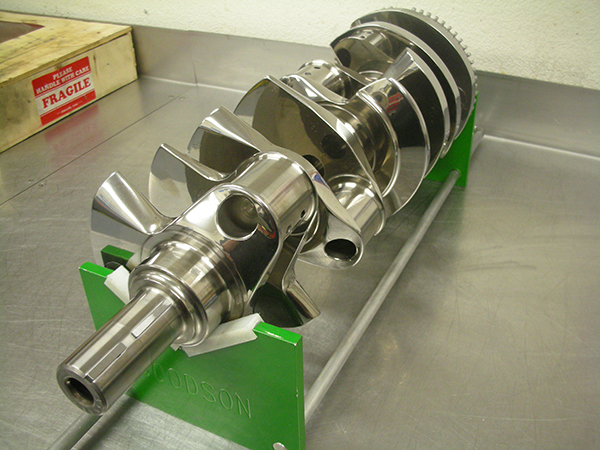 With Redline doing work on all these different kinds of engines, the shop employs 13 full-time employees and features an engine and a chassis dyno as well as two buildings.

“All of our engine assembly is done in-house,” he says. “Two doors down is our service shop and we do all of our wiring and our electronics in-house, and all of our fabrication. For engine machine work like honing and boring, I have a company right down the street called Engine Supply that I’ve used for 20 some years. They turn my stuff around the next day.” 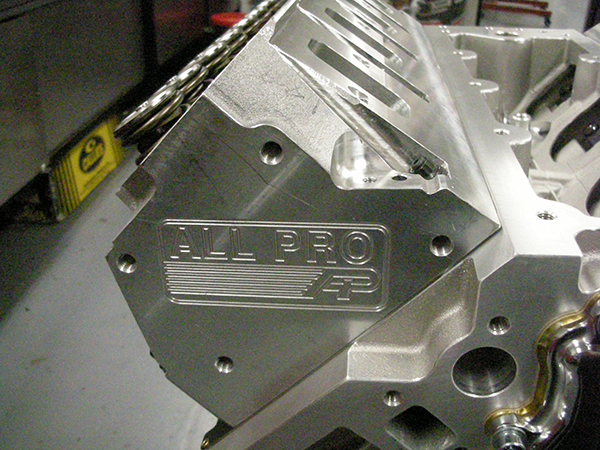 One of the more popular LS engines that Redline Performance builds is a twin-turbo LS for sand car applications.

“They’re used here domestically and we ship them over to Dubai, Qatar and Abu Dhabi,” Porter says. “The engine is a 454 cid LS-based twin-turbo engine with MoTech electronic fuel injection. We use a RHS tall deck aftermarket block, All Pro cylinder heads, titanium intake valves, Inconel exhaust valves, Isky valve springs, T&D steel shaft mount rockers, a Callies billet center-counterweighted crankshaft and billet Ultra rods, COMP cams, CP pistons, Total Seal rings, and all the turbos we run are Precision turbos and waste gates, and we use Injector Dynamics for injectors. Our intake manifolds vary. All the stainless steel headers we build ourselves. We use Clevite bearings and head gaskets are Cometic and all the rest of the gaskets are OEM factory gaskets. We also use a Dailey Engineering dry sump system.” 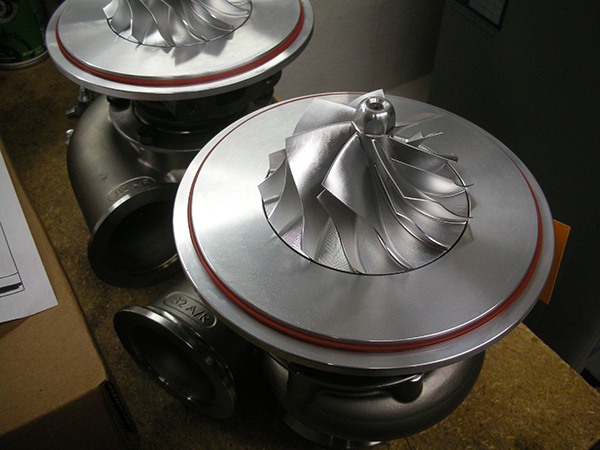 “About five years ago, folks over in Dubai came out to talk to us and told us they wanted more than what they were getting from their engine builders at the time, which was about the same power we were offering – about 1,400 horsepower – and they wanted more,” he says. “That’s when we came up with this package. We evolved from the package we were doing and went to the 454 cid with bigger turbos, the All Pro cylinder head for more airflow and that’s how it went from the 1,400 to 1,800 horsepower. 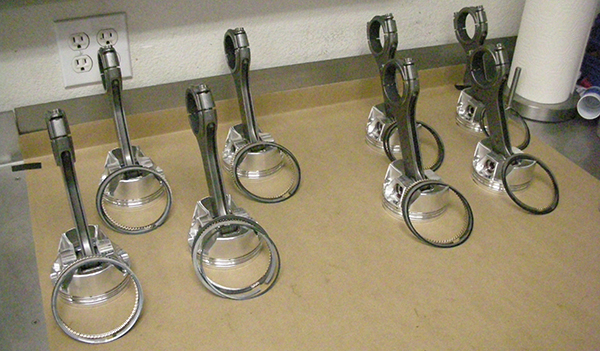 “Later, we came to find out that what they were being told they had 1,400 horsepower, was really only about 1,100 hp. So when they got the 1,800 hp, which was a true 1,800 horsepower motor, they weren’t expecting anything like that. So it kind of went like wildfire over there. It is a really reliable package.”

With plenty of power and great reliability, the 454 LS engine kept customers knocking at Redline’s door. However, Porter found that his overseas clients were a bit rougher on the engine than those here in the States. 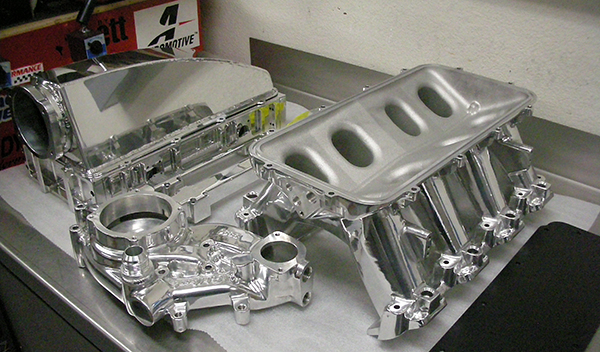 “We had to make some adjustments because they’re a lot harder on equipment than domestic guys are,” he says. “They love the rev limiter – they’re always on it for fun. You can’t get them to not use it and you try to explain to them that it’s a safety device, but for them it’s like a game. So that played a lot of havoc on valvetrain. Domestically, I can run a 3/8ths pushrod and I’m running 7/16ths Manton pushrods because there’s so much deflection when it’s on the rev limiter. So we had to upgrade that. We also had some lifter issues in the beginning with them and we had to upgrade to an Isky bushing-style lifter instead of a needle bearing because of the way they drive. We had to go to a billet crankshaft that was center-counterweighted because they’d be on the rev limiter so long they would start bouncing the center main cap and by going to a billet crank with center counterweights it eliminated all that.” 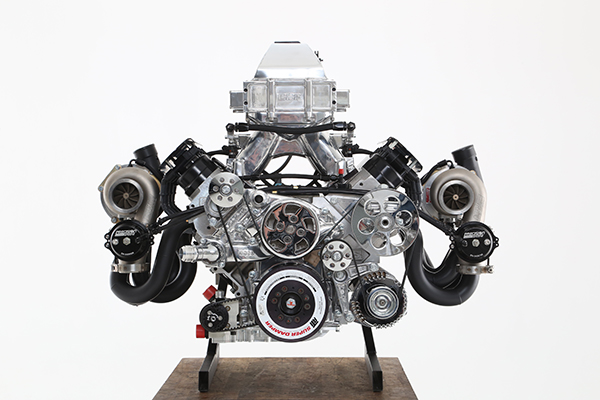 While this engine package took off for clients in Dubai, Qatar and other Middle Eastern countries, its success domestically didn’t happen until a few years later once people here in the States saw how well it held up to abuse. 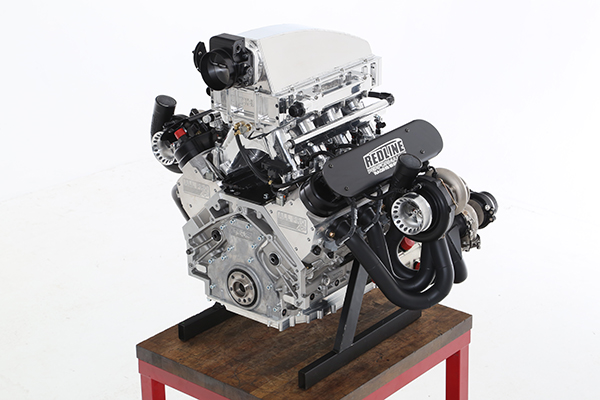 “It’s an expensive engine, so domestic guys weren’t on board in the beginning, but it’s our most popular engine now,” Porter says. 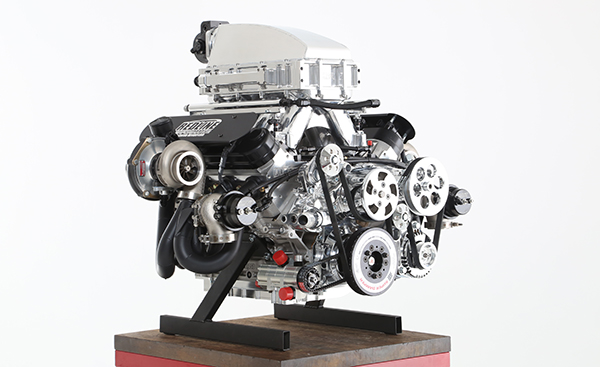