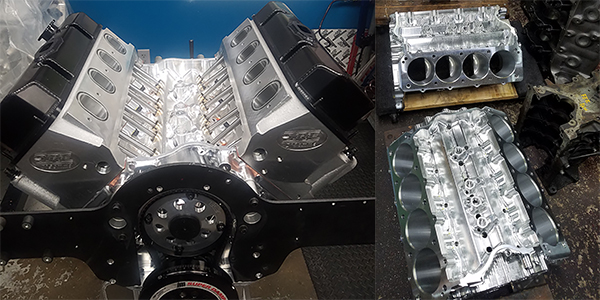 Fletcher Cox may have just won a Super Bowl ring as a member of the Philadelphia Eagles, but off the field he’s chasing drag racing victories in NMCA and NMRA. To get to victory lane, Cox relies on the work of Anthony DiSomma and DiSomma Racing Engines. The shop recently built this 478 cid small block Ford with a few thousand horsepower to get Cox’s car down the track in just 4 seconds. Find out what went into this powerful build!

Fletcher Cox just won a Super Bowl ring last year as the defensive end of the Philadelphia Eagles, but he’s not content with just one trophy – whether that’s on or off the field. While Cox loves chasing down the opposing team’s quarterback every Sunday, he’s also an avid drag racer, competing in the National Muscle Car Association (NMCA) with driver Shawn Ayers. When he needs engine work done, he turns to Anthony DiSomma and the guys at DiSomma Racing Engines located in South Plainfield, NJ.

Anothony DiSomma himself is an avid racer, competing in bracket racing as a youngster, and still runs in Outlaw 10.5 and PDRA Pro Mod events today. In fact, DiSomma has always been around the automotive industry as his dad ran an automotive repair shop. DiSomma took over the business after his dad retired.

“I’ve always done engine work on the side because I raced myself and I would always do my friends’ stuff too,” DiSomma says. “I used to have a repair shop, and in 2006, I decided to do the engine building stuff full-time instead of as side work, and I’ve been doing it ever since.”

Once that switch was made, Anthony decided he would no longer do general automotive repair work. In fact, four years ago, DiSomma bought a 5,000 sq.-ft. building in South Plainfield, NJ and started to purchase equipment for DiSomma Racing Engines (DRE). Every year he tries to get a new piece of equipment to help the three-employee shop expand and focus on building performance engines. 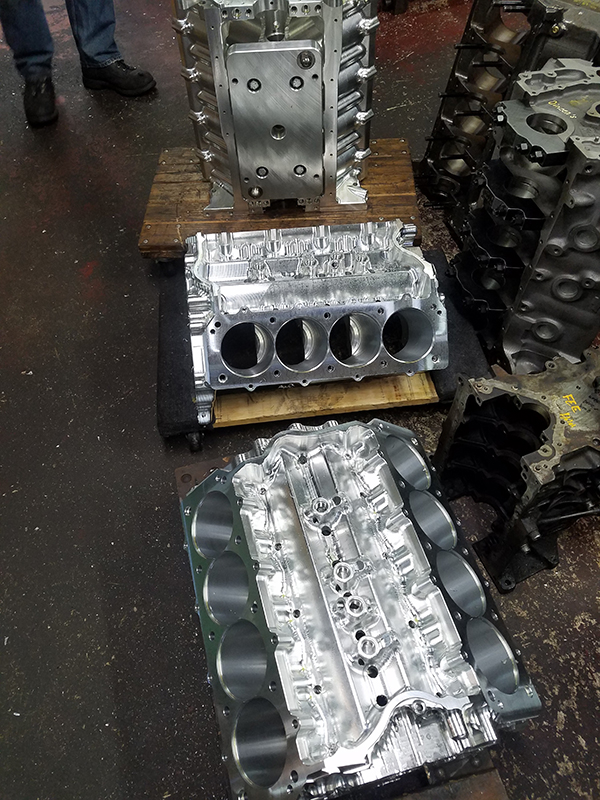 “Heads-up drag race engines are our specialty,” he says. “We do some late-model street engines too – Hemi, LS, Coyotes, etc. We focus mainly on high horsepower engines – stuff that makes 2,000 – 5,000 hp. Mostly, these engines are turbocharged and supercharged.”

One of those “high-horsepower” engines is a 478 cid small block Ford engine that DiSomma Racing Engines built for both Fletcher Cox and racer Andy Manson, who runs in the National Mustang Racer Association (NMRA). 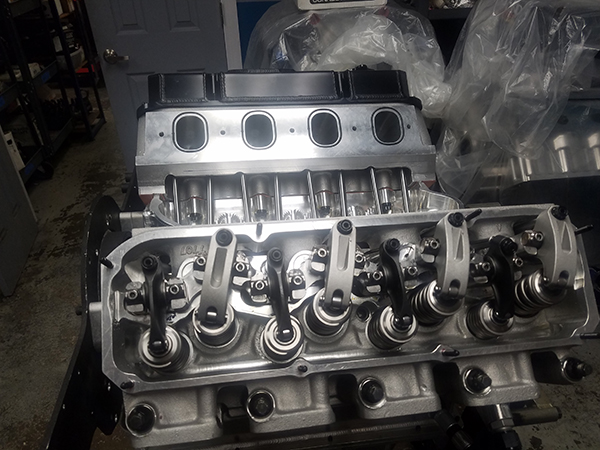 “The engine features one of our DRE/Weston Machine blocks – a billet small block Ford,” DiSomma says. “All the machine work is done by Charlie at Weston. He makes the block. It is set up for a 60mm cam and has a 10˝ deck height with standard bore spacing. We’ve used MBE billet heads on it and we’ve also used Edelbrock SC1 heads. Both heads use my port design.

We use a 60-millimeter custom spec Bullet camshaft. My spec stroke and bore combination. The crankshaft is a billet Callies crank. We use GRP rods and Diamond pistons each with my specs. The engine gets a Jesel and Manley valvetrain – the valves are all Manley and the rockers, lifters and belt drive are all Jesel. The engine also has Trend pushrods.” 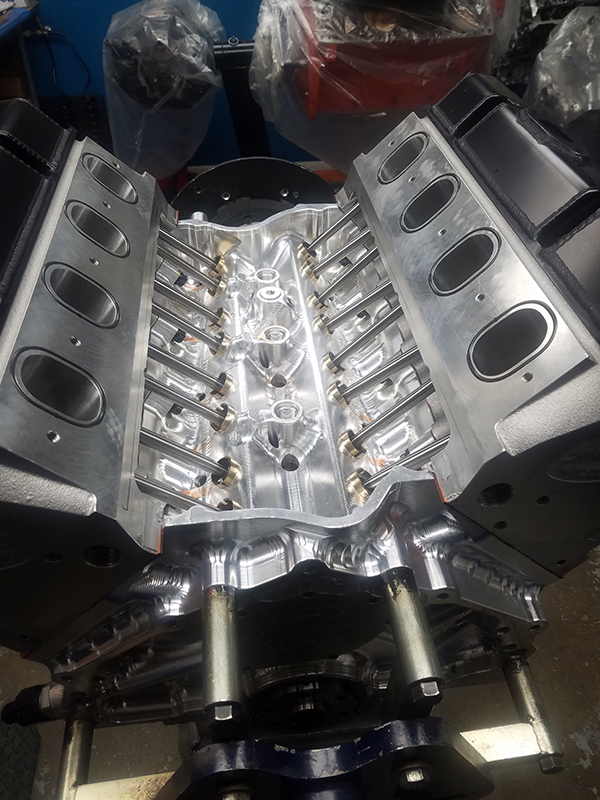 From there, DiSomma uses either a billet intake or a Hogan sheet metal intake depending on the combination. The 478 SBF also features Clevite bearings, Total Seal piston rings, a Moroso oiling system and is topped off with Atomizer Racing fuel injectors.

The shop does have a SuperFlow dyno, but the turnaround time on these engines didn’t allow for DiSomma to do any pulls on the engines this time around, but he says each engine does hold some records.

“Fletcher holds the record in NMCA and Andy holds the record in NMRA, or Fletcher might have both,” DiSomma says. “Fletcher went 4.23 and Andy went 4.24 in the 1/8th. Every NMCA and NMRA race this year so far has had one of my cars in it. Besides two races, every race had both of my customer’s cars in the finals – whether it was Fletcher, Andy or Manny Buginga. Manny was the champion last year, but he runs a different motor this year.” 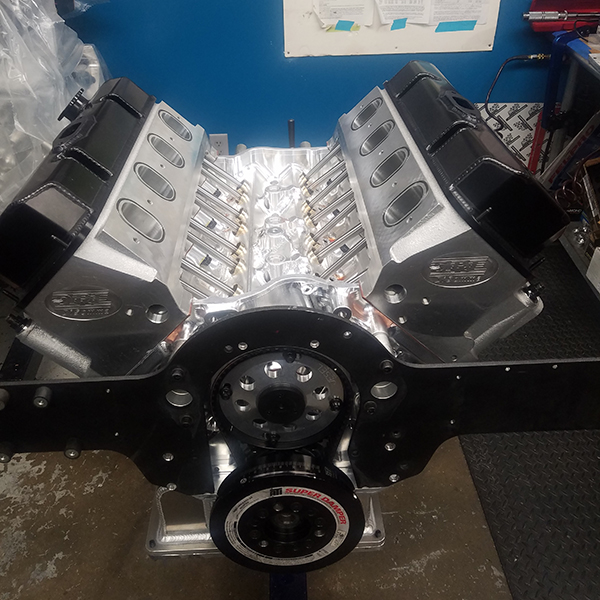 These 478 cid small block Ford engines were developed last year and came out for this racing season. These engines make somewhere around 2,500-2,800 hp!

Sounds like Fletcher Cox could be adding some hardware to his trophy case to go along with that Super Bowl ring.