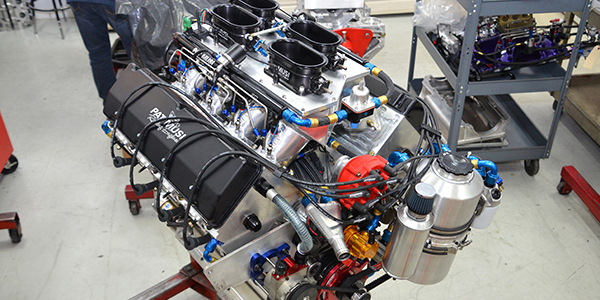 Pat Musi and Pat Musi Racing Engines have been well-known in drag racing for a long time. However, six years ago the shop moved from New Jersey to Mooresville, NC to focus even more on drag race engines like this 959 cid nitrous engine capable of some mind-bending horsepower. Find out what goes into these boosted beasts.

Six years ago, Pat Musi moved his engine shop, Pat Musi Racing Engines, from New Jersey to Mooresville, NC. The move to a 10,000 sq.-ft. facility in Mooresville was an effort to restart and put more focus on the shop’s main business – drag racing. 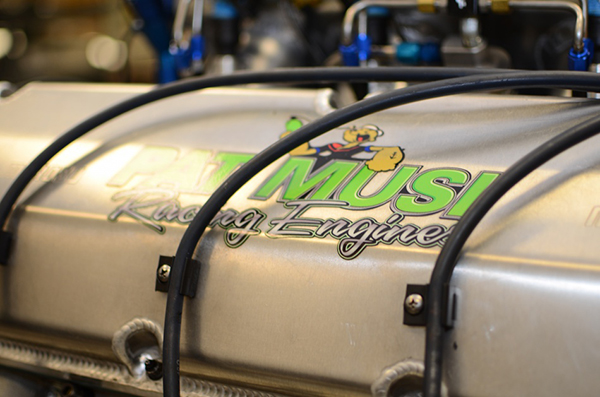 “In Jersey we did just about everything that would come in the door,” Musi says. “We kind of regrouped when we got here to Mooresville and changed directions. We still get calls here all the time from customers with a 350 or a LS1, but we don’t do that.”

It’s not that Musi doesn’t want to help those customers, but rather that his shop is too busy with drag racing engines to devote focus anywhere else.

“We can’t do both the drag race stuff and that,” he says. “You’ve got to be good at one thing I learned. So now we strictly focus on the racing stuff.” 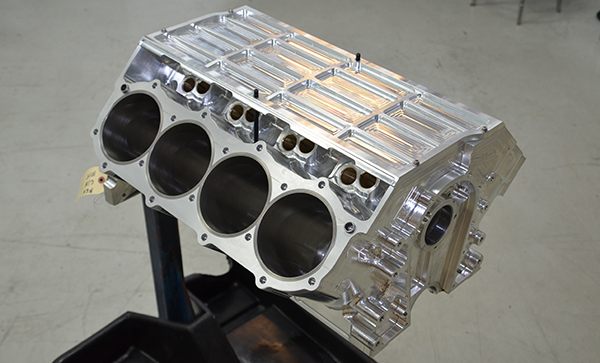 Pat Musi has been racing and building engines in this industry for a long time. It’s safe to say he’s a well-known name. He started right out of high school working in his dad’s speed shop back in 1970. Since, he has raced Pro Stock for many years, then transitioned to Pro Street where he won several (8) championships, and finally got into Pro Mod racing where his shop has been named Engine Builder of the Year four times by the Professional Drag Racers Association (PDRA).

“At a PDRA race, we typically have 10 to 12 of our engines running,” he says. “In NHRA, we have Rickie Smith and I tune Chad Green’s car. That’s what we’ve evolved to and drag racing is our specialty. We’re known for the Pro Mod stuff.” 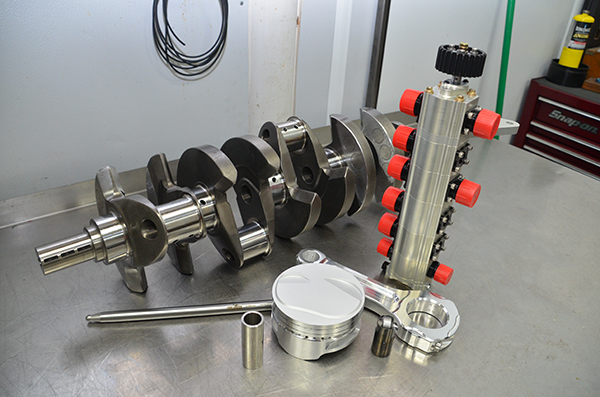 And that’s exactly why Musi knew he had to bring his shop to Mooresville and leave New Jersey behind.

“New Jersey wasn’t a good place to be to do business, honestly,” Musi says. “[Mooresville] is the heart of Pro Mod. We specialize in normally aspirated nitrous engines and fuel injection is what we’re known for.” 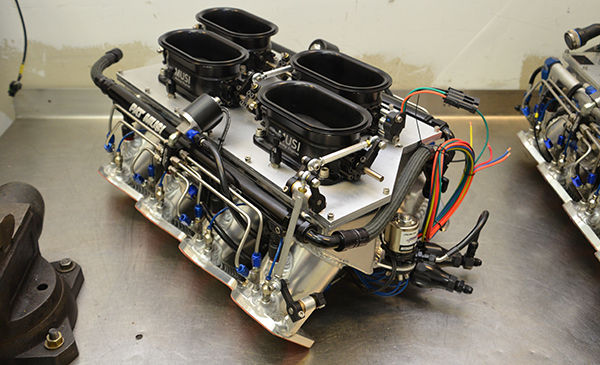 In fact, in 2010, Pat Musi Racing Engines was the first to take a NHRA Pro Mod car into the 5-second zone with electronic fuel injection. Musi works with EFI Technology on all the shop’s engine electronics, and has partnered with them since 2000. However, bringing EFI into NHRA and drag racing wasn’t an easy task.

“We got laughed out of the pits when we showed up with EFI, but we stayed with it,” Musi says. “We basically forced every single competitor out there to put EFI on. We’re constantly developing software.” 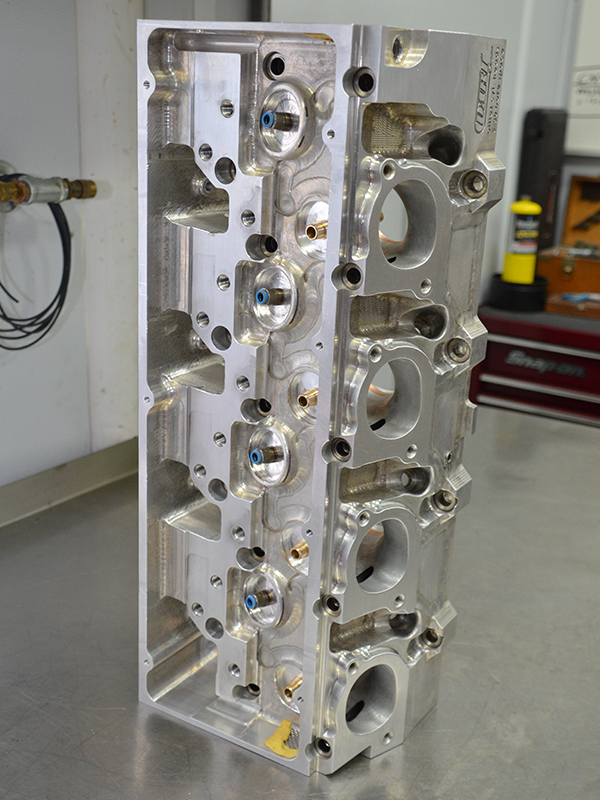 While EFI has helped Musi change the drag racing game, it isn’t the only thing the shop relies on to build an exceptional engine. Pat Musi Racing Engines has an array of machines that offer the ability to do “whatever you need and whatever it takes.”

“We have honing equipment and boring equipment, we have Bridgeports and all the manual stuff that you need to race and build these engines,” Musi says.

One of those engines the shop is always building is a Pat Musi specialty called the 959 engine. It is the main engine Musi uses for PDRA and NHRA Pro Mod racing. 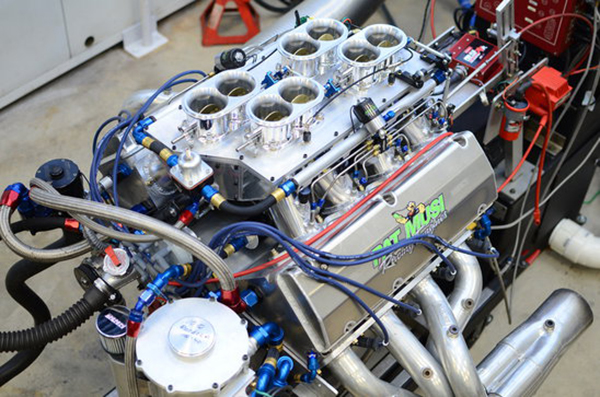 “Since NHRA has a cubic inch limit we also do a 903 version,” he says. “We have three or four cars that run NHRA and my daughter Lizzy [Musi] will probably do some NHRA racing this year. The 959 is for PDRA, which has no cubic inch limit. It’s kind of an outlaw 1/8-mile deal. We have a lot more 959s out there than we do the [903] engine.”

The 959 engine starts out with a billet block that gets CNC’d for Pat Musi Racing Engines by CN Blocks out of Texas.

“They CNC it and then we do our finish work – bore, hone, o-ring, etc.,” he says. “The block is spec’d to our stuff – lifter locations, cam location, cam size – all that stuff is our deal.” 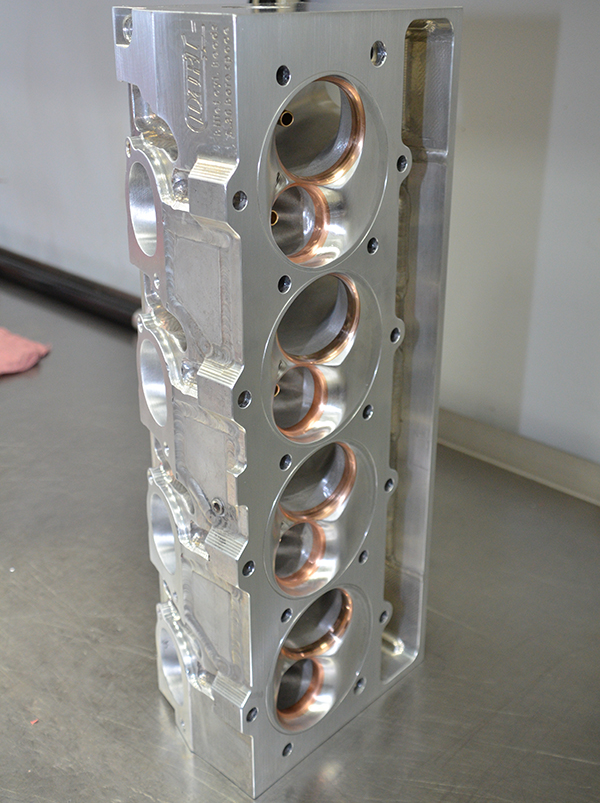 The cylinder heads are also done outside the shop by Dart exclusively for Pat Musi Racing Engines. From there, all the intakes are custom built in-house. 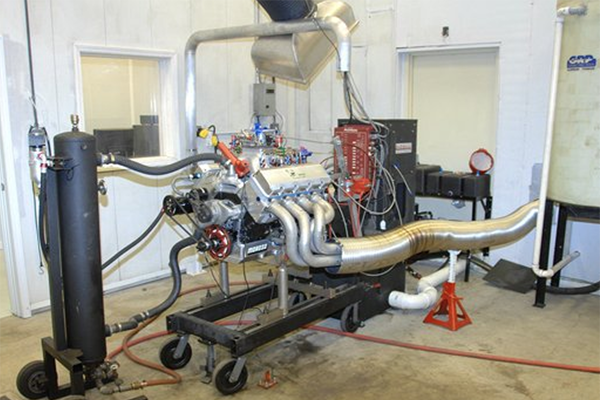 To seal up this 959 cid beast, Musi relies on copper head gaskets, but the rest of the engine gets Cometic gaskets. The engine also has Calico-coated ACL bearings, PSI valve springs, Manley titanium valves, Edelbrock EFI, and the manifold is a Musi made in-house out of sheet metal.

Once the 959 is all buttoned up, only the normally aspirated engines get run on the dyno. Those crank out a heart-pounding 1,850 hp. The 959 engines with nitrous, however, earn their Popeye-engraved valve covers with an estimated, mind-boggling 2,800 hp. 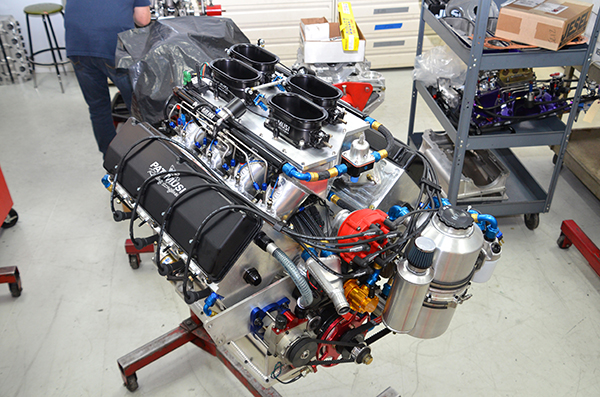 “That’s calculated off the speed the car runs,” Musi says. “You can’t dyno these things on nitrous, it’s just too much. It’s like trying to dyno a blown alcohol engine. These engines put out 1,400 lb.-ft. of torque with a compression ratio of 13:1.”

Week-to-week, Pat Musi and his team are constantly looking to make the next 959 even better than the last. The results are trips to the winner’s circle.