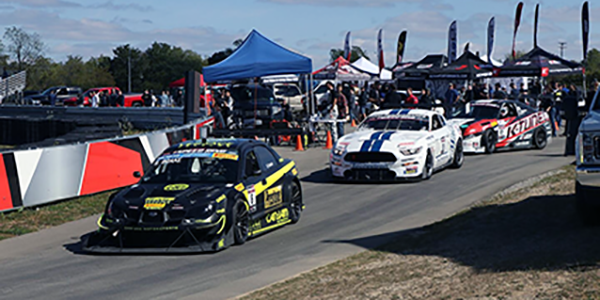 Building off the success of its first Michigan event last year, Motovicity’s Speed Ring returns this fall. The weekend will see two race events, a time-attack event and a two-car head-to-head lap battle.

Building off the success of its first Michigan event, Motovicity’s Speed Ring returns as one of the premier fall motorsports events in metro Detroit, September 22–23, at the M1 Concourse in Pontiac, MI.

Competitors will bring production cars with upgraded horsepower, handling and aerodynamics to set the fastest lap possible during the race. Top teams from across North America will descend on M1 Concourse to show their mettle while competing for a lucrative cash purse.

Motovicity Distribution created the Speed Ring in Southern California in 2016, before bringing the event “back home” near Detroit.

“Speed Ring is a spectacular event for both car enthusiasts and families, and we’re excited to host this event once again in the Motor City,” Motovicity CEO Brian Lounsberry said. “The racing is extremely fast but easy to follow as a spectator, plus we have a big midway of activities to experience between races.”

Tickets start at $10 and are on sale now. Kids under 12 are free with a ticketed adult.

Trans Am Returns to Racing at Mid-Ohio

Mercedes F1 Engine Chief to Leave Team
Connect with us