What makes a successful organization? Knowledge, experience and personal contacts are some of the key elements that come to mind when highlighting a business. Like the proverbial three-legged stool, the Production Engine Remanufacturer’s Association continues to offer solid support to the engine remanufacturing industry.

This acceptance, Miller says, is only increasing. “I think every year it gets better. We’re seeing usage from, obviously the OEMs, as well as in the agricultural, industrial areas and government entities – right down to the U.S. Coast Guard, they’re starting to look at remanufacturing. In my opinion, the lower cost and the ability to achieve good quality of the remanufactured product is pretty much driving that customer acceptance and use. All positive. We’re very bullish on remanufacturing.” 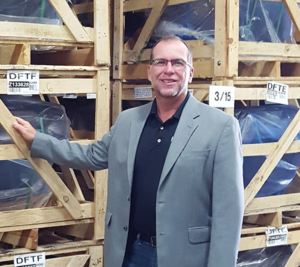 Scott Miller, GM of LKQ Remanufacturing is the Immediate Past President helping to usher in (right) new PERA President Matt McGraw, vice president and COO of AER Remanufacturing. McGraw is the third PERA president in his family and represents the seventh time an AER employee has served in the association’s top role. 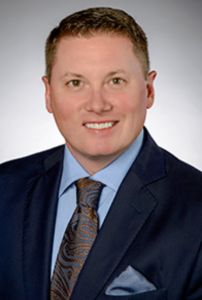 “I didn’t come in to the association thinking, ‘Hey, I want to change this and that.’ My goal wasn’t to change the association – I just appreciated the opportunity to be involved with the decision making process. We have some amazing folks in this group – some very smart, very passionate people.”

Joe Polich, executive vice president of PERA says the group is an association of individuals and firms who are remanufacturing internal combustion engines and their major components, or are supplying necessary components, supplies and equipment required in the remanufacturing process. “Each president seems to raise the bar for the next group of leaders, but each incoming president has risen to the occasion and met the challenge,” says Polich. “With the enthusiasm and excitement about PERA new leaders continue to step up to the plate, making my job easier.”

While the members of PERA may be competitors in the marketplace, they are partners in supporting the association. Miller says his recommendation to incoming President Matt McGraw is to enjoy the experience.

McGraw, vice president and COO of AER Remanufacturing in Carrollton, TX, may be new to the position, but he follows in familiar footsteps. His father, Bob, served as PERA president in 1985 and his brother, Robert, held the title in 2013. McGraw points to record attendance at PERA’s 2017 Convention in Clearwater, FL as evidence that the association may seem small but keeps getting stronger.

“We had a really good convention in Clearwater last year and it sounds like Reno is going to be even better. I think we have real strength in numbers and I believe we can grow if we want to. We’re going to continue to try to get more players on board.”

Just as he climbed the ladder through the PERA ranks to president, McGraw says his path through AER wasn’t necessarily simple. He started working at the family business during summers when he was 14 with a not-so-glamorous job on the assembly line.

“My first job was grinding valves, which was not a whole lot of fun. But, you know, it kept me out of trouble in the summers for the most part,” he says. “I worked all through high school in the summers. And then my first job out of college in 1998 was with Ford Motor Credit. I was in collections, which was an experience. I called up people that couldn’t make their car payments. That was an entertaining job, but it was also good experience dealing with people. I was there for a year when my dad said, ‘Hey, it’s time for you to come work for me.’  In 1999, I started with the company full-time.”

After graduating from the University of Oklahoma with a degree in business management, McGraw was placed in the perfect location. “I was working at one of the plants as, basically, an expediter. If there was an engine that we had an emergency order for or had been on backorder, I would try to track that engine down and give our sales team a date of when I thought it was going to come off the line so they could tell the customer,” he explains. “I also boxed up heads and cranks and just did a lot of little odd jobs that first year.”

Then in the early 2000s, Ford Motor Company was forced to recall a large number of 3.8L and 4.2L engines due to head gasket failures. “At that point, I was moved into the shipping department. We were shipping up to 1,000 engines a day,” McGraw recalls.

Today, he oversees AER’s 19 distribution warehouses that work with new and used car dealers across the country. Although the size of his customer base may be much larger than the typical Engine Builder reader, in actuality he’s dealing with many of the same challenges custom engine builders face.

McGraw’s relationship-building experience should allow him to advance the networking opportunities provided by PERA, but he says he also sees chances to improve the education, training and the management communication within and outside the association.

“I think we’re in really good shape right now. And even though I want to help us to continue to grow, I hope we can stay kind of close knit,” McGraw says. “I like to help our suppliers out and offer them the business any chance we get. If our suppliers are strong, then it makes us stronger.” ν