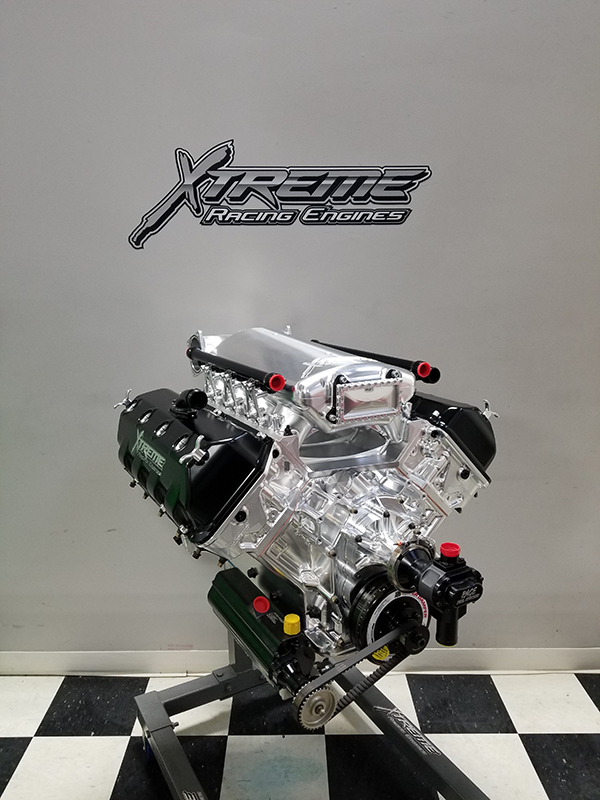 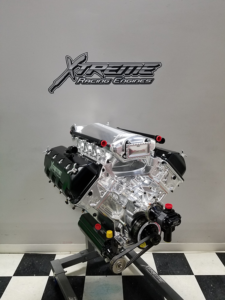 On August 11th, Carl Stevens Jr. showed up to Bandimere Speedway in Morrison, CO ready to race in the Drag Illustrated World Series of Pro Mod – a ¼-mile drag race with $100,000 on the line. One run at a time, Stevens, who owns Xtreme Racing Engines, put together a better and faster run than the last, making it to the final against Danny Rowe.

The victory for Stevens came during the biggest and richest Pro Mod drag race in history.

“This is easily the biggest event win we’ve ever had,” Stevens Jr. told Drag Illustrated. “We were really pretty confident and just trying to not beat ourselves. Everything just fell together against some huge names.”

Stevens’ shop, Xtreme Racing Engines (XRE), is located in Newton, NJ and started back in 2005 building racecars. It wasn’t until 2010 that Xtreme shifted its focus to just engines.

“Our primary business is the blown alcohol Hemi stuff,” Stevens says. “Probably 99 percent of the engines we build are fuel injected, turbocharged engines, though we’ll build a lot of LS stuff too. We’re pretty heavily involved in NHRA Pro Mod racing, PDRA Pro Boost and we’ve got a couple of customers in Outlaw 10.5 who run our combination. We’ve also done some marine engines for offshore powerboats.”

XRE is a full-service engine shop capable of doing just about everything in-house. The shop is 8,000 square feet and has five full-time employees. While Stevens still races and builds engines for himself, he has a long list of customers he’s always doing work for as well.

“The basic platform for one of these engines is a 4.470˝ bore and 4.150˝ stroke,” Stevens says. “It’s all based off of a Chrysler Hemi, but it’s billet. It’s got a 65-millimeter tool steel camshaft and one-inch key Jesel lifters, which is pretty much standard on everything we put together.”

Xtreme gets its blocks and heads done to exact specifications through a private label deal with Noonan Race Engineering, which is based in Australia.

“When the block comes in, we’re pretty much just measuring and making sure all the tolerances and clearances are right,” he says. “The block is all billet aluminum and it’s got Darton sleeves in it. From there it’s ready to wash and assemble.”

“We actually have Auto Verdi, which is a company in Sweden, build us a billet dry sump pan that houses a seven-stage dry sump pump that bolts to the engine,” he says. “That’s standard on our NHRA Pro Mod engines. We’ve also got our own billet intake manifold set up for fuel injection that Noonan also machines specifically for us. That finishes off the top of the engine.”

The NHRA Pro Mod engine, like most engines coming out of Xtreme, gets fitted with MoTec fuel injection and billet Atomizer fuel injectors, as well as 88-millimeter Garrett turbos.

“Generally, on the NHRA combination, these engines will be about 12:1 compression ratio and it will make between 3,200 and 3,300 horsepower – and that’s really solely because of the turbo size and boost pressure we’re limited to,” he says. “If you take the same engine and just strap on a larger set of turbochargers – now you have an engine that’s capable of making 5,000 horsepower.” ν

The Engine of the Month Spotlight is sponsored by Cometic Gasket and Penn Grade Motor Oil.

Engine of the Month Spotlight