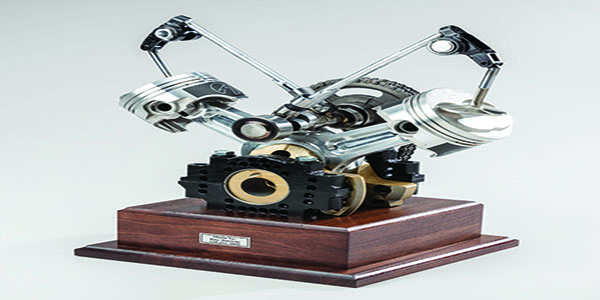 If I’ve said it once, I’ve said it a million times – engine building is as much an art as a science. Sure, an amazing sound system, radical suspension and custom wheels are a nice addition to any vehicle, but where is the first place anyone looks at a car on display? Under the hood.

The perfect engine has a combination of componentry and creativity and cause fans to go nuts. Do you think there are internet forums where fans sit around debating the merits of their car’s paint job? 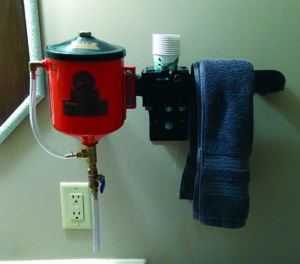 Granted, even the most passionate engine builder needs a break from time to time. But as I’ve learned from talking with many of you over the years, you never really get the engine building bug out of your system. Even when you’re not building your next high horsepower masterpiece, it’s likely that you’re planning something.

Engine Builder contributor Randy Rundle, who wrote this month’s article on the Ford 8.8˝ rear end (page 56) and a piece on Burt Munro and the “World’s Fastest Indian” (page 53) and I were discussing possible uses for an old equipment cabinet, when he started sharing bathroom stories with me.

Rundle, it must be noted, is married to an extremely understanding woman. He is also an artist adept at finding the form, function and fun in castoff “junk,” and his basement bathroom, he says, is quickly becoming a manly refuge from a more genteel home decorator.

An old Fram oil filter canister has been repurposed and now contains liquid soap. Dixie Cups fit perfectly in the hole where the carburetor once mounted and the towel goes on the intake manifold.  It all hangs over an old parts washer that has been replumbed for hot and cold running water.

Randy says he has been building things like this on and off for the past 10 years or so and says old Sun test cabinets make great man cave furniture.

“Those old test cabinets don’t really have a lot of collector value except to someone who is building a man cave and needs some manly decorations,” he says. “They typically sell in the  $40 to $80 range. I collect the old Sun brand (because of their graphics) and I make furniture out of them – the VCR/DVD player sits inside on the shelf and the remotes all go in the inside tray on the door. There is already a hole on the top for the wires and cables to pass down through to the shelf.”

Randy says a simple set of office chair wheels are a direct swap for the large diameter stock wheels. “The smaller wheels are more stable and work better on carpet – this is much better than a TV stand from a box store!”

To complement his electronics cabinet, Randy says he stripped a 1949 Ford Flathead block and had it powder coated, then had “cylinder heads” made out of 3/8˝ tinted tempered glass. After bolting on a steel table top, decorative headers and functional wheels, he had the ideal coffee table to hold feet, chips and adult beverages. Look for an article about this project in an upcoming issue.

Of course, Randy isn’t alone in his artistic endeavors. One of our recent Engine Builders of the Year has parlayed his skill at assembling engine parts into an in-demand side project.

Ray Banyas of Victory Engines in Cleveland, builds trophies that rival the Oscar, the Emmy and even, dare I say it, the Wally.

Using old rotating assemblies and valve train components, Ray works with a local trophy base manufacturer to create the ultimate prize for a car show, race or dyno competition or even just the ideal sculpture for that hard-to-shop for family member. An example of one of his trophies went to our 2017 Engine of the Year winner, too.

“I’ve already had a lot of engine customers come in and tell me, ‘When I finally get my engine paid off I’m coming back for one of those sculptures,’” Ray says. “This may work out to be a pretty good retirement plan.”

What kinds of things do you build when you’re not building engines? Email me pictures and a story about your most difficult, beautiful or just plain outrageous non-engine creation and I’ll post them on Engine Builder’s social media and elsewhere. You just might inspire the next great master of engine art. ν