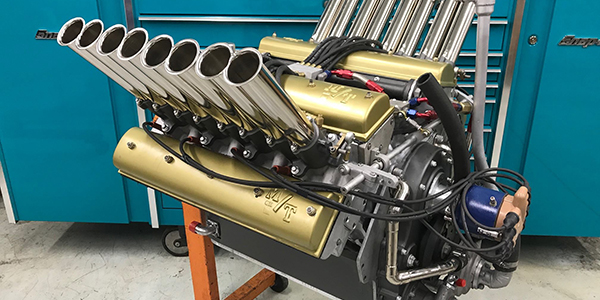 What happens when you awaken an iron beast after a 50-year slumber? Jason Ore of 955 Automotive described it as opening up a time capsule of sorts. The last time this 1967-’68 Mickey Thompson 3-valve Chevy V8 IndyCar engine lapped Indianapolis Motor Speedway was back in May 1968. Find out what it took to bring the engine and racecar up to Pebble Beach Concours d’Elegance standards.

What happens when you awaken an iron beast after a 50-year slumber? Jason Ore of 955 Automotive described it as opening up a time capsule of sorts. The last time the 1967-’68 Mickey Thompson IndyCar lapped Indianapolis Motor Speedway was back in May 1968 with Bill Puterbaugh behind the wheel. It’s been sitting in warehouse storage ever since. 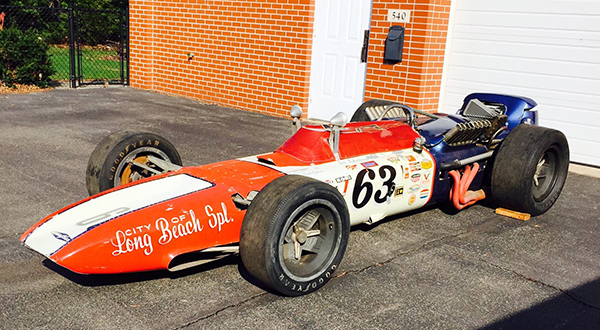 The Mickey Thompson 1967-’68 IndyCar as purchased. (All photos courtesy of 955 Automotive and George Lyons)

It wasn’t until George Lyons purchased the car in 2016 from the Mickey Thompson family with plans to fully restore it that the racecar featuring a 3-valve Chevy V8 engine had been gone through. The end goal for Lyons was to show the car at the 2018 Pebble Beach Concours d’Elegance. 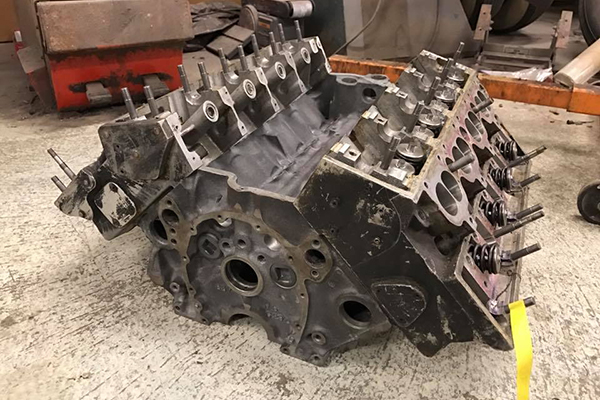 Lyons, an IndyCar collector, brought the car and engine to Bob Ore Restorations in Erie, PA. George and Bob are lifelong friends, and the two have done numerous projects together. Bob’s son, Jason Ore, owns 955 Automotive, the machine shop in the adjoining building to the restoration business. He had the pleasure of getting the engine in working order again. 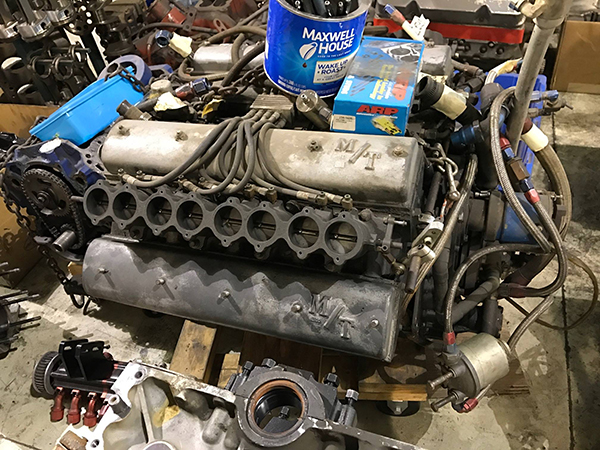 “We were the first people to do anything to it since it came off the track in ’68,” Jason says. “It was a time capsule. The thing leaked oil so bad – they just fixed the oil leaks by stuffing shop rags in there. We pulled about 40 shop rags out of this car in the underbelly, just totally soaked full of oil. The engine came in as raced. It has not been run since May 1968. We were tasked with getting the thing apart and reverse engineering everything that was in it.” 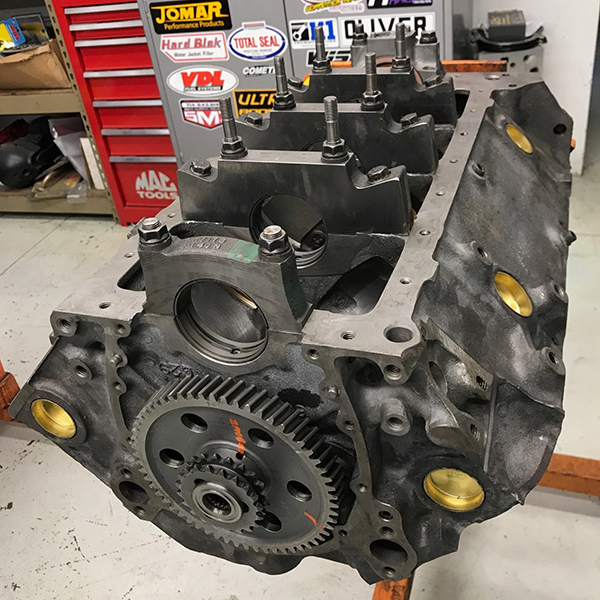 Jason of course, first got into automotive work through his father’s restoration business. However, Jason never had the patience to do body work, so he ended up leaning towards the mechanical side of things. Between working for his dad, at several other shops and attending the School of Automotive Machinists in ‘97, Jason has had his fair share of engine experience. Like many with the engine-building bug, Jason had an itch to start his own business. 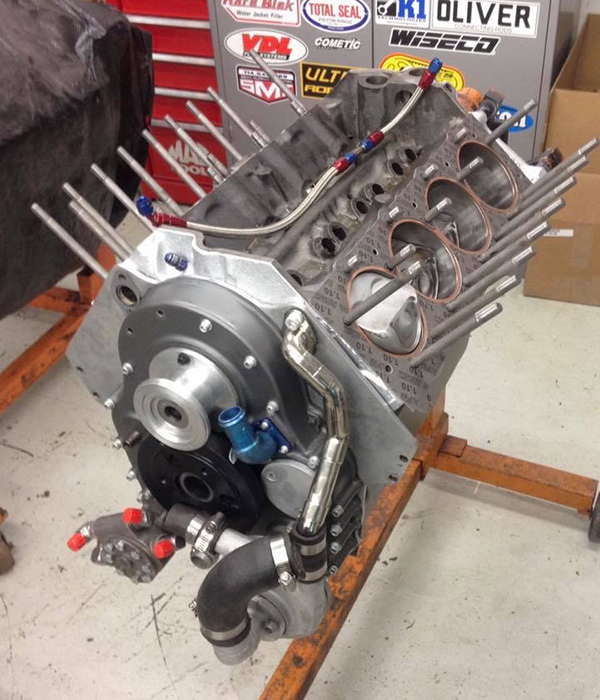 “I started 955 Automotive in 2004,” Jason says. “We put an addition on the restoration shop because we needed room for that, and we figured we might as well start a machine shop too at the same time. Our first year in business was 2005, and it’s been going well ever since.” 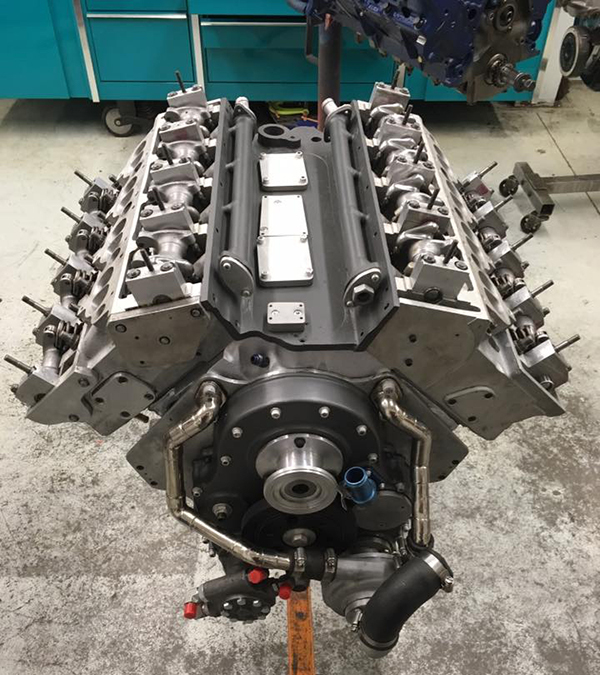 The shop can handle anything that comes in the door, but the focus is on automotive restoration jobs and circle track engine work.

“For circle track work, we do everything from street stock two barrel stuff all the way up to big block modified and dirt late-model engines,” he says. “The crate engine stuff kind of took over in this area, so we do a lot of crate engine rebuilds for the Rush series too.” 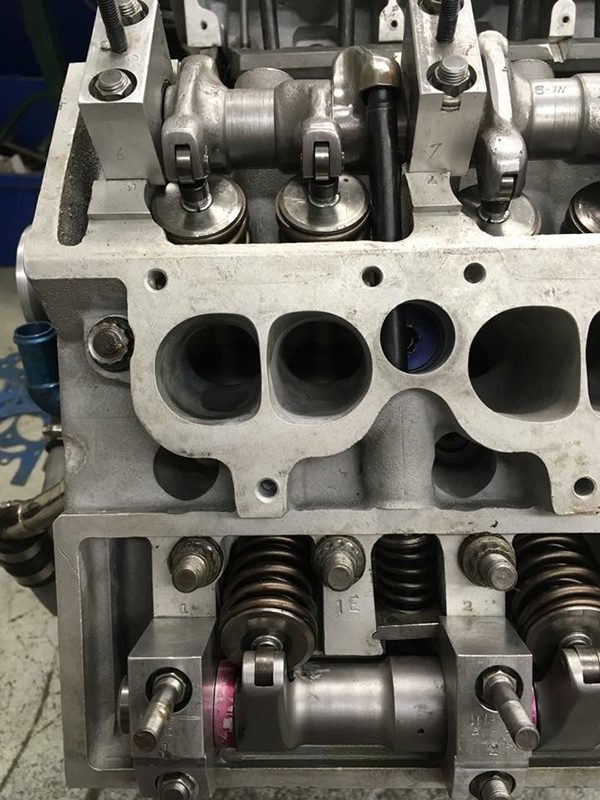 955 Automotive has two full-time employees including Jason, and is capable of doing everything in-house with the exception of crank grinding. That capability came in handy on the Mickey Thompson 3-valve Chevy V8 rebuild. 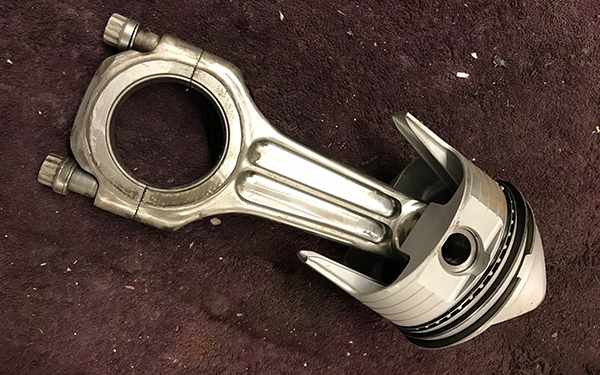 The 3-valve IndyCar engine had a lot of corrosion and was sealed using o-rings. Jason called up Cometic Gasket to supply head gaskets, intake gaskets and a few other items the engine would need to make it live again.

“The engine was pretty cool because it’s actually a race engine,” Jason says. “It has a Crower camshaft, Milodon main caps, Moldex crank – we kept all that stuff as original as we could. We went through and found modern day parts for all the wearable stuff. Valve springs were a tough find. I scoured three months in catalogs trying to find something that would work in these heads because they are such a wacky design. Other than that, the thing was pretty cherry. The engine is 99 percent the way it was other than the gaskets.” 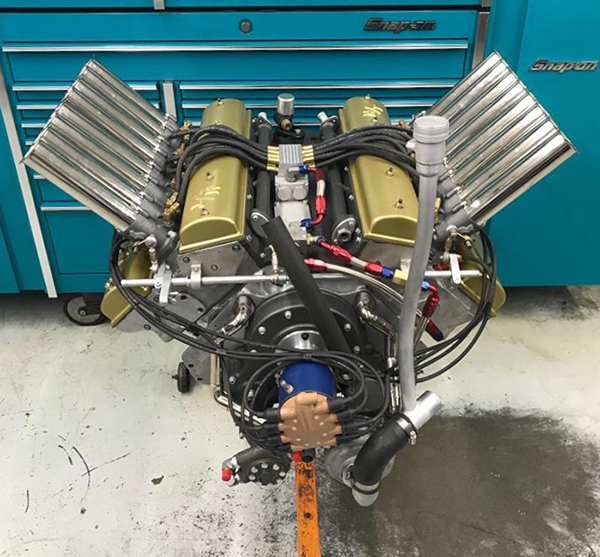 Block work-wise, 955 Automotive needed to touch up the line hone on it. The shop went through and checked everything and checked the balance. The cylinder heads needed repair. The shop had to weld the decks up and found that two of the exhaust ports had porosity in them, so they had to fix all that so the engine would hold water again. 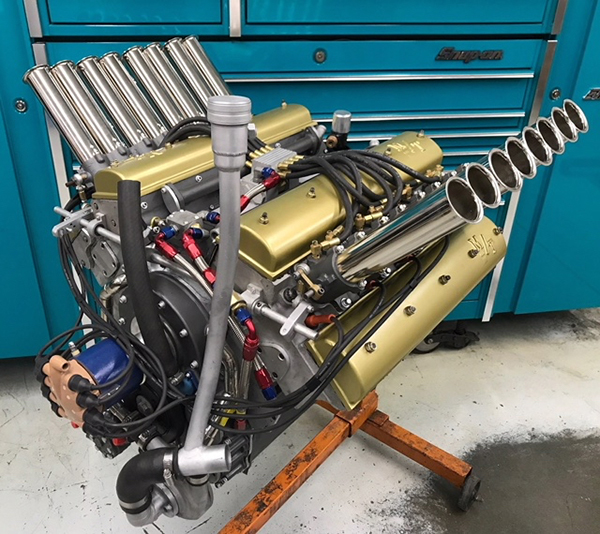 “The magnesium valley tray, which is also a water spider, was completely rotted out,” he says. “Between my father’s side of the shop and a couple other places, we ended up repairing that with aluminum slugs and making a whole new water spider for it. There was actually nothing left of the thing. We ended up replicating what the old one was going off pictures.” 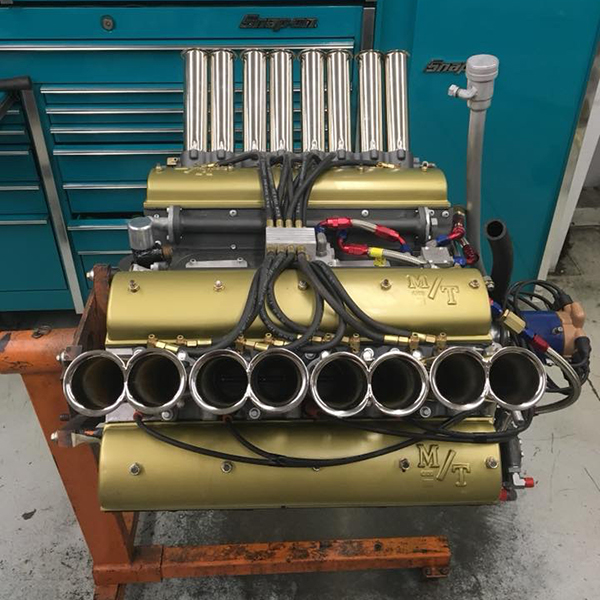 In addition, the chrome work on the stacks was done in-house and other than that, the engine needed a typical valve job and all the typical cylinder head repair. However, it turned out to be a little more than ‘typical.’

“We used a different valve arrangement because the cylinder head is completely different than anything else,” Jason says. “The heads are Mickey Thompson specific with 16 ports. It took 12 hours to get the cylinder heads off because there’s hidden bolts. We had to use crow’s feet wrenches just to get the things off. Then, you’ve got to take the rocker system off in a specific order. It had push rods that run down across the head and actuated rocker arms on the exhaust side that seemed to work backwards. Everyone thought it was a dual overhead cam motor when it was really just the rocker covers on the engine.” 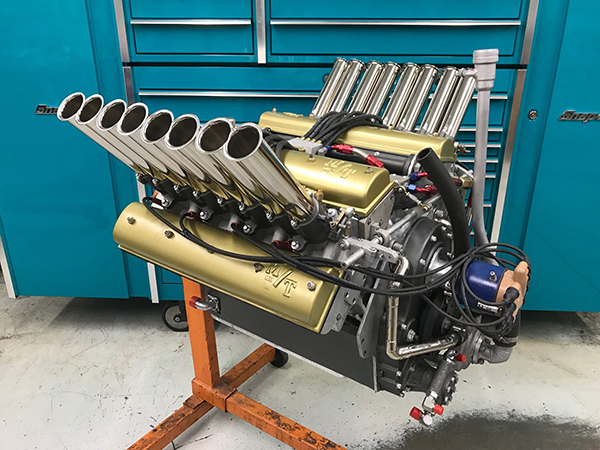 Despite some corrosion and a couple funky set ups, the 50-year-old engine ended up being in pretty good shape and was the best of three engines, according to Jason.

“There were three number seven rockers in it and two number four rods in it,” he says. “They scabbed the thing together to go race with it. A couple of fuel injectors were in backwards and actually sprayed fuel up out of the head instead of into the head. We fixed those things, but we didn’t do any performance updates to it. We just tried to keep the history of it.” 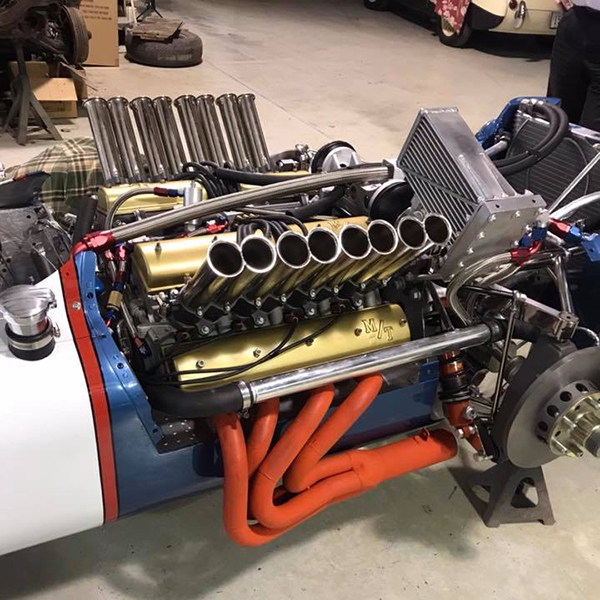 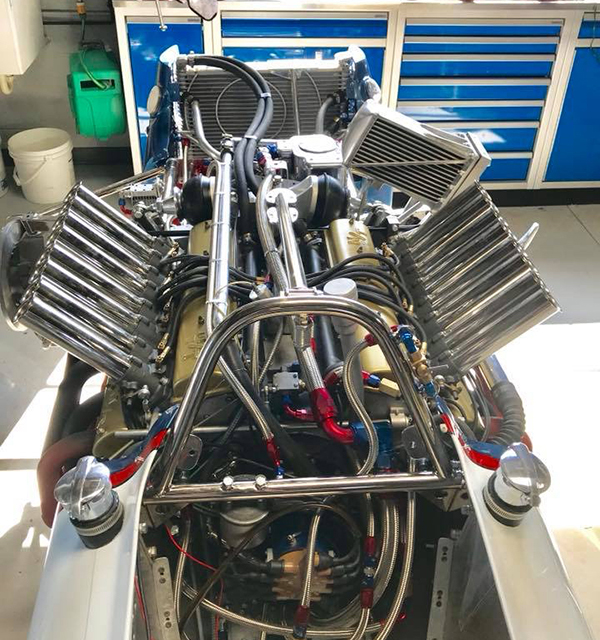 In total, between labor, sourcing parts or having stuff made, the build took a full year. Once it was all put together, 955 Automotive ran it in to check for leaks and make sure everything was fine. They set the fuel system up and the timing, which meant the Mickey Thompson 3-valve Chevy V8 was 99 percent back to original. 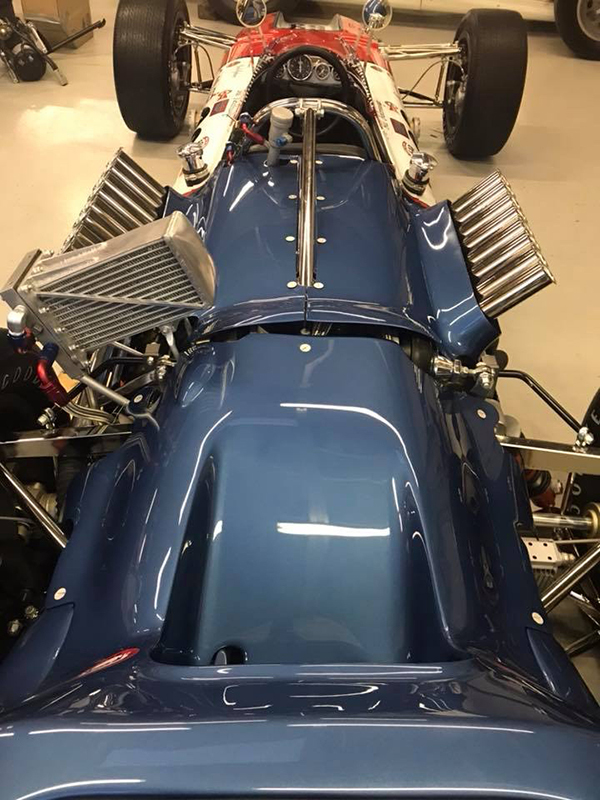 Sadly, much of the interesting mechanical novelty of this car like the 3-valve motor and the special M/T Halibrand 2-speed are totally hidden with all the body tin installed.

Back in 1967, this engine made 565 horsepower out of a 305 cubic inch engine. It’s now race ready once again and was presented at the 2018 Pebble Beach Concours d’Elegance. 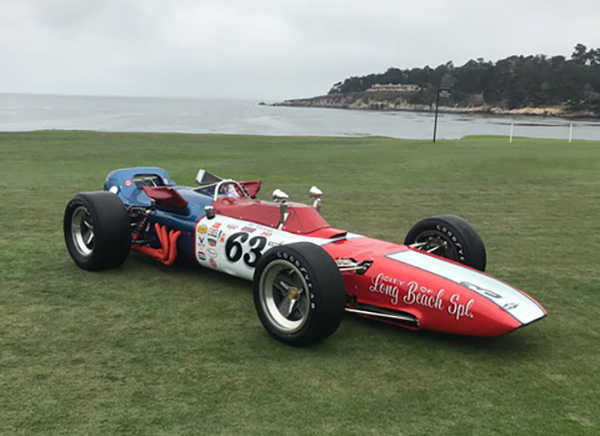 On the 18th hole at Pebble Beach