No Shortage of Used Race Engines in a Crate Motor World

Today, there is no shortage of used engines of many categories. The recycle yards are full of them. Used, moderate mileage engines are often seen as a viable alternative to remanufactured or rebuilt engines today.

Many things work against us, including modern fuel injection, computer controlled ignition and a dozen sensors – and also air bags. Nothing seems to say “totaled” like a deployed air bag. So your potential engine rebuild often comes out of a wrecked, low mileage vehicle. But can we learn something from this and apply it to performance engines?

Crate motors too, put a large hit on our potential markets, even in the world of racing. So I’ve been wondering, what’s happened to all those pulled out race motors that once fit under the hood where a crate motor now resides? At some point I know they were covered and stored in the shop for that “just in case the rules change” moment.

The past few years have seemed to put an asterisk on that point. More and more, racers are moving to these crate engines and taking advantage of the rules and weight breaks that come with them. But crashes and personal problems still arise. All kinds of financial landmines are awaiting racers, so that engine sitting under a cover might be an excellent source of cash. Unfortunately, if these engines don’t fit any particularly popular set of current rules, their value is diminishing.

“But I see gold in them thar’ mills” can be a great mantra for a performance street engine program. I’m not necessarily looking at the parts that determine horsepower like high compression pistons, roller or solid lifter cams, or even many race intake manifolds. In some cases, even the cylinder heads might have too large of ports and valves for practical street engines, but with the rules that proceeded the crate wars, many are just glorified stock heads, so it depends on what you’re starting with.

Once these engines are torn down with parts scattered across the floors, what’s the difference between rebuilding this or a worn out pullout from a Chevy pickup? What I see is a block that has 4-bolt main caps with maybe a good set of studs. I see a race prepped crankshaft and connecting rods that should be more than good enough for a hot street rod motor. Both are easily rebuilt if needed, or just cleaned, checked and fitted with the right bearings. Worst-case scenario is your customer gets a set of rods that might be a little overkill for the application. As long as you can easily rebalance the rotating assembly, no harm there. Don’t be afraid to sell a new set of rod bolts if you don’t know the history or age of the ones in front of you. Also, don’t forget the abuse these engines may have seen, so inspect and magnetic inspect it accordingly.

If the block is not cracked or already a loose .060˝ oversize, put it to work. There are even several companies that make .005˝, .035˝ and .045” oversize pistons for popular applications in street-able forgings. If the block is not .060˝, you’ll have plenty of options for other applications as well, but they’ll need boring instead of just honing and straightening cylinders with a .005˝ oversize. Heck, if the engine is fresh and not setup too loose, you may be able to still use the slugs that came out of it after very careful inspection. You may want to consider a hypereutectic or 4032 material for a little quieter street engine, with tighter clearances. Add a good set of piston rings and we’re looking at a very strong bottom-end.

Race cams are certainly purpose oriented and few make good street grinds, so pick a good hydraulic or hydraulic roller and matching lifters for the application. Install it on a new set of cam bearings with a streetable timing set, or maybe you can just add a new chain. It all depends on what you’ve got in the package. Don’t forget to pull any oil restrictors that were placed in the block. They do not work well with a hydraulic lifter!

As with any rebuild, you’ll have to button it up with an oil pan that fits the chassis. Maybe you’ll get lucky and that “Saturday night special” pan will work in your customer’s car. It will still need the matching pick up screen, mounted on a new pump, of course. Use a pump you can trust. This is cheaper and easier than trying to figure out how the pump in it was set up.

Cylinder heads can be an important part of this build. If you’re starting with a big-inch engine and are striving for big power, those race heads may just work out. Fitted with good valves and valve springs that match the cam profile they may be perfect. Or, as I pointed out before, many a sportsman class engines was fitted with modified stock, or smaller port and valve aftermarket heads. These are perfect for performance street applications if freshened up, but in some cases may require installing larger valves to get the flow you need. This will be something for the engine builder to determine based on power demand and budget. Also, make sure to use a valve seal that will give good life on the street.

One last thing on cylinder heads might be to decide if they’ll need hard seats on the exhaust. A good aftermarket head will probably have them, but a modified set of old factory heads will need them, if they weren’t already installed. 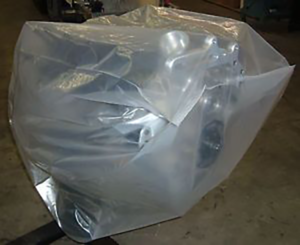 What’s the difference between rebuilding a crate engine or a worn out pullout from a Chevy pickup?

Could we be lucky enough to get a good set of pushrods and rocker arms to use in our street motor? We’ll see. But for street use, these won’t break the budget. Some of the current intake manifolds will make great 4-barrel manifolds for the street.

Carbs, ignition and all the external parts will have to be modified or scavenged from the existing mill, or purchased as needed. The nice part is you may get these parts with your purchase and if they don’t work, maybe you can do a little horse trading or just find them a buyer.

I’m guessing there are lots of good race mills parked around shops, racer’s garages and probably already on Craigslist and ebay. I was thinking that these could also be great candidates for performance marine upgrades, as you usually can’t put too good of parts in a boat motor that’s going to get abused on the lakes.

I hope I haven’t been preaching to the choir too much and maybe I’ve sparked a few ideas. Upscale recycling may just be the next form of Profitable Performance! ν

Engines: Buying In On Outboard Engines