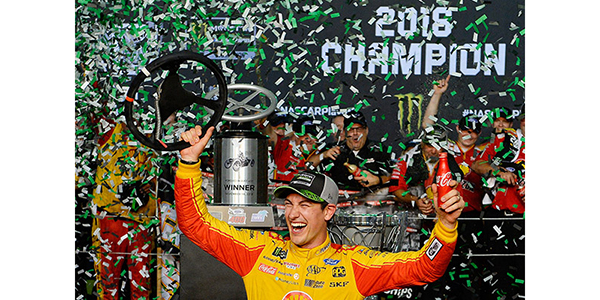 Joey Logano won the Ford EcoBoost 400 in Homestead-Miami and his first Cup Championship of his 10-year career. In addition, Team Penske secured the Owner’s Championship and Ford Motor Company claimed the Manufacturers’ Championship title. The drivers’ championship is Ford’s ninth overall and sixth in the modern era (1972-present). 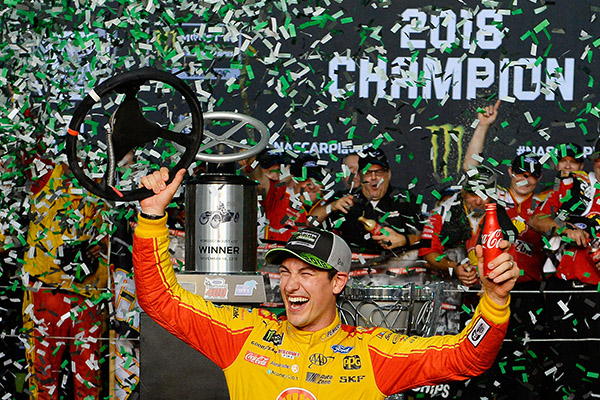 “It means a lot to me personally to have both the drivers’ and manufacturers’ championship,” said Edsel B. Ford II. “It has been since 1999 and I was there with Robert Yates and Dale Jarrett. Doing it again, 19 years later, it is absolutely indescribable to me.”

“This is incredible,” said Doug Yates, president and CEO of Roush Yates Engines. “It is so hard to win these championships. I am so proud of everyone at Team Penske, Joey Logano, Todd Gordon, Ford Performance, Edsel Ford and Joe Hinrichs. We put so much effort into this thing and to see it all come together is a super proud moment. That was an intense race and I am glad we got it done.”

The No. 22 Ford Fusion started the race from the fifth position and battled hard to take the lead for the first time on lap 91. But it all came down to a clean pit stop and restart after a late race caution.

The No. 22 pit crew put Logano in position to win, as the No. 22 lined up, side-by-side Martin Truex Jr. for what would be the final restart of the race. With a power move by Logano, he took the lead from Truex. He was able to pull away from the field and take the checkered flag 1.725 seconds in front of Truex.

“We did it,” shouted Logano in post-race interview. “We won the championship! I can’t believe it. I don’t know what to say. This team, Roger Penske, Todd Gordon, the pit crew. They gave me the car I needed at the end to do my job. Put me in position to do my job. I couldn’t be more proud of them.”

The Ford Fusions led a total of 138 laps out of the 267-lap race, with Logano leading 80 and Ford teammate and Playoff Final Four driver, Kevin Harvick leading 58 laps.

Advertisement
In this article:Joey Logano, NASCAR

Joey Logano is the 2018 NASCAR Champion