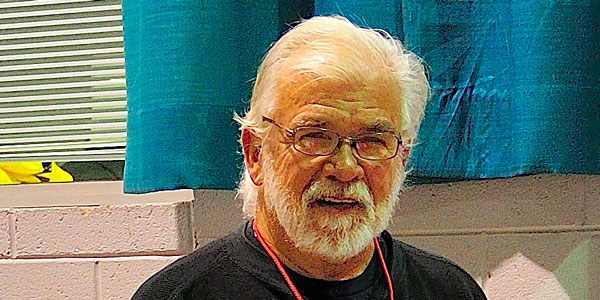 Keeping Your Cool About This Hot Topic

Engine builders who work on older collector cars are always interested in sources of vintage radiators – after all, you can’t run a liquid-cooled engine for any length of time without a good radiator. Of course, There have always been shops that fix radiators, but the judging standards for classic cars have gotten so stringent that simply making an old radiator work well is no longer enough – the radiator has to look as good as it functions.

Bob’s father, Ray, began a long career in radiator repair in Chicago in 1955 under the tutelage of Ervin Schirmer at Three Arrow Radiator. In 1964, Ray left Chicago with his wife Carolyn and sons Ray Jr. and Bob. He opened his own radiator repair shop in a tiny backroom in Wausau. Ray and his brother Glen (see? Glen-Ray) repaired, re-cored or restored every make and model radiator. Bob continues to operate the shop today.

Through many years of attending classic car shows, Bob noticed otherwise beautiful show cars with radiators that were in bad shape. He realized there was a need for classic car radiators to be restored to a far higher level. He particularly noted the high prices that collectors were paying for Mopar radiators that still needed work. There was, he realized, a strong demand for radiators that looked and operated as brand new and still had proper stampings and date codes.

Getting licensed to reproduce radiators was an arduous, bumpy and expensive process. Glen-Ray had to tool up to make the products at its own cost and only after they were being made, could a license be obtained. Bob felt it was worth going through such trials and tribulations to wind up with the strongest appearance, the highest quality and the most durable OEM style radiator restorations available anywhere in the country.

For Mopars that don’t have a numbers-matching OEM radiator, Glen-Ray offers officially licensed 26-in. Chrysler reproduction radiators for big- and small-block cars. Two core variations are available. Glen-Ray can also build a radiator to owner specifications, depending upon the car’s engine cooling requirements.

From time to time, Glen-Ray also comes up with original Chrysler radiators that need to be restored. The company can also restore, rebuild or re-core radiators for a wide variety of classic cars and trucks regardless of make, model or year. Most of the business today is conducted by mail order.

When a radiator comes in, it’s unboxed. Bob assesses what it needs. Customers are offered a choice of rebuilding their core or recoring it with a new one. Bob checks the date code and calls customers to discuss the best options based on use of the car.

When restoring a radiator, Glen-Ray  staffers completely disassemble the unit and immerse all parts in a boiling tank filled with caustic soda for about 30 minutes. Then, all radiator components are pressure washed and dried. The glass beading of all parts comes next, followed by straightening and priming the side brackets. If there’s a transmission oil cooler, it is also rebuilt. All fittings are straightened and so are the top and bottom tanks. The top tank usually needs the most attention. Glen-Ray takes any dents out.

Bob fabricated some special dollies to hold and de-dent the top tank as much as possible. He admits that some tanks will turn out better than others, depending on the severity of damage. The radiator core is rodded out by sliding a thin piece of steel down each tube. This procedure clears any debris. All tubes are then re-soldered into the header plate (this is what the tank solders to) and finally the radiator is reassembled and tested.

When a radiator tests out ok, it again goes into the boiling tank for another 30 seconds to neutralize any still-active fluxes or acids. It is then dried and the band is filed with a tool that removes excess solder from the tanks or top side brackets (where they are soldered to the tank). Priming and painting comes next. Glen-ray uses a paint that is chemically hardened and strives for an almost perfect match to the original factory finish.

Re-coring a radiator follows basically the same system, except for the process involved in rebuilding the radiator core. Any radiator can be restored or re-cored, but some do turn out better than others. Glen-Ray ships a radiator to a customer for approval before collecting the bill. “That’s just to make sure the customer is satisfied,” Bob says.