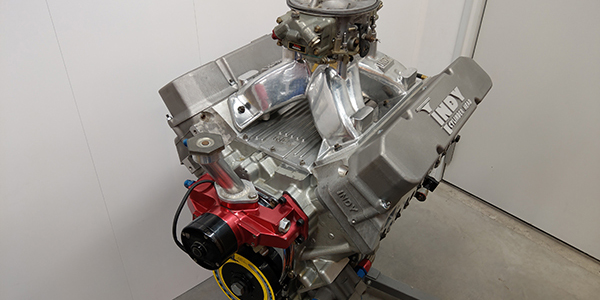 When Happs CNC Performance Engines’ employee Dan Chenoweth found a mega block available in Syracuse, NY, he jumped at the chance to turn it into a racing engine. Along with shop owner Keith Happs, the machine shop turned this 440 Mopar mega block into a 557 cid racing machine capable of 900-950 hp. Find out what went into this relatively rare build.

Tired of having to make a four-hour drive anytime he needed cylinder head work, block work or crank work done, Keith Happs decided he would need to open his own machine shop. The result was Happs CNC Performance Engines in Alexandria, MO.

“I laid out the floor plan on a napkin eating dinner one day and just made it happen,” Happs says. 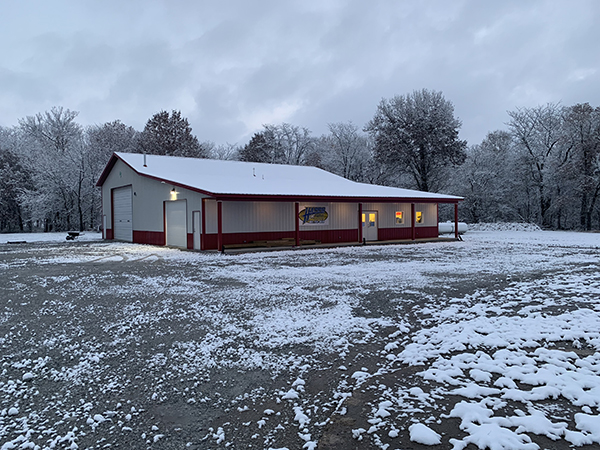 However, Keith didn’t just jump into owning a machine shop out of thin air. He grew up around engines, fixing his own dirt bikes, four wheelers and trucks as a kid. That led to an interest in tool and die work, which got him comfortable with machining.

At the ripe age of 20, Keith got a job working for John Deere doing agricultural diesel repair, which he kept for eight years before opening his own business, Happs Ag, Inc., in 2004 to repair John Deere tractors.

Over the next 14 years, Keith’s patience for having to drive four hours for machine work finally wore thin at the end of 2017. In January 2018, he borrowed the money to buy a piece of property next to the Happs Ag, Inc. business and built an engine machine shop – Happs CNC Performance Engines. 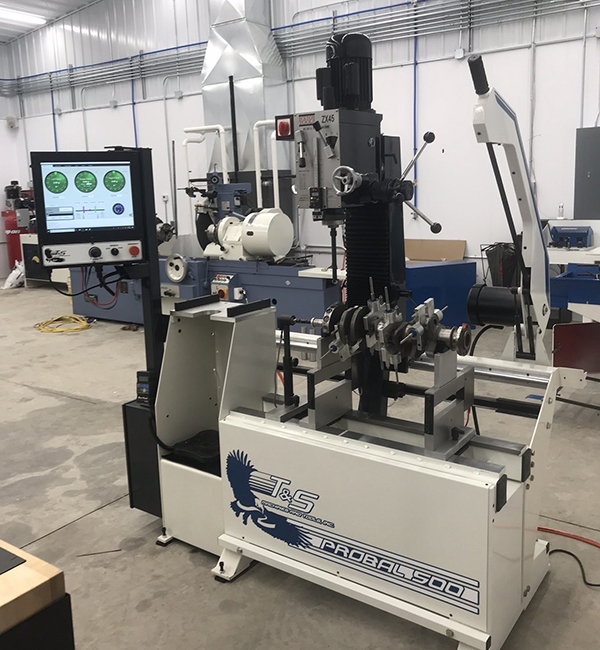 “I just dove off the deep end and built this shop,” Happs says. “We started groundwork in March of this year. In February, I went down to Gainesville, Texas and hooked up with T&S Machines and Tools to talk about a crank balancer – Tim Whitley ended up setting up my whole shop. The new equipment we got is a four-axis CNC, a T&S surfacer, a T&S balancer, and a T&S seat and guide machine. T&S also refurbished my K10 Sunnen machine, my Sunnen hone, my Berco grinder, a Kwik-Way magnaflux table, and a SuperFlow flow bench for me. We also have a 1,500 hp SuperFlow engine dyno. My whole shop is color coordinated with blue and white, even my Sunnen machine and Berco crank grinder – they’re all blue and white.” 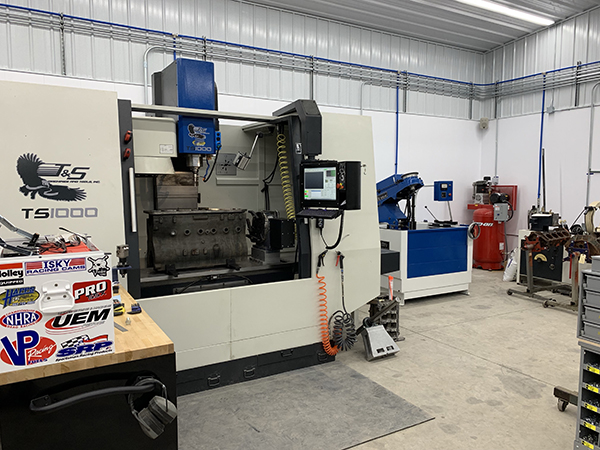 Happs CNC Performance Engines opened up for customer jobs in November 2018. Busy with his new endeavor, Keith decided to turn over his day-to-day duties at Happs Ag, Inc. to his cousin Terry. His new focus was on the machine shop, which does everything in-house with five full-time employees and has the capabilities to take care of ag engines, industrial engines and performance engines.

“I tried to set the shop up so I could take care of any of the local businesses,” he says. “We’re in a rural community with a lot of agriculture. We have a lot of farmers and a lot of ag businesses, so we see a lot of John Deere, Kubota, International, Ford, and New Holland. We also have Volvo, International and Caterpillar dealerships. So I wanted to be able to do the big equipment, but at the same, my passion is racing engines.” 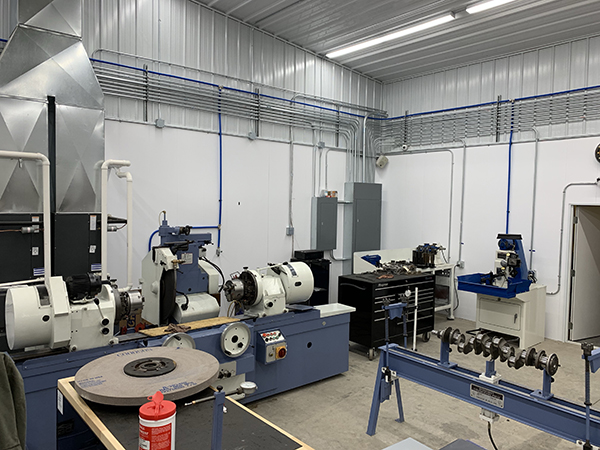 With a bevy of state-of-the-art equipment, Happs is set up to accommodate a lot of engine work, and according to Keith, the plan is to keep that engine work affordable to customers.

Most recently, Happs finished up building a 557 cid Mega Block engine for bracket racing. The engine, which started life as a 440 mega block, belongs to shop employee Dan Chenoweth. Dan bought the engine block from a guy in Syracuse, NY. 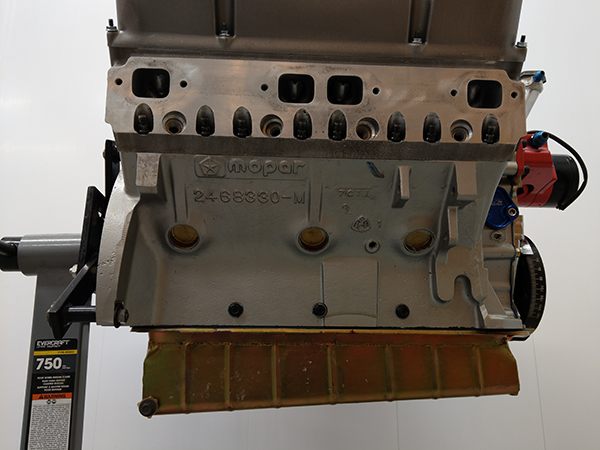 “I have two of these mega blocks,” says Chenoweth. “Chrysler was having someone build these mega blocks back in the late-90s and early 2000s. They’re a design similar to a 426 Hemi. They’re a four-bolt main block and you have two bolts coming up from the bottom into the block and then they have side bolts coming in from the side of the block into the mains. Chrysler had these on the market for several years and for some reason they quit making them. Now, these things are really hard to find because anybody who has one usually doesn’t want to get rid of it.” 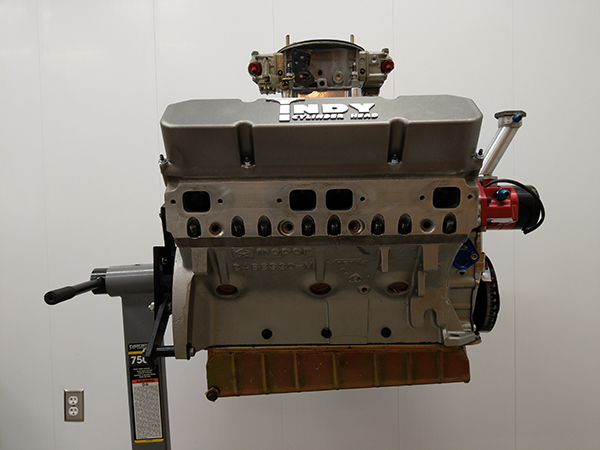 Chenoweth ended up finding two – one he has is a 500 cid engine and the other is the recently built 440 mega block engine that the shop stroked to 557 cid.

“These blocks were designed for racing,” he says. “They designed them a lot heavier in the lower end down in the crank webbing to support a lot of stroke. They’re a very durable block. If you compare a stock 440 block and a mega block, you can look at the difference in how much heavier the lower end in the mega block is.” 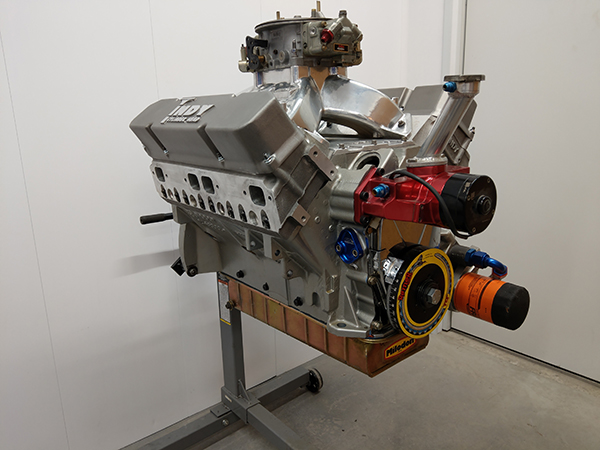 The block Chenoweth most recently bought has never been run and all the parts and pieces in it are brand new. The crankshaft is a Callies 4.375˝ stroke crank. The connecting rods are Oliver Racing Parts Ray Barton rods. Its got a set of Ross coated pistons and a Milodon oil pump, and the cam is a .706˝ lift and .294˝ duration cam from COMP Cams.

“It’s not a real high lift cam so you don’t have to run real heavy springs and it’s not hard on your valve train,” Chenoweth says. “I build them more for duration than to go fast.” 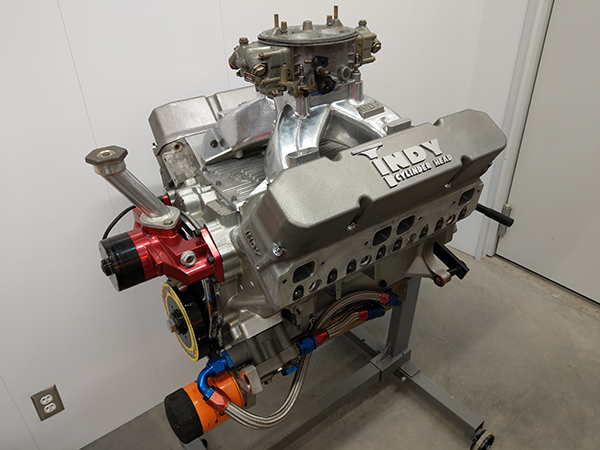 To finish up the engine, the shop used a set of Indy SR heads on it. These heads have been ported and they’ll flow everything the motor will give it. For the valve train, this engine features a set of Harland Sharp roller rockers, Smith Brothers pushrods, COMP Cam valves, K-Motion Racing springs, and a Cloyes roller timing chain system.

“We tried to put the better parts and pieces in it,” he says. “The engine is going in my buddy’s dragster. We’re going to have some fun with it.” 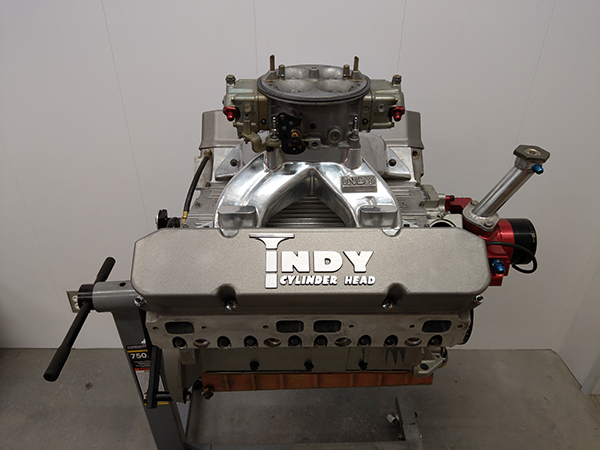 “We’re just bracket racers, so it’s not how fast you go,” Chenoweth says. “It’s how consistent you are.” 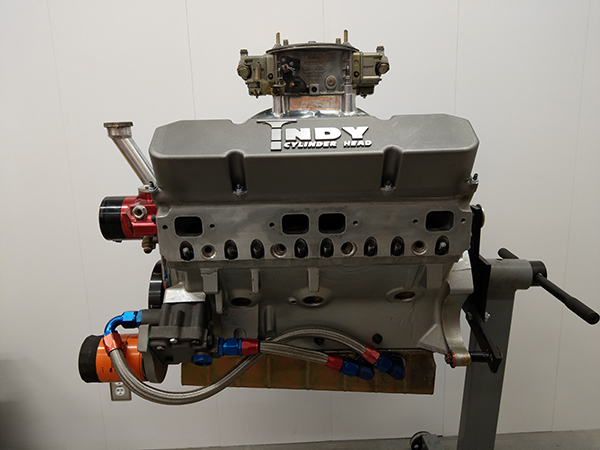 That level of consistency in this 557 cid Mega Block engine will help it pump out 900-950 hp! Sounds like fun indeed.