As so many of the best things do, a good-natured competition between brothers has developed into a successful growing business serving customers across the country. What started in a coal barn in “the middle of nowhere, IN” has grown in a short period of time into one of the most respected performance diesel engine building facilities in the world. 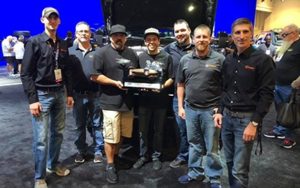 Freedom Racing Engines in Brownsburg, IN, has been named the 2018 Diesel Engine Builder of the Year, presented by Engine Builder magazine and Federal-Mogul Motorparts and its Fel-Pro, Speed-Pro and Sealed Power brands.

“My brother Brayden and I basically started Fleece Performance back in 2006 at our dad’s place,” explains Chase Fleece. “We both had full time jobs in the diesel industry and we gained a love and appreciation for the diesel engine, especially with the amount of power that’s able to be made.

“We started working on pickups on the side – I had a 2002 Ram with a Cummins and Brayden had a 2005 Chevy Silverado with the Duramax LLY. We just started tinkering with them and doing some things with the tuning.” 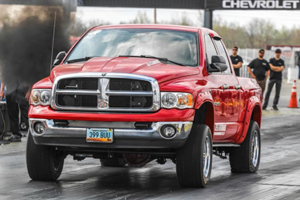 What Fleece modesty describes as “just tinkering” resulted in impressive innovation and product improvement. As the company history records, Brayden’s Duramax became the test bed to develop the TurboBrake and Duramax Cheetah, while Chase’s Cummins was one of the first Cummins pickups to integrate an Allison Transmission.

“We had buddies who would say, ‘Hey, I want my truck to run great as well,’” Chase explains. “So we started working on other peoples vehicles and word of mouth spread. It was just a big chain reaction. We had had some very expansive growth in a short period of time.”

Fleece says the rapid growth was a blessing and a curse. “Fast forward to 2010 – We were getting to the point where we were too big for our own building. We went from having three or four employees to eight or nine in a two-year period, which doesn’t sound like much, but in a 4,000 square foot building it’s pretty crowded.” 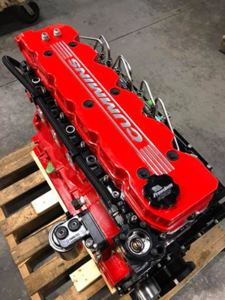 Fleece Performance attended the brutal endurance test that is the Diesel Power Challenge in 2010, 2011 and 2012, both in support of customers and with their own trucks, and continued to develop high performance diesel products. Then their home county threw the black flag on the Fleece Brothers’ business. “We were zoned for a general business out there in the country, and they wouldn’t let us rezone the way needed to be,” Chase explains. “So, we upgraded our situation pretty dramatically and moved to Nitro Alley in Brownsburg, IN.”

Nitro Alley, home to legendary drag racing drivers and teams such as Kenny Bernstein, Cruz and Tony Pedregon and John Force, might have seemed to be an odd location. “Well, we were like the Beverly Hillbillies when we moved to town,” Chase confesses, “except for one simple fact. We found out that we all love engines of any kind. We quickly became friends with crew chiefs from some of the most famous Top Fuel teams and found out they loved diesel pickup trucks and turbos as much as we did. 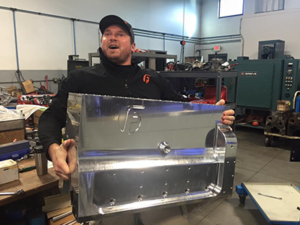 “Brian Corradi (formely of Antron Brown’s race team and now with John Force), had a Chevy truck that we worked on. He had a lot of fun with it and introduced us to a lot of people, including the guys over at Freedom Racing Engines, because they were across the street. We had been using a local shop on the south side of Indianapolis, but we were always looking for better quality.”

The guys at Freedom were a smaller shop, doing a little bit of top fuel block repair, just a few here and there. They were really busy doing nostalgia drag racing league engine blocks, but quickly became Fleece’s biggest customer. One day they were talking to the owner, and asked him, “Hey, when are you gonna retire?” He said, “You know what, it’s funny you said that. I’ve about had enough of this. You guys are young and dumb – you ought to buy it.” 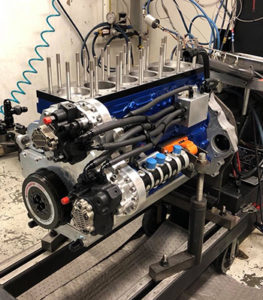 So Fleece bought it and it’s pretty much doubled in growth every year since 2013. “We still service all of the top fuel blocks in the area. We actually do a lot more of those now than we ever used to. There’s usually 20 to 30 top fuel blocks in here at a time, and they’re always getting in and out.

“We’re that little shop that fixes everybody’s windows in the block; when they blow them up on Sunday we fix them on Monday.”

In addition to the Top Fuel work Freedom performs on its multiple Haas machining centers, the company has developed its own aluminum Cummins block, machined in-house. Main caps are made across the street at the Fleece Performance location.

Fleece says this dedication to excellence supports professional racers including the reigning champ of the Outlaw Diesel Super Series (ODSS). “Ben Shadday won the championship this year and held the ET record for most of the year. The truck’s best pass was something like 4.60 in the eighth mile – the crazy thing is, it’s easily capable of 4.20, maybe even a 4.15.

“Unfortunately, all our work can be undone with poor track prep,” Fleece continues. “We went to Piedmont in North Carolina this year, and they didn’t prep very well. The truck ended up in the wall, so it’s at the shop right now getting fixed.”

He says that’s another part of the Fleece Performance brand –  “We’ve got a little fab division, a repair facility and a machining manufacturing area. It’s just a very diverse company.”

Fleece points out that part of what is so appealing to truck owners is that you can make gobs of power and still use the truck. And that is with stock pickup trucks direct from the factory.

What keeps the lights on for Fleece? Continued development and product enhancement, for one thing. “Our claim to fame is the electronics on the engine. I don’t like messing with the mechanical stuff,” he says.

“I’ll give a shout out to two people who I’ve looked up to over the years. Van Haisley from Haisley Machine and Dan Scheid from Scheid Diesel are the godfathers of this deal,” says Fleece. “Let’s face it, we started out 10 laps down and we’re just now getting to the point where we’re running with them. That’s a big deal to us because Haisley and Scheid have had the trucks to beat for so many years in different classes on the pulling scene. We’ve been trying to beat them over the years and they’ve had a head start over all us.”

Fleece says he’s confident his team continues to head in the right direction. “We’ve had a really good season in the truck pulling category as well as drag racing. You might not hear us brag too much – I feel like we’re a pretty humble group of guys. We try to let our actions speak a hell of a lot louder than our words.”

This Freedom Racing Engines-built 6.8L Cummins is sure to provide more than enough power for Jen Pushler when it’s under the hood of her pulling truck. Check it out!

Drew Carter is one of those guys who just won’t let the 5.9L VP44 die out! With this build, he’s another guy who has shown that it still has some staying power in the diesel racing world. Check it out!

Brian Tom’s 05′ Silverado “Goldilocks” is powered by a 6.6L LLY Duramax that makes around 1,100 horsepower on nitrous, it’s our Diesel of the Week. Check it out!