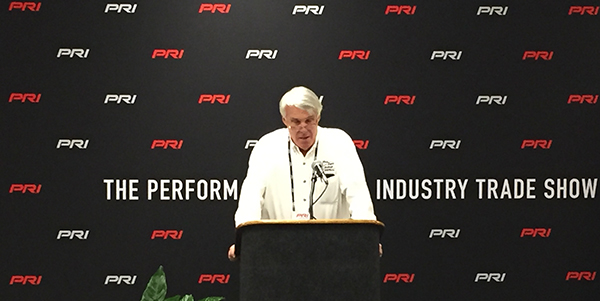 The inaugural American Iron 2-valve Shootout Race Engine Challenge, presented by VP Fuels and Lubricants, held October 2-6, 2018 in Charlotte, NC, featured 12 engine builders from across the United States putting their most creative builds against each other in a dyno racing competition. Following five days of competition, Greg Brown, Hammerhead Performance Engines, Snellville, GA, was crowned the victor of the 2018 Race Engine Challenge with a score of 1634 with his smallblock Ford Hemi.

The five-day event featured multiple dyno runs per day on Tuesday, Wednesday, Thursday and Friday, with the two top engines battling each other on Saturday, as well as an interactive technical conference for participants and guests.

Race Engine Challenge to Return for 2019

Coronavirus and the Engine Building Industry
Connect with us