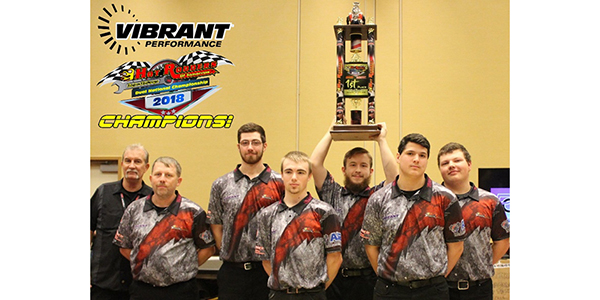 A total of forty-four teams competed at the SEMA and PRI shows just to get into the Elite Eight competition. The top four SEMA show seeds against the top four PRI show seeds.

The final half of the Hot Rodders of Tomorrow Engine Challenge 2018 Dual Championship took place this past week at the PRI Show in Indianapolis, IN. It included 17 teams which came from coast to coast to battle to become one of the Top 4 teams to move on and compete in the Elite eight playoffs for the 2018 National Championship at the PRI Show Dec. 7th and 8th.

A total of forty-four teams competed at the SEMA and PRI shows just to get into the Elite Eight competition. The top four SEMA show seeds against the top four PRI show seeds. 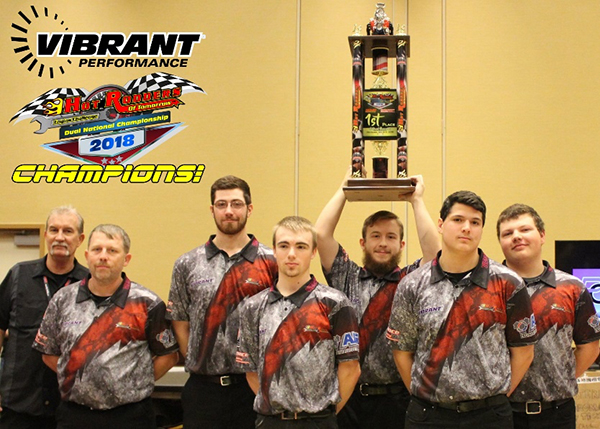 The times are based on three important parts. First it is the average of the three times the teams competed. Second, are the penalty minutes added for mistakes made during disassembly and reassembly and the third part is a 50-question written test on parts and tools identification along with general engine and rules knowledge.

The Elite Eight, The Best Against the Best!

It was a close competition as all of the Elite Eight teams flew around the Chevy 350 high performance engines tearing them apart and then reassembling them. All eight teams had at least one perfect engine build. Teams Engine & Performance Warehouse, Vibrant, and Edelbrock each had two perfect engine builds during the Elite Eight Playoffs. The total time difference between first and fourth place teams was only two minutes and eight seconds!

In the end Team Vibrant Performance, from Burton Center for Arts & Tech in Salem, VA, won with an average time of 17:26. Burton Center’s coach Chris Overfelt won the national championship for a third time.

Advertisement
In this article:Hot Rodders of Tomorrow, PRI, SEMA