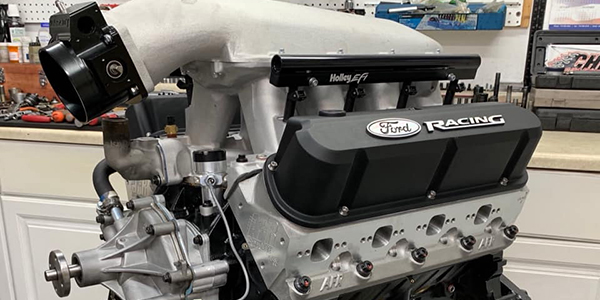 Looking to test real world differences between carburetor and EFI engine set-ups, while also testing different-sized camshafts, the team at Coast High Performance and Custom Performance Racing Engines built this 408 cid Ford Windsor Stroker engine. Read on to find out what went into the build and what the dyno results showed.

When Martin Marinov got out of high school, he needed to find a job that would help him pay for his racing habit. At the time, Marinov owned a Mustang, which he wanted to upgrade with a Ford 347 stroker engine, so he went looking for a shop that specialized in those engines. Turned out there was a shop named Coast High Performance just down the street from him in his hometown of Los Angeles in the South Bay / LA Harbor area. Marinov took the opportunity to talk to the Coast High Performance owners about getting a job.

“They sent me on my way,” laughs Marinov. “But I didn’t let that deter me, so I went back and said, ‘I really want to work for you guys.’ They agreed to hire me pretty much right out of high school. I worked for them for almost four years. I acquired a lot of skills there – learning how to put together an engine combination, purchasing, dealing with vendors, dealing with customers, learning about measuring, building engines, the dynamics of an engine, learning about cylinder head flow, and all the fun stuff.” 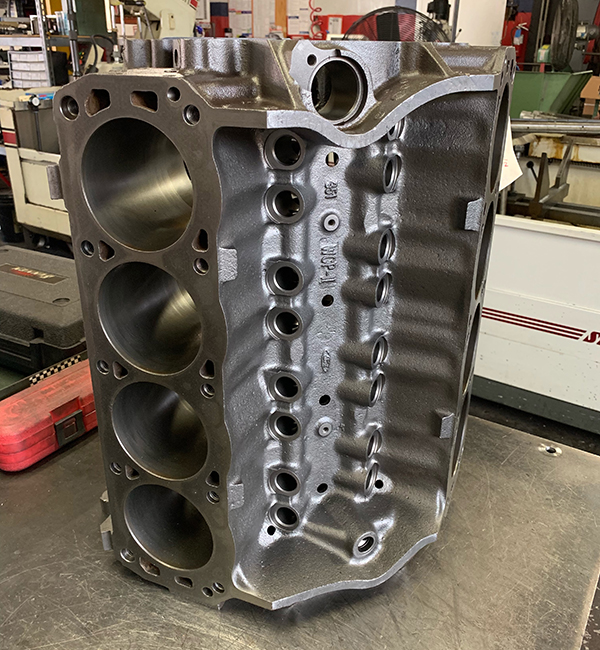 After four years of refining his craft, Marinov decided it was time to go out on his own and started a business selling engine parts and building engines out of his garage. A few years down the road, he got back in touch with an old high school buddy who he used to wrench on cars and engines with.

“My buddy had some space available in his building, and he ended up selling his cylinder head business and we decided to open up a shop called Custom Performance Racing Engines (CPR Engines),” Marinov says. “We initially started off with a couple lifts just wrenching on cars, doing engine swaps, installing engines, tuning, doing suspension systems, and exhausts.” 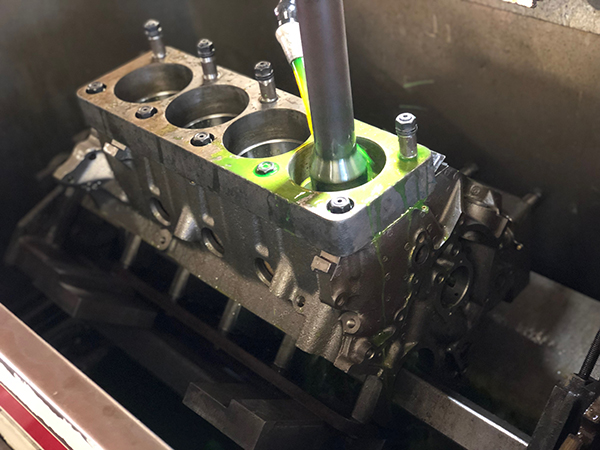 As luck would have it, Marinov was able to buy out a machine shop that was closing down called Speed-O-Motive. The owner also sold CPR some equipment, which allowed the young shop to grow and do much more engine work.

During that time, Marinov’s former employer, Coast High Performance, was sold to Probe and then subsequently to another shop when Probe went into bankruptcy during the recession. That shop ended up not being able to take on the additional business and contacted CPR about buying Coast High Performance. 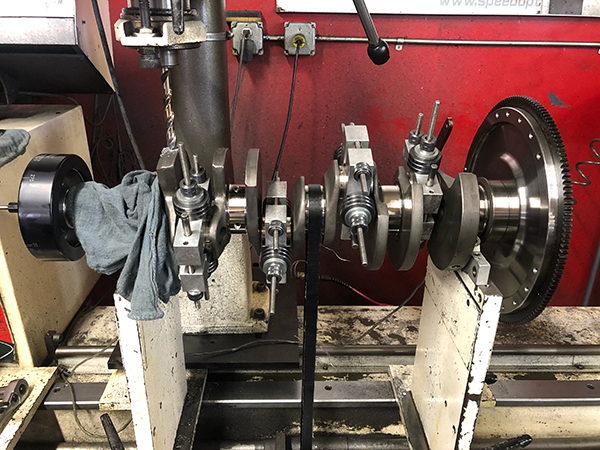 “They knew we were interested in Coast since I used to work there and most of the guys who work for us at CPR were ex-Coast or Probe employees,” he says. “We had an interest in saving the name of the company, so we ended up assuming all the liability of Coast that was accumulated through the Probe bankruptcy and we built the engines that customers were promised and shipped them out. That’s how Coast became part of Custom Performance.” 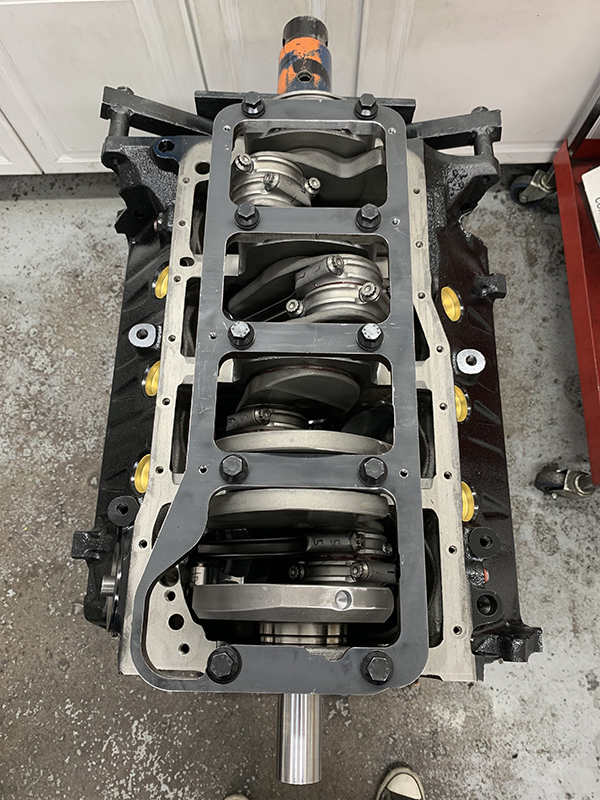 “We have eight full-time employees and we’ve been in business since 2003,” he says. “Little by little, we just kept adding equipment. We now have an in-house, 5-axis mill, so we could bring our CNC cylinder head porting in-house. We make parts with it as well. Most of our engine shop equipment is Rottler equipment. We do have a Sunnen align hone and Sunnen rod hone, a Hines digital balancer, a Rottler valve grinder, a SGF8 seat and guide machine, a surfacer, a HP6A diamond hone, a Rottler S65A block and machining center, and a DTS engine dyno.”

The two shops build engines for hot rodders, off-road racing, trophy trucks, sand buggies, boats, and pretty much anything you can think of. They also do a lot of machine work for other shops in the area. While the capabilities of CPR and Coast are endless, the focus has been on building small block Fords and LS engines. 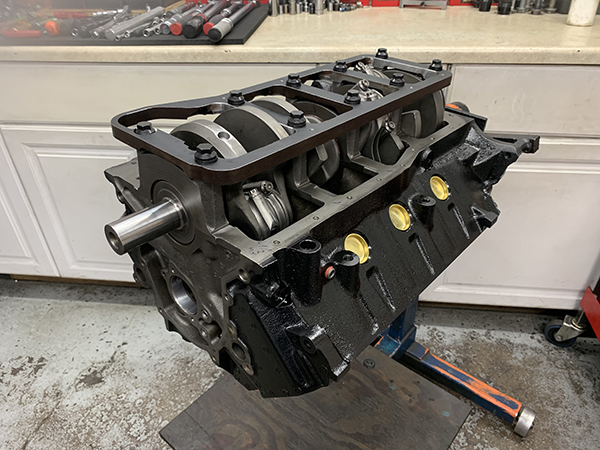 “Those have really been the bread and butter of the company,” Marinov says. “The Coast High following is huge for people still building these small block Ford engines, however, it’s actually becoming tougher and tougher for us to find cores. That’s going to be a little bottleneck for us here in the near future. Getting a Ford 302 roller block or a 351 Windsor roller block is going to be more difficult since they stopped producing those around the late-‘90s.” 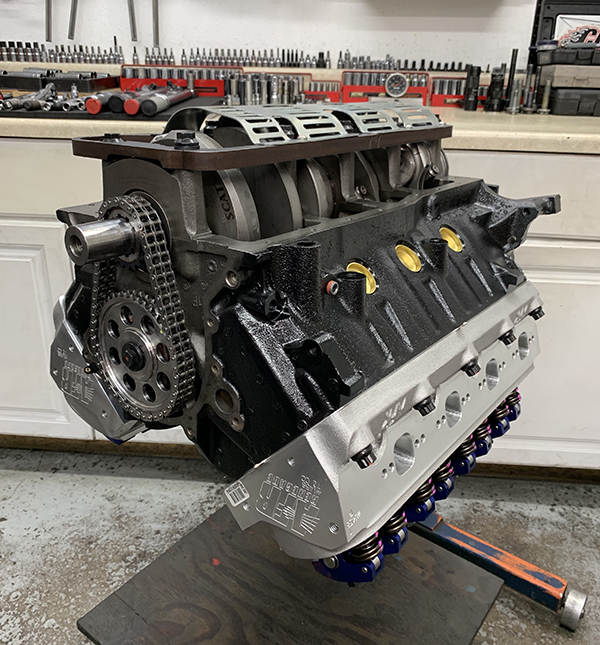 To start the build, the 351 Windsor roller block was cleaned in a hot tank and then bead blasted. The main girdle got put on and then it got align honed it to make sure the main caps were set up for the proper clearance and dimensions. After the mains were done, the next step was to put the block on the CNC machine to square deck it to make sure both sides were even. Then the shop bored the block to 4.030˝ and did a torque plate diamond hone.

“We do a lot of testing for companies looking to see how their products perform,” says Tobias Aldrete, the shop’s general manager. “We’ve done testing for AFR and Edelbrock, etc. This engine is just about testing carb versus EFI in a real world scenario with different camshafts. AFR came to us about new intakes for the Windsor, so we figured we might as well put it all in the mix.” 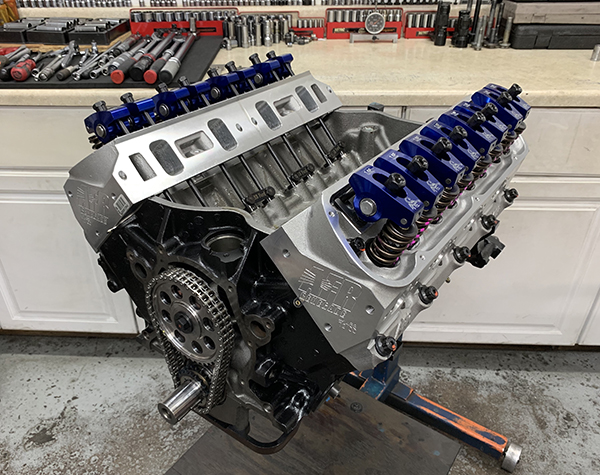 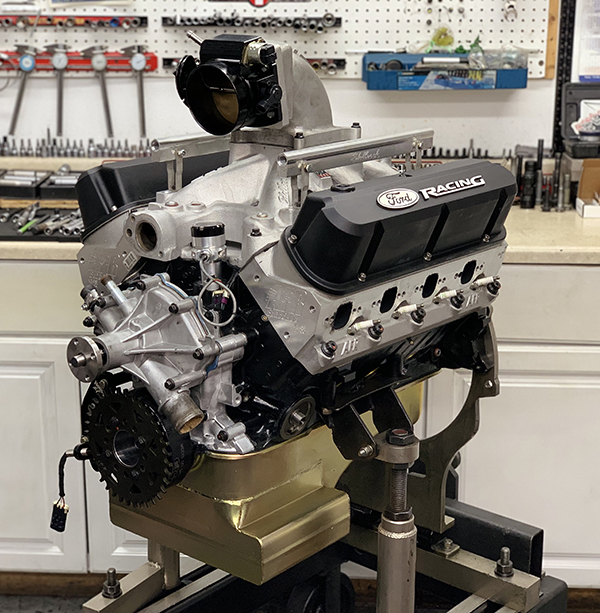 The three cams for the dyno testing were donated to Coast by Cam Motion – the smallest cam is 240 duration, the medium cam is 252 duration and the biggest cam is 256 duration. AFR also gave Coast a set of 205 small block Ford heads with a hydraulic roller springs to test.

The 408 Ford Windsor Stroker engine was finished to have a 10.5:1 compression ratio, and was expected to pump out more than 550 horsepower on the dyno. 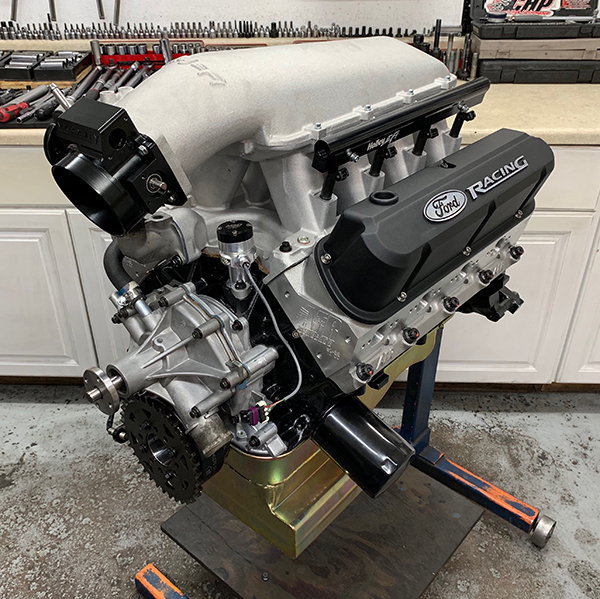 “Although a lot of people have seen the Holley Hi-Ram on engines or engine stands, there haven’t been a lot of videos for people who want to use it,” Aldrete says. “That’s part of the reason we wanted to run these tests. We used an AEM Electronics ECU, which is their Infinity unit. We used a Holley crank trigger kit and the MSD cam sync. We prefer to stay away from distributors because, even though they work great, if you want perfect accuracy on the timing you have to have a relay tool.”

For the second test, the Coast High team took the Holley Hi-Ram off and put on the Edelbrock Super Victor Jr. EFI intake with a 90-degree elbow and the 102mm throttle body. Again, both intakes were port-matched to the AFR heads. 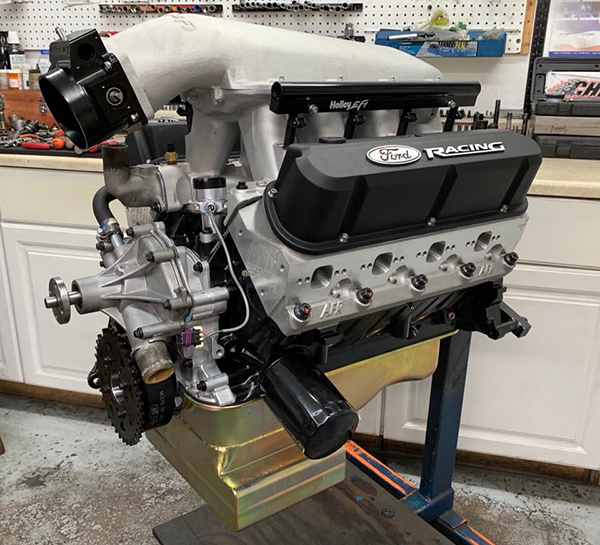 The second dyno pull using the Edelbrock Super Victor Jr. EFI intake was done using the same air/fuel ratios, timing tables and camshaft as the Holley Hi-Ram. “We wanted to have an apples-to-apples comparison between the two intakes,” says Marinov.

For the third test, the Coast High team got rid of the 90-degree elbow and the 102mm throttle body and put on an Edelbrock 4-barrel carburetor throttle body system. Aside from that switch, nothing else about the engine was altered.

This time, as expected, the carburetor choked the engine down a bit resulting in the engine churning out 517 ft.-lbs of torque at 5,200 rpm and 562 horsepower at 6,300 rpm. 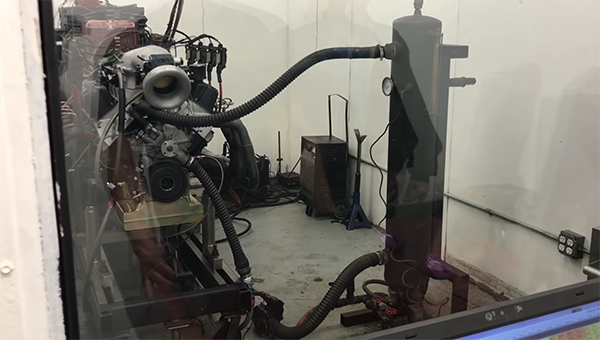 For the fifth and final test, the Coast High team used cam #3, which is the largest cam in the test at 256 duration and .525 lift. Again, nothing else about the engine changed. Coast still used the Edelbrock Super Victor EFI intake with a 90-degree elbow and the 102mm throttle body.

The results using the 256 duration cam versus cam #2 were very similar. The engine pumped out 530 ft.-lbs. of torque at 5,500 rpm and 610.8 horsepower at 6,400 rpm. While there wasn’t too much of a difference on peak numbers, the larger cam suffered on torque early in the curve compared to cam #2. “People have to remember you spend more time in the middle of the power curve than at the peak,” Marinov says.

In the end, it was cam #2 that offered the best peak torque and horsepower results during the five dyno pulls, and the two intakes offered very similar results with the slight edge going to the Holley Hi-Ram over the Edelbrock Super Victor Jr. intake.