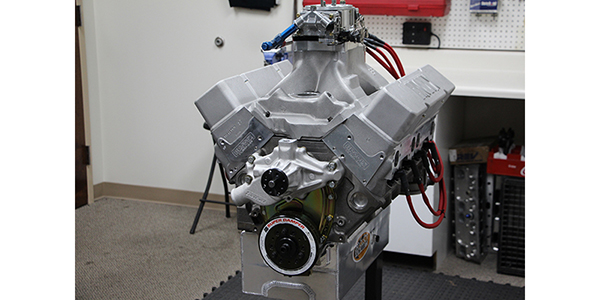 Having worked for McLaren and Diamond Racing Products as a young man, David Vaseleniuck was looking to make an impact at the highest level of racing – the NASCAR Cup Series. To do so, the young, 19-year-old Vaseleniuck, left his hometown of Windsor, Ontario, Canada – near Detroit – loaded up with a big block Chevrolet and drove to Michigan International Speedway. He managed to get himself and the engine in the pits and found himself talking to Bobby Allison as a 19-year-old kid with a 427 big block.

With a golden opportunity staring him in the face, Vaseleniuck begged Bobby to put the engine in his car, but Bobby refused. “He said, ‘No, I can’t do that with the sponsorship we have,’” says Vaseleniuck’s son, Darrick Vaseleniuck. “But he said, ‘I’ll tell you what. If you show up at Charlotte next weekend, I’ll make sure it gets in someone’s car.’ And my dad did. He drove the engine all the way from Windsor, Ontario, Canada to Charlotte Motor Speedway and brought it to the track.”

Vaseleniuck found Bobby at the track in Charlotte, but once again, Bobby wouldn’t put it in his primary car. The race began without anyone running Vaseleniuck’s engine. However, according to Bobby Allison himself, he ran into engine issues during the race and his crew decided to switch out the engine for the one Vaseleniuck brought to the track. Allison was out of contention at this point, but the team decided to test how this new engine ran in the remaining laps.

“The engine ran so well and Bobby’s car had such good lap times that Bobby hired my dad the next day,” Darrick says.

With that determination paying off, David Vaseleniuck ended up building the Allison’s racing engines from the ‘70s through the mid-‘80s, at which point he decided to leave NASCAR to focus more on family and start his own engine machine shop – Vaseleniuck Engine Development or VED Racing Engines.

Unfortunately, David passed away in July 2018 at the age of 69. However, his shop lives on thanks to his wife Susan and his son Darrick, who now runs the day-to-day operation of VED.

“He had quite the NASCAR following,” Darrick says. “I started helping him when I was real young at about 5-7 years old – I would wash parts for him. I had a real good teacher, and I was exposed to a lot at a young age. I myself went and worked at AJ Foyt Racing for a couple years, and then at what is now Roush Yates Racing Engines for almost 13 years. In February 2013, I elected to come and help my dad. I basically retired from Cup and started helping him. With my mom Susan helping us at the shop, we now have three generations here.”

Over the years, Vaseleniuck Engine Development has had several name changes and location changes, but today the full machine shop has four full-time employees and is located in Mooresville, NC inside a 24,000 sq.-ft. facility the shop purchased in 2016. Since the NASCAR Cup Series days, VED has had to diversify its engine work, and now focuses on a lot of open wheel dirt modified, drag race and street performance engine work.

“It’s like a UMP-style open-wheel dirt modified, which is an open engine,” Darrick says. “The only rule is you have to use a steel block. There’s no cubic inch limits, there’s no cylinder head restrictions, it’s quite open.” 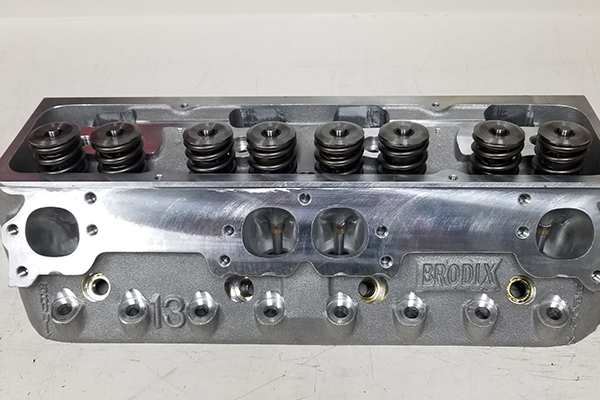 Vaseleniuck used Brodix 13-degree cylinder heads and a Brodix cast iron block for the foundation of this engine. Generally, these engines get Dart SP blocks. This is the first time the shop used this Brodix block.

“This engine is actually a house engine we’re going to try to lease and sell,” Darrick says. “To start, we always check everything. With the CNC world now, generally everything is pretty nice, but we’ll measure the align bore and basically start there and make sure the align bore is true. We’ll make sure the cylinders are parallel to the housing bore. Then we’ll deck the block. If there are any inconsistencies or it’s out of square, we’ll square the block up to the crank and typically end up boring it and torque plate honing it a bit. The bore is 4.125˝.” 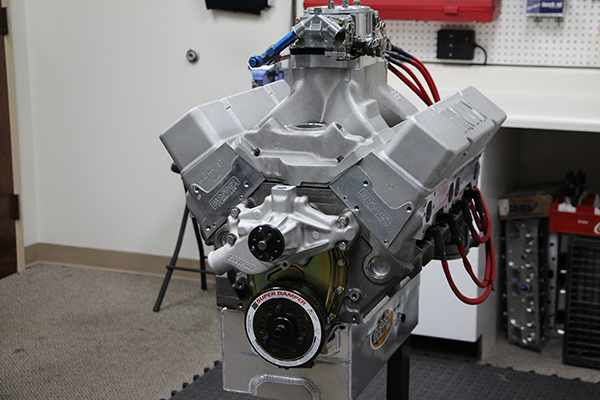 “When we get the heads from Brodix it’s a fully assembled package,” he says. “We do disassemble them to double check that everything’s right. We’ll retouch the valve job and valve face, but for the most part they’re pretty much finished. We’re also using a titanium intake and a stainless exhaust valve.”

With the engine fully assembled, this open-wheel dirt modified has a compression ratio between 13.6:1 and 14:1, and will crank out mid- to high-700 horsepower and around 640 lb.-ft. of torque. Time to go racing! 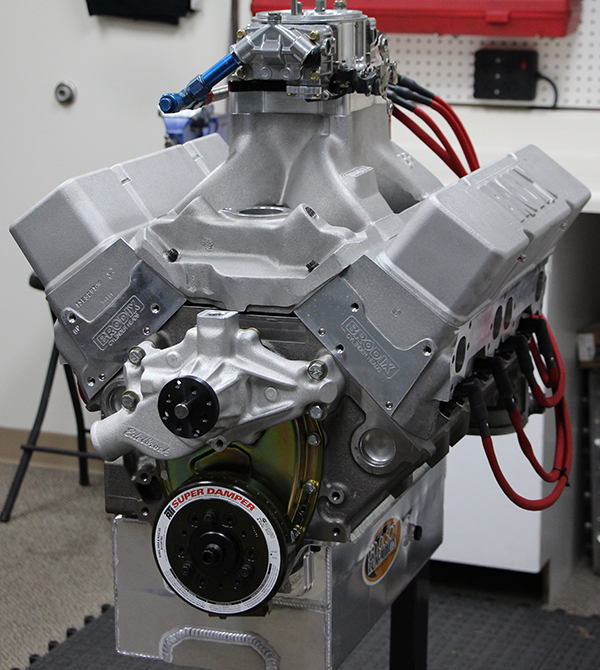