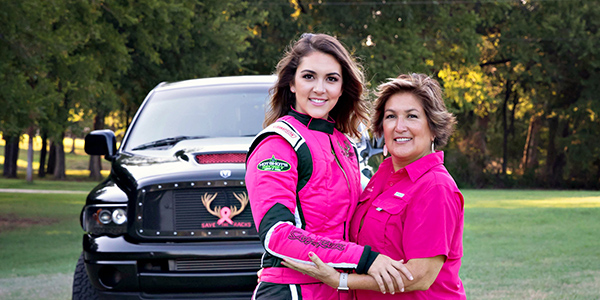 In support of breast cancer research, Lubrication Specialties Inc., manufacturer of Hot Shot’s Secret performance fuel and oil additives and ADRENALINE race oil, announce a contribution of $5,950 to the Breast Cancer Research Foundation. The funds were raised throughout the NHRDA race season through a special promotion sponsored by Hot Shot’s Secret. The promotion rewarded funds to Mueller’s Save the Racks charity for each successful pass made in either of Mueller’s two Save the Racks themed trucks driven throughout the 2018 race season by Mueller or Firepunk Diesel team member, Larson Miller. 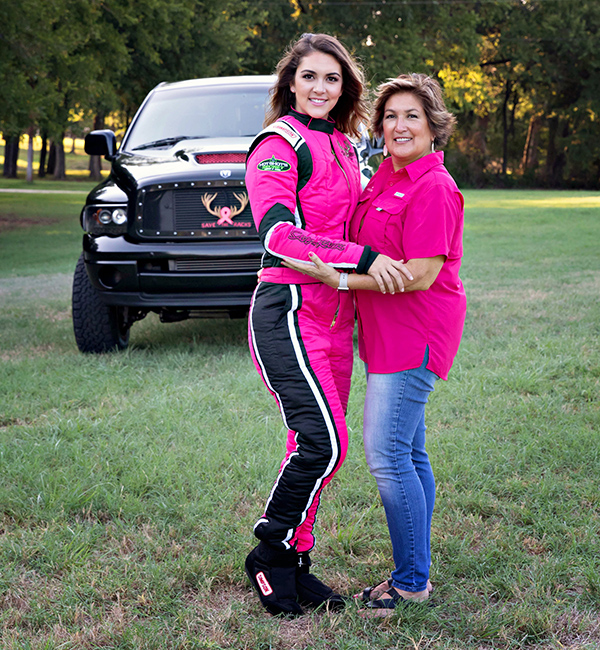 Hot Shot’s Secret donated $50 for each pass, in addition to giving a $250 bonus for each runner-up finish and a $500 bonus for a class victory at each NHRDA event. This, in addition to Save the Racks promotional tee shirt sales, accounted for the close to $6,000 in funds raised for breast cancer research.

Last year, Mueller branded her Dodge Cummins Super Diesel race truck in a pink Save the Racks motif to support her mother who has successfully battled breast cancer. Early this year, she also branded a second Save the Racks truck, a Chevrolet S10, driven by Larson Miller. This truck became the fastest diesel door car on the planet in September for the 1/8th with a record 4.47 at 167 mph at the SunCoast Diesel, the sixth stop of the Outlaw Diesel Super Series.

Kyle Fischer, Lubrication Specialties Inc. Director of Marketing, says, “We are incredibly excited to report a donation of $6,000. We fully support Amalee in her efforts to raise awareness about breast cancer and look forward to continuing these efforts this year.  It was gratifying to see the Save the Rackstrucks make runs at the track adding to awareness, but more gratifying was to have so many people stop by the booth and say they want to help. Almost everyone has a family member or close friend that has been touched by breast cancer. This was one small way we could help.”