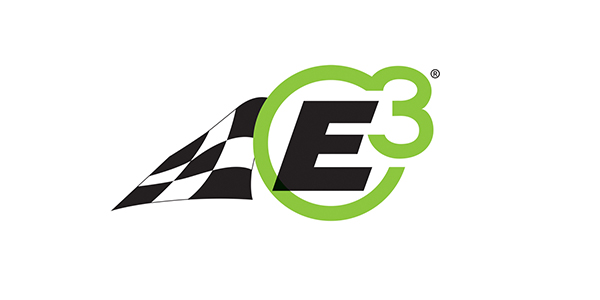 E3 will return as Pole Award sponsor this year for all 13 NASCAR® Pinty’s Series (NPS) races and the NASCAR K&N Pro Series.

The NASCAR Pinty’s series will head to Canadian Tire Motorsports Park for the eighth year in a row in Bowmanville, Ontario, Canada as part of Victoria Day weekend on Sunday, May 19.  NPS is making a return to the United States as part of Full Throttle Weekend (September 20-21) at the New Hampshire Motor Speedway.  This triple-header short track weekend event will include the NASCAR Whelen Modified Tour, NASCAR’s only open-wheel class, NPS and NASCAR K&N Pro Series East. The NASCAR Pinty’s Series Champion will be crowned at Jukasa Motor Speedway on Saturday, September 28 at the NPS Finale event, Pinty’s Fall Brawl.

“We are pleased to once again sign on as Pole Award sponsor for both the NASCAR Pinty’s Series and the NASCAR K&N Pro Series, stated E3’s Vice President of Motorsports, Rob Fisher. “Both series offer exciting racing, great opportunities for professional race experience and are well attended. We feel that our participation and support has enhanced our branding efforts and sales in two very important motorsports markets.”

The National Sprint Car Hall of Fame has announced its 2023 inductees, who will be honored on Saturday, June 3, for the 33rd induction ceremonies in Knoxville, Iowa. Among the names is SPEED SPORT’s Ralph Sheheen, who also serves as the host of PRI’s Grand Opening Breakfast.  Related Articles – Chris Douglas Named President, CEO