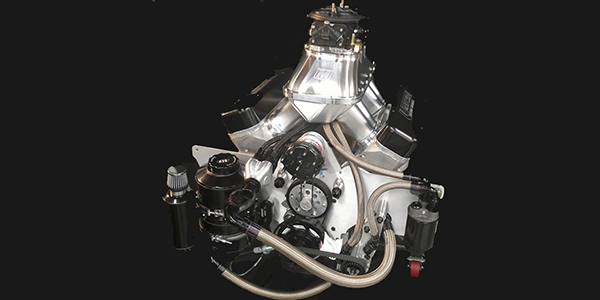 Chris Uratchko of Uratchko Racing Engines only takes on engine work that piques his interest or offers him new, exciting challenges. So feast your eyes on this 570 cid Pontiac engine built for heads up drag racing that delivers 1,200 naturally aspirated horsepower! Find out the full details.

When you’re really good at what you do and your services are in high demand, you have the luxury of picking and choosing which projects to take on. That’s the situation Chris Uratchko of Uratchko Racing Engines often finds himself in. The engine builder and General Motors design engineer only takes on engine work that piques his interest or offers him new, exciting challenges.

The owner of Uratchko Racing Engines in South Lyons, MI, just outside Detroit, has had an interest in cars, racing and building engines for as long as he can remember. His dad raced a ’65 Chevelle back in the ‘60s and ‘70s.

“I’ve been into cars, engines and racing most of my life,” Uratchko says. “My dad got me into racing and engines. I started out racing with NMCA back in the late-‘90s in their naturally aspirated class. We did pretty well for a few years and won a couple championships and I always had to do my own engine work because I couldn’t really afford to pay anybody to do it.”

It wasn’t long before people took notice of Uratchko’s success, and subsequently his engine building talents. 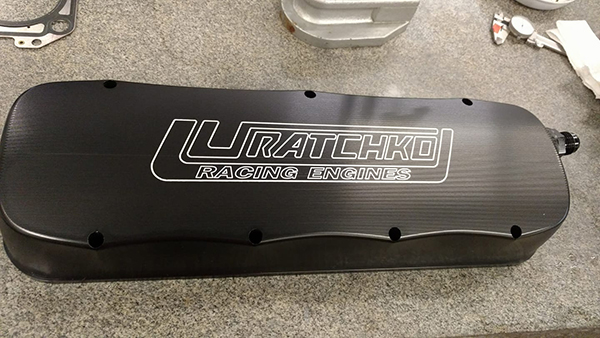 “I had some people give me the opportunity to work on their engines and I launched Uratchko Racing Engines off that in 2003,” he says. “We did well with the customer engines and things just kept growing. I tried to focus most of the engine work around the experience that I had, which was naturally aspirated, heads-up classes. Eventually that led into other things such as nitrous engines and boosted engines, but the core of my work I try to focus around heads-up racing. That’s mostly where my clientele are.”

Uratchko operates out of an 800 sq.-ft. space where he does small machine work, port work and assembly. However, a majority of his block machine work and heavy-duty cylinder head machining is done outside his shop, but that hasn’t deterred his racing clients from continually knocking on his door. 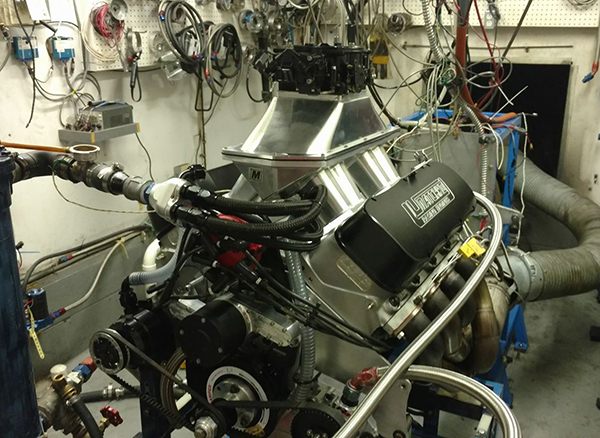 “I’m pretty selective with what engines I take on,” he says. “I take on engines on a case-by-case basis. It has to be something that interests me. If I feel like it’s going to be a good challenge and something that’ll compliment the business, I’ll take the work on. If I feel like it’s going to be problematic, I don’t usually take it on. I don’t want to too much turmoil with an engine. I like my stuff to be always running at the front if possible.”

One such engine is Uratchko’s good customer John Snyder’s new 570 cid Pontiac engine for his ’65 GTO. Snyder races in Ultra Street, which is an 1/8th mile, heads up, drag racing class that’s real competitive on the East Coast. Snyder and Uratchko first teamed up on Snyder’s old engine, but he came into the shop wanting a from scratch, new engine to replace it. 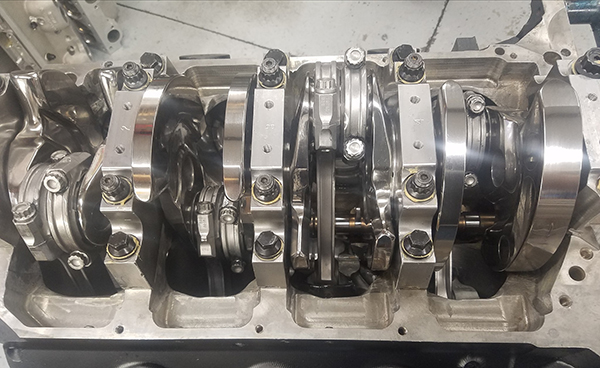 “It’s a good engine just because of the challenge that it’s been,” Uratchko says. “It’s given us quite a headache the last couple of years because of how aggressively we operate the engine. It’s all starting to come together now, so we’re starting to see some good results with it.”

According to Uratchko, Snyder was just his second Pontiac customer and admittedly, Chris didn’t have a ton of Pontiac experience at the time. 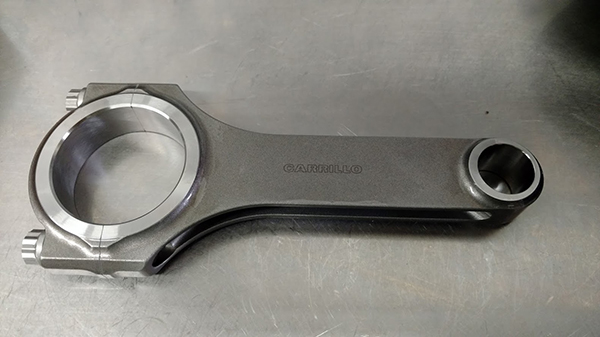 “There are a lot of nuances in those engines that you have to learn and develop as you go,” he says. “There are a lot of tricks with them to make them live with the big horsepower and rpm that we’re turning. John wanted to do an engine from scratch and so we started gathering parts and we had some pretty good people involved with the build.”

With an eye on making big Pontiac power over what Snyder currently had, Uratchko got the green light to start the new build. 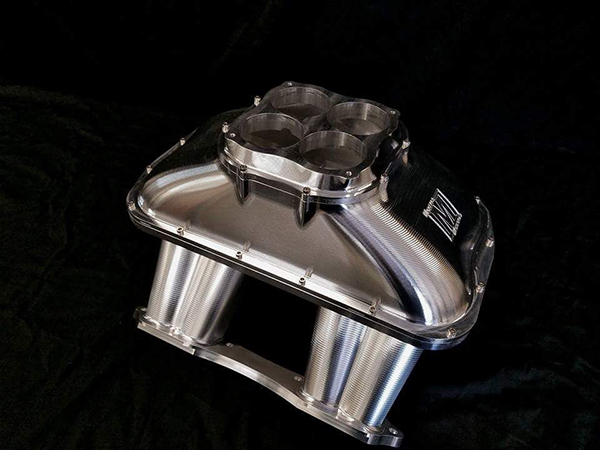 “We had to comb through a few engine blocks, finding a good one to use,” he says. “At the time we were looking for blocks, there was a little bit of scarcity with them, but we found one with good, thick cylinders. We had LSM over here in Michigan do lightening work on it and they did all the heavy-duty machine work on it like the big cam tunnel for it. All the finish machine work was done at Caro Motorsports. 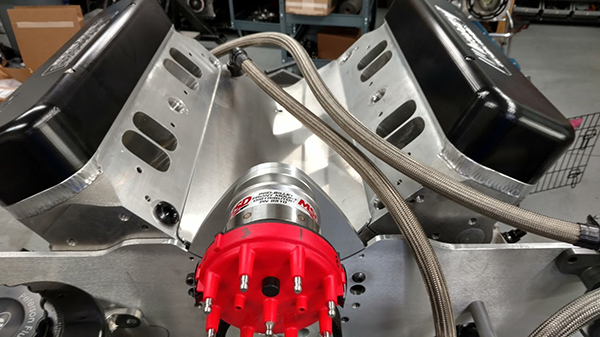 “I also work real close with John Marcella of Marcella Manifolds. He developed the cylinder heads, which are a set of All Pontiac Tiger wedge heads. He developed a really good port for them and then we sent them down to Texas to have Slick Rick Racing Heads do the CNC machine work on them. They turned out really well, however, the heads are challenging because they have a tendency to leak a lot of water. There’s always challenges with Pontiac stuff, and we were battling a lot of water leaks and casting flaws in these things. It’s been a big challenge just getting everything to where we needed it.” 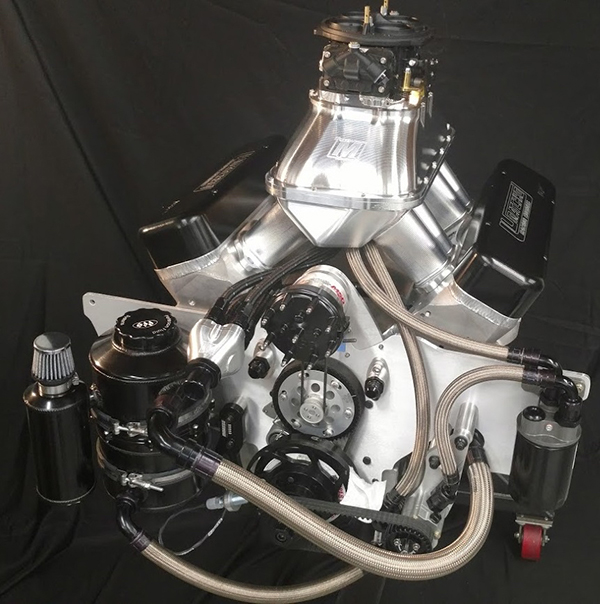 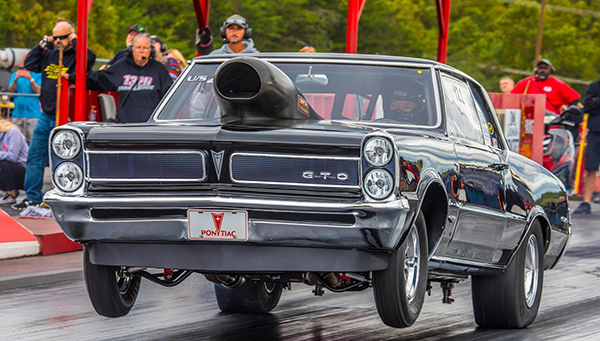 With the 570 cid Pontiac engine all together, Uratchko says it’s making somewhere around 1,200 horsepower naturally aspirated! 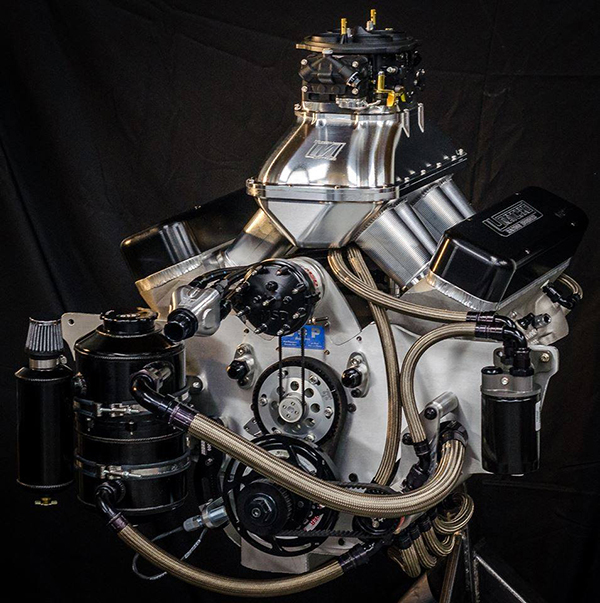 “He raced at World Cup a few weeks ago on the East Coast and went 7.59 in the 1/4 mile in his big, full body, ‘65 GTO, which is pretty impressive for a car like that,” he says. “It’s a leader in the Pontiac engine world right now.”

And Chris Uratchko’s engine work remains much sought after because of it.

Advertisement
In this article:Engine of the Week, PennGrade Motor Oil, Pontiac, racing engine