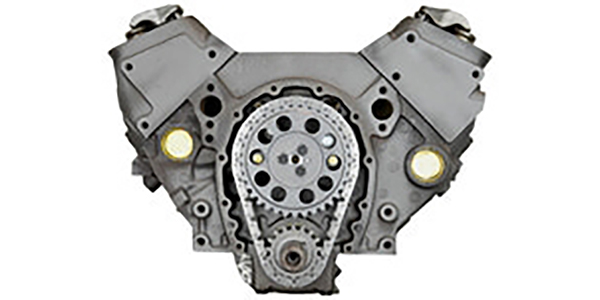 Every year, Engine Builder magazine surveys its readers to ask how much you charge for various rebuilding and machining operations for different engines. This Labor Costing Study provides a look at national and regional average labor charges for rebuilding the 4.3L V6 also known colloquially as the Chevy 262.

General Motors’ family of 90° V6 engines began in 1978 with a 3.3L model engine in the Malibu. Over time, the 262 cid/4.3L V6 engine was developed for Chevy full-size cars and Chevy and GMC trucks and vans.

In 2002, an updated fuel injection system found its way into the LU3 engine for General Motors’ full-size, light-duty pickups. This base model engine powered the Chevy Silverado and GMC Sierra 1500 as well as the Chevrolet Express and GMC Savana full-size vans. Over its life span, it was known for its fuel efficiency, torque, durability and low cost of ownership. These factors, combined with GM’s continual improvements have given the 4.3L V6 the reputation as the most successful engine in GM’s 90° V6 engine family.

New, the LU3 produced 195 hp and 260 lb.-ft. of torque and has a cast iron block and cylinder heads. It features an overhead valve configuration with two valves per cylinder. The rotating assembly consisted of a cast iron crank, powder metal connecting rods and aluminum pistons. It uses a counter-rotating balance shaft to help even out the crank vibration.

The 262 cid V6 was a popular engine on the water as well as on the street – the Mercruiser 4.3L V6 from Mercury Marine continues to offer rebuilding opportunities just like its landlocked counterpart, say experts.

Every year, Engine Builder magazine surveys its readers to ask how much you charge for various rebuilding and machining operations for different engines. This Labor Costing Study provides a look at national and regional average labor charges for rebuilding the 4.3L V6 also known colloquially as the Chevy 262 – we cover various block, head and crankshaft service procedures as well as miscellaneous service procedures.

The individual charts begin on page 41 and run for several pages. In addition, the detailed chart on page 40 presents the national average (mean), median and mode labor charges for all of the procedures covered in the survey.

Some of the terms statisticians use are confusing to those of us who don’t work with numbers on a daily basis, so a glossary may be helpful. The MEAN is commonly referred to as the “average.” It’s found by adding up all of the given data and dividing by the number of responses. The MEDIAN is just the middle number – arrange all the numbers from low to high, then count in from both ends. If there isn’t an actual number smack in the middle of the number line you can take the two middle ones and find THEIR average. The MODE is the most common number – it may not be the one in the middle and it may not be highest or lowest but it’s the one that occurs most often. In addition, the chart of national numbers presents our “90% Confidence Interval (CI)” range. In real terms, if you were to ask all of the machine shops in the country what their labor rates are for each operation, it is 90 percent certain that the “true” average labor costs would fall within this range.

Our research department compiles all the answers and breaks out responses by the four census regions in the U.S – this gives us consistent measurement across the country. In addition, we use a weighted average to get our national averages. Your business may allow you to be more efficient than these figures indicate or you may find that your prices are somewhat (or even significantly) higher than others in your region – be assured, there’s nothing inherently wrong with that. Variations shouldn’t automatically be seen as proof that your costs are either too low or too high but will hopefully give you incentive to look carefully at your entire business operation and determine whether the way you set your labor rates is accurate.

A few points about these charts: in some shops, several operations might be combined, leading to a larger dollar figure charged, while the number for the individual operations might be lower. Some shops may have given us an “each” price when we wanted “all six” or vice versa. Some shops report that they perform some jobs on a time basis. This is common on welding repairs. We did not use a dollar-per-hour value if they provided it. We have determined that some shops price all of their repairs on a “time” basis.

Killing a Duramax
Connect with us