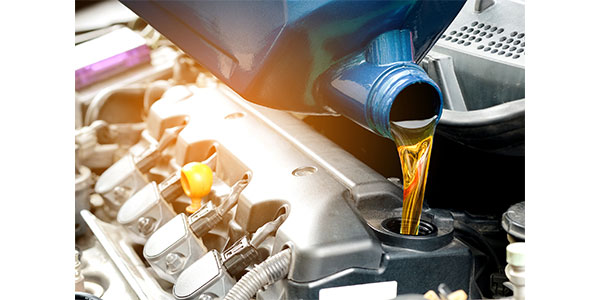 I recently encountered a problem with one of my street rods that forced me to think objectively about engine oils, oil pressure and engine lubrication.

Understanding How Oil Pressure and Lubrication Issues Are Related

It’s essential that every engine builder provide their customers with engines having the proper clearances and oil pumps to be adequately lubricated using the oils they were designed for. Some applications are much more critical than others. Let’s start by discussing how engine oil pressure is determined.

Engine oil pressure is a product of the oil pump’s output minus the controlled leakage paths (clearances) throughout the engine. Oil pump output varies with the speed (RPM) of the engine, but the leakage paths are relatively constant.

Oil pump output is a function of the size of the pumping gears, engine speed, and the internal clearances between both the oil pump’s gears and the gear-to-housing end clearances. Of course, the thinner (less viscous) the oil used, the less the oil pump output will be. Thinner oils dictate tighter oil pump clearances to maintain sufficient pump output. Maximum oil pump pressure is limited by a high-pressure pop-off valve in most instances.

Oil pressure by itself is not really that important or informative; it is simply an indicator that the pump is producing sufficient pressure to push lubricating oil to all the engine components in the system. Adequate oil flow produces the oil film needed to carry heat away and prevent metal-to-metal contact. No oil pressure equals inadequate oil flow and failures.

In my experience it is relatively straightforward to utilize a higher volume oil pump of sufficient gear size to provide adequate oil flow at elevated engine speeds. Shoot for 10 PSI per 1,000 RPM to be certain. It is important, however, to limit max oil pump pressure to around 100 PSI to prevent blowing out gaskets and seals. Any more oil pressure just requires more engine power to produce.

Most problems with oil pump pressure and engine lubrication occur at lower engine speeds. Remember, oil pump output is directly proportional to engine speed and lube oil viscosity. At hot idle speeds one needs 25-30 PSI pressure to be certain there is sufficient oil flow to all the various components in the engine. My engine builder thinks we should have an electric oil pressure booster to prevent hot idle problems.

Oil viscosity is also an important part of this equation. An oil pump is a very effective oil shearing machine, and the viscosity modifiers (VI improvers) used to make multi-grade oils can be sheared down. Oil is also a material that thins appreciably when it is heated between room temperature and 275 degrees F. Straight grade mineral oils thin the most, modern multi-grade oils are intermediate and synthetic oils thin the least as temperature increases.

So how can we identify the oils that thin the least when heated? Look for the oil’s viscosity index (VI) in its specification. The higher the VI, the better. However, viscosity modifiers are of differing quality levels, and some of them also shear significantly when passing through an oil pump. Although much of this shear is temporary, it can show up on an oil pressure gauge. So, even though a multi-grade oil might have a higher VI than a straight grade oil, if it isn’t shear stable, it will adversely affect oil pressure at hot idle.

Since oil base stocks don’t shear, I’ll suggest a little different approach. If you’re using a multi-grade oil (e.g., 10W-40), and you encounter low oil pressure warnings at hot idle, consider switching to an oil with a thicker base stock. The W (for winter) part of an oil’s viscosity specification (e.g. 10W-30) is a fair indicator of the oil’s base stock viscosity. If you encounter low oil pressure warnings using a 10W-whatever, consider trying a 20W-whatever oil. This may well solve your problem. SAE 30-grade and up oils are even thicker yet at lower temperatures.

Don’t forget load as part of the oil pressure issue. Engines making 400 horsepower can survive on very thin oils. But as the power level increases, oil base stocks should increase in viscosity to provide a stronger oil film. Don’t forget – the fueler guys run the thickest oils they can find.

In a former life I was a tribologist with a lubrication additives company. When we started working with NASCAR engine builders to increase horsepower by utilizing thinner oils, we encountered a problem with low oil pressure when a car would come in for a pit stop. Switching to a synthetic oil and raising engine idle speeds helped considerably. Shutting off the piston oilers below 3,500 RPM to reduce the internal leakage paths helped even more.

Now let’s discuss my current hot idle oil pressure problem. Any street rodder will tell you that most of his time is spent with the engine operating under hot idle conditions while cruising. My 30 PSI oil pressure warning light was continually shining in my face, and I was getting concerned about bearing protection and overall engine lubrication.

My street rod utilizes a cast aluminum block with aluminum main bearing caps. The engine builder utilized standard bearings in the block and “x” bearings in the main caps to close up the clearances a little for my application. We utilized a billet aluminum wet sump racing oil pump because we were worried about vibrations breaking a cast iron oil pump due to the large (5.300˝) stroke crankshaft. A 15W-50 hot rod oil was used.

After the oil pressure warning light became obnoxious, I switched to a 50/50 blend of 15W-50 and 50 grade oil to put out the light until the engine could be disassembled this winter. It worked, but you know this oil blend will adversely affect fuel economy.

We disassembled the engine this winter and focused on the oil pump. Closing up the main bearing clearances was also an option, but we figured it would be more effort than simply improving oil pump low-speed output.

Disassembling the high-dollar billet aluminum racing oil pump was educational, to say the least. Although the pump manufacturer implied that end clearance between the street gears and the aluminum housing should be in the order of 0.002-0.004˝, ours measured about 0.007˝ average. Neither the groove supporting the outer ring nor the surface where the cover mounted was perpendicular to the oil pump shaft. The variance was approximately 0.002˝ across the gear housing opening.

These various clearances probably wouldn’t matter in a high-speed situation if I was pumping SAE 40 to 60 grade oils. However that is entirely too much slop for an engine at hot idle using SAE 15W-50 hot rod oil.

We will re-machine the aluminum housing to ensure it is perpendicular to the oil pump drive shaft. Then we will take sufficient material off of the pump body to provide 0.002 to 0.003˝ of end clearance. I’ll bet this blueprinting will improve hot idle oil pressure significantly. If none of this is sufficient, we will switch to a 20W-50 oil.

In the meantime, it’s up to you to do the job right, every time. As professional engine builders you need to double-check the quality of every piece you put in your customer’s engines to protect your reputations.