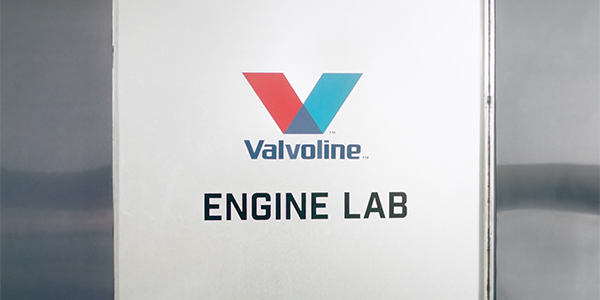 “Valvoline’s full-scale engine lab is dedicated to testing and proving motor oil performance,” said Tim Caudill, Director of Engineering at the Valvoline Engine Lab. “While most other lubricant companies outsource test capabilities, Valvoline keeps research in-house, providing consumers with an added level of assurance, setting us apart from our competitors and providing consumers with an unparalleled level of product security.”

The campaign gives consumers a behind-the-scenes look at the innovation that goes on in the Valvoline Engine Lab and includes actual Valvoline technicians testing and certifying products.

The ad will debut April 25 during the 2019 NFL draft on the ABC television network and will continue to be broadcast in English and Spanish across digital video, social media, YouTube, radio and multiple cable TV networks.

“What you put in your engine matters. Our engine lab sets us apart from the competition, and this campaign is intended to showcase Valvoline’s hands-on expertise,” said Tim Ferrell, Vice President of Brand Equity and Consumer Marketing at Valvoline. “We want consumers to know that when they pour Valvoline, there’s 150 years of tried, true and tested behind every bottle.”

Since 1953, the highly skilled technicians at the Valvoline Engine Lab have put Valvoline products through an exhaustive array of tests to measure oil consumption, deposit buildup, wear, fuel economy, carbon buildup and more. Testing is conducted 24 hours a day, seven days a week across a multitude of variables – including temperature – to measure the reliability and quality of both Valvoline products and those of competing brands. Valvoline’s state-of-the-art engine testing facility has the capability to perform more of the gasoline engine test types required to obtain API SP and ILSAC GF-6 approvals than any other motor oil company.