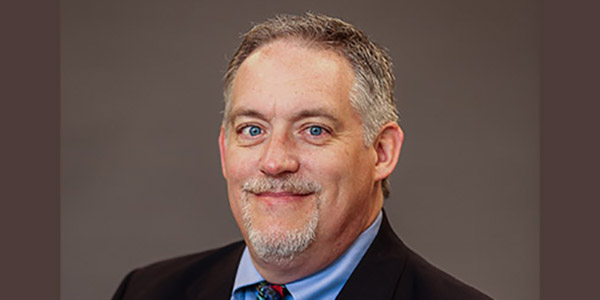 As you’ll read on the next page and experience firsthand over the next few months, there have been some exciting changes recently at Babcox Media, Engine Builder’s parent company.

You’ve seen it at just about every awards show ever televised. When announced as the winner, even the most prepared actor or musician forgets what he wanted to say and clumsily starts trying to thank everyone who made it possible for him to win the award. Just when he hits his stride, of course, the orchestra strikes up that first chord, signaling his time at the podium is up.

Before that happens, let me just say I owe everyone in this industry a big round of thanks – and I know I’ll be forgetting someone.

As you’ll read on the next page and experience firsthand over the next few months, there have been some exciting changes recently at Babcox Media, Engine Builder’s parent company. I have been given the opportunity to slide into a position as Editorial Director of Brake & Front End, Import Car and Underhood Service, collectively known as the Babcox Tech Group. Greg Jones, who has been managing editor of this title since 2014, has been named editor of Engine Builder.

Let me offer my congratulations to Greg – he’s earned this position and I know he has big ideas for where he wants to take the magazine. I wish him the ultimate in success and I trust that the industry will give him the same respect and support it has given me. And no, that isn’t a joke.

When I first started covering this industry back in 2000, this magazine was called Automotive Rebuilder and our presence on the Information Superhighway was just being created. Though I had already been part of the automotive aftermarket for a dozen years at that point, I will admit now that this particular segment of the industry intimidated me then. It was and continues to be composed of incredibly talented and creative professionals who have the ability to restore life to neglected, abused and forgotten powerplants – but I was worried it was a closed fraternity into which I would never be welcomed.

All of my former bosses, including the late Becky Babcox and the retired Dave Wooldridge; my dedicated fellow Engine Builder teammates; and the great contributors and advertisers who were part of this grand project gave me an education that I absolutely never expected.

But I have learned most from you, the readers. Your letters, emails and phone calls, as well as your participation in surveys, as interview subjects, contest entrants and with trade show booth visits, have been incredibly honest – sometimes brutally so – and overwhelmingly helpful.

I know it wasn’t a flawless performance – my blooper reel is long, I’m sure. For all the times I’ve screwed up, I apologize. And, as difficult as it is to admit, I was grateful to every one of you who ever called me out on a mistake. Everything I’ve tried to do in this position has been intended to help you be more successful, but I’m definitely the one who benefitted.

Well, there’s the music – and I barely even got around to naming names.

It has been a pleasure to be part of a great industry and an even greater group of individuals during my time with Engine Builder. You’ve been incredibly helpful to me professionally as well as personally and I thank you for your friendship. Keep up the great work. ν

Advertisement
In this article:Starting Lines

And the Award Goes To...