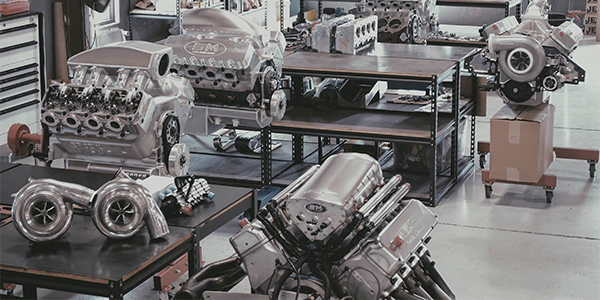 Poorly tuned engines don’t make as much power, period. If the engine responds to something, keep giving it more until it responds negatively.

Steve Morris of Steve Morris Engines in Muskegon, MI is well-known for boosted race engines and has mastered the art of tuning his 1,000+ horsepower engines over the course of his career. Nothing trumps experience when it comes to this industry, and tuning is no different.

Steve will never forget one particular 3,500 horsepower, methanol motor he had on the dyno with two sets of injectors. He had modified his dyno cart after running everything and doing a base tune in the engine. Everything was all set. However, he had broken a small part on the dyno itself and a fix was needed.

“We went in and did the change and when we did the change, I had my guy disconnect all the wiring off of the EFI because I had to do a little bit of welding,” Morris says. “We put it all together and I had my guy go in and wire everything all back up.

Mechanical errors and hook up errors are usually the number one thing that make a tune go array. While tuning in and of itself is simply the proper air, fuel and spark – running an engine on the dyno successfully requires all the proper mechanical steps and hook ups to be done right or things go wrong at the worst time.

Morris remembers this engine tuning session mostly because it cost him a lot of money, but also because it has taught him lessons in tuning he will never forget, and those lessons come with experience. We caught up with Steve to talk about best tuning techniques and things engine builders should be doing to get the most out of their engines.

Obviously, your shop will need a dyno or access to one in order to tune your engines. Dynos give you the opportunity to tune and optimize your engines’ performance before they get dropped between the frame rails of a vehicle.

Again, a proper tune is made up of the right air, fuel and spark combination for a specific engine. There’s only those three things and the rest is all mechanical.

Controlling fuel is an important aspect of tuning. Your dyno will tell your fuel flow in pounds per hour. With performance engines, it usually takes roughly one-half pound of fuel to make one horsepower for one hour. This will certainly vary depending on the application and the efficiency of the engine. However, it is simply a good benchmark.

Every engine will require you to find out where it wants to be. Too lean a condition can damage pistons, and too rich a condition will wash down cylinder walls. Both will cost you power if it isn’t perfect. Morris says he treats engines as if they were his wife.

“Sometimes what she wants does not make sense, but if you want a happy wife just give her what she wants, NOT what you think she needs,” he says. “If spreading peanut butter all over the engine made another 10 hp, every engine I did would go out covered in peanut butter.”

If you’re tuning an engine on the dyno, the dyno is giving you all the necessary information. You just need to interpret the numbers. However, some people make the mistake of trying to tune an engine to a “mythical” horsepower number. This is an improper way to go about tuning. You can’t just make an engine reach a certain horsepower.

“Understanding how to tune is not just going to somebody’s mythical number,” Morris says. “A lot of tuning is really just trial and error and seeing what the engine responds to until it’s making the peak horsepower that you can get out of it. I’m more than happy to have everybody else in the world just tune to one number. That’s why I do a lot more work, because they don’t.”

Morris says he has a checklist of items he runs through during a tuning session. First, he sets up the engine on the dyno and has a base map set up beforehand in order to have a safe place to start the tune. From there, he sets the timing, starts the engine to warm it up, checks for leaks, and then goes wide open throttle at lower rpm – 3,000 to 5,000 rpm – depending on the engine.

“The goals are always to meet the customers’ expectations and to have the engine in a safe tune that fits the fuel being used and the engine,” he says.

“Both dynos have different data acquisition systems, load controls and both are roughly based off of a Stuska absorber,” Morris says. “I’ve modified the dynos so they have all my hardware on them. I’ve modified the absorbers. I’ve done a lot of figuring it out with the high horsepower stuff, especially since I’ve been doing it for last 10 years. It used to be that dynos didn’t go over 2,000 horsepower. Because of that, I was breaking stuff, figuring out how to fix it, making better stuff, putting it in, finding the next weakest link, fixing that, and continuing on.”

Steve’s relationship, for lack of a better word, with his dynos and engine builds, has allowed him to tune engines in part by ear as well as using the data given to him during a dyno pull.

“You can hear an engine surge or sometimes the engine will layover,” he says. “Those are audible cues that something’s going on even before the dyno has collected the data of what happened. That’s always good to listen for things like that. If I’m running an engine and the engine doesn’t respond or doesn’t rev up, or if it revs up and as it starts to sweep test it starts to accelerate and all of a sudden it stops accelerating, I pull back on the throttle. I don’t just wait for the dyno to do it because that is an indication that something’s going on.

“I’ve heard a lot of people will put an engine on the dyno and go right to wide open throttle and if the engine is jumping all over place and sounding like crap, they’ll just stay in it until it finishes the pull so they can look at the numbers. Well that’s not smart. That just breaks parts. So I always just pull back on it, look at the data that I got and then try to work at tuning the engine and running the engine to get it to perform even to the first level, say 5,000 rpm, then 6,000 rpm and 7,000 rpm and then 8,000 rpm.”

The only things that go wrong during tuning are electrical or mechanical issues, failures or not understanding what the engine wants. If you avoid those common mistakes, you’ll eventually figure out the nuances of tuning an engine well.

“If I cannot find any more power, it is done,” Morris says. “Poorly tuned engines don’t make as much power, period. If the engine responds to something, keep giving it more until it responds negatively. Tuning is simple – you just have to understand what the engine is telling you it wants and do it. At the end of the day, if the customer is happy, then I’m happy.” 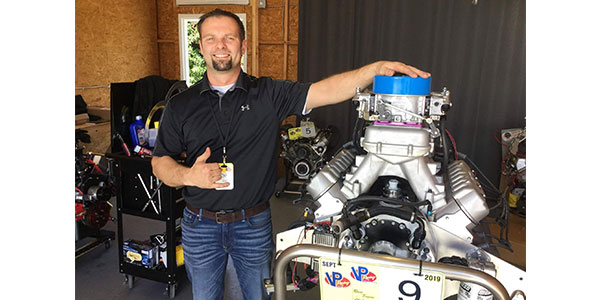