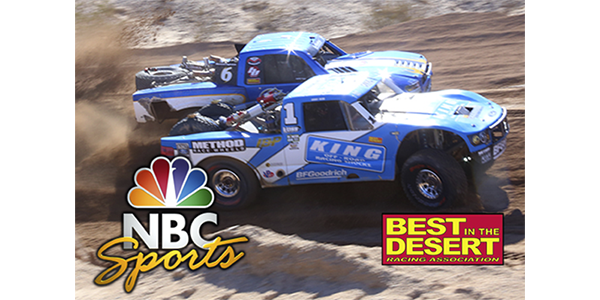 Participation in all classes remains strong indicating that off-road racing is still one of the most popular forms of racing today. In addition, new sponsors, increased media coverage and a renewed investment in marketing have all led to a much higher profile for the series. Last but not least, Best In The Desert’s nationally broadcast television program in partnership with Lucas Oil TV continues to draw an avid viewership on NBC Sports and MAVTV.

“We are very happy to report there doesn’t seem to be any let up in racer turnout or excitement so far in 2019,” commented Best In The Desert Co-Owner Daryl Folks. “Off-Road racing is doing extremely well and we seem to be attracting new racers at each event. Furthermore we are really excited about our plans for 2020. We can’t wait to share some exciting news about our plans for next year. A big thank you once again to our staff and our volunteer organization who work tirelessly to make sure Best In the Desert remains the number one series in off-road racing.”

Bryan Folks, co-owner of Best In The Desert adds, “We are very pleased with the results so far in 2019. In addition to the success on the track we’ve significantly increased our social media activities and as a result are seeing some serious growth in our audience. We are also in the process of upgrading all of our digital media platforms. Our racers, fans and sponsors can expect some exciting new developments in the second half of the season. In particular I want to thank all our sponsors for keeping us at the forefront of off-road racing.”

“The 2019 season started off at a sizzling pace and we have carried that momentum through the VT Construction Silver State 300,” adds Best In The Desert Race Operations Manager, Donald Jackson. “As we gear up for the General Tire Casey Folks Vegas to Reno, I am excited to see who comes out on top as class champions in the bike and quad classes. Can Skylar Howes make it two races in a row riding solo? Or will the Danny Cooper team keep him honest and take the class win in Open Pro? And let’s not forget the excitement of Seth Quintero trying to keep a perfect season rolling in the UTV P class. Can Jason Voss win his 5th Vegas to Reno title? Or will drivers like reigning series champ Justin Matney, Justin Lofton, Kevin Thompson, Steve Olliges, Sam Berri, CJ Hutchins or Ladd Gilbert take the top spot in the Car/Truck class?”