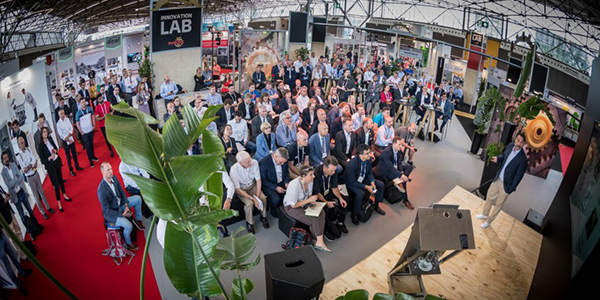 During ReMaTec 2019 in Amsterdam, visitors were able to enjoy Keynote and Expert sessions, and the Live Demo on Augmented Reality (AR). There were side events held during the show, including the International Conference on Remanufacturing (ICoR), the Dutch Aftermarket Day and the 1st International Forum on Wind Turbine Remanufacturing.

This year’s ReMaTec brought reman recognition to a whole new level. The show’s Opening Ceremony announced the Remanufacturer of the Year Awards, which recognized the achievements of Knorr-Bremse, CRP Industries, and Fernand Weiland (FJW Consulting). The InnovationLAB and the ReMaTec Theatre were particularly popular with special keynotes from MAHLE, Volvo, and PwC Autofacts. An Industry Dinner at a historical venue at Dam Square in Amsterdam brought OEMs and remanufacturers for the first time together to discuss the changes that will disrupt the future of the reman industry.

During ReMaTec 2019 in Amsterdam, visitors were able to enjoy Keynote and Expert sessions, and the Live Demo on Augmented Reality (AR). There were side events held during the show, including the International Conference on Remanufacturing (ICoR), the Dutch Aftermarket Day and the 1st International Forum on Wind Turbine Remanufacturing, to name a few. Four out of five visitors who attended the show were international visitors, which brought the global reman industry to Amsterdam.

While visitors and exhibitors were conducting business on the show floor, the InnovationLAB was full of professionals ready to take on new insights from the industry. The ReMaTec Theatre welcomed an engaged audience, which gave way to interactive Q&As during keynotes from MAHLE, Volvo, and PwC Autofacts.

Taking home the Remanufacturer of the Year Awards

The Remanufacturer of the Year (RotY) Awards, recognizes the achievements in technical excellence, commitment to quality, impact on the reman industry, and customer service. On the opening day of the show, this year’s winners are Knorr-Bremse (Best Reman Process Optimisation), CRP Industries (Best Reman Business Innovation), and Best Reman Ambassador Fernand Weiland, (FJW Consulting) were awarded.

Understanding the future of the reman industry

The first keynote on “Dual Strategy for Powertrain Development of Internal Combustion,”  was given by Christoph Dutschke, Technical Coordinator of Trainings at MAHLE Aftermarket. Dutschke took the audience along on MAHLE’s vision for what the future of drivetrain will be.

Volvo’s Dick Cruslock, Strategy and Programme Manager, Global Customer Service, gave a keynote on Volvo’s remanufacturing programme, which restores replaced parts to their original specifications. Cruslock’s speech drew many visitors and exhibitors to the ReMaTec Theatre and an interested Q&A with the audience concluded the highly appreciated speech.

Christoph Stürmer, Global Lead Analyst at PwC Autofacts, gave a keynote on Tuesday on the “5 Trends Transforming the Automotive Industry.” He discussed the generic types of mobility and the demand for mobility transformation and regulations based on demographic dynamics and urbanisation. Sturmer noticed people “are very interested in understanding the future of their industry.” He continued by explaining that “the opportunity of the remanufacturing industry is going to shift from fixing parts that are already broken to replacing and refurbishing parts that are outdated or need a technical change.”

New to this year’s event was the high-end industry dinner at the “Royal Industrial Society Club” in Amsterdam. A total of 75 leaders in the remanufacturing industry and OEMs were invited to connect with each other during a dinner at a historical location at the Dam square facing the Royal Palace.

Next venture of ReMaTec in China

The next steps of ReMaTec are going to be in China and it will be the first remanufacturing fair of the country. The launch edition of Rematec Asia is going to take place in Guangzhou from September 24-26, 2019.

The 10th Edition of ReMaTec