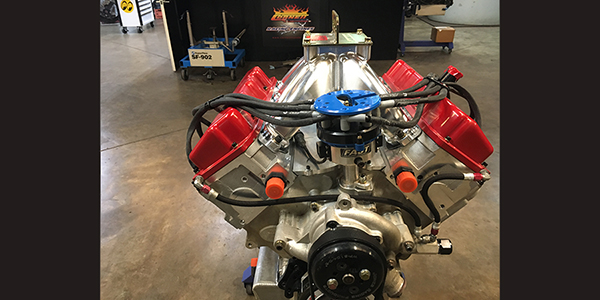 Opting to work on “nice, pretty race motors over diesels,” Jack Cornett founded Cornett Racing Engines to do just that. His shop now builds race engines for all kinds of applications like this 433 cid Ford Dirt Late Model engine. Don’t miss the details of this build!

“This is the only job I’ve ever had,” Jack Cornett says. “I’ve never worked anywhere else. As a kid, my parents used to take me to the racetrack and I guess I’ve been ruined ever since. That’s been my passion my whole life.”

The only job Jack ever had has consisted of many roles around the shop throughout his high school and college years, including running the parts department. In the ‘70s, Cornett Machine built a second building on the property and Jack was at a crossroads. His dad had pivoted away from building race engines to focus on heavy equipment work. Jack could continue to work at Cornett Machine along with his older brother David, or move into the shop’s second building to focus on building race engines.

“Over the years, we gravitated towards dirt oval and asphalt oval stuff until the last 10-15 years when crate motors began to take over,” he says. “We still do 80% dirt oval stuff. We built mostly Chevys up until the ‘90s. My dad was a personal friend of Jack Roush and knew him in college. Jack actually came to my dad’s funeral. Through Jack Roush, he got me some contacts at Ford and we started building all-aluminum Fords for dirt late model racing. We build both Chevy and Ford. Racers buy what wins, so luckily we do both.”

Recently, Cornett Racing Engines finished up work on a customer’s 433 cid Ford Dirt Late Model engine. The build starts with an aluminum Windsor block from either Dart or Ford Racing.

“We prefer the Ford Racing block, which is a little heavier, but is less susceptible to cracking over time,” Cornett says. “However, sometimes you can’t get them, so then we use the Dart block.”

As far as block work goes, the shop bores the cam tunnel for 55mm roller bearings. They bore the lifter bores for a .937˝ diameter lifter and the block gets the normal machining such as getting decked, bored and honed.

“The camshaft is from COMP Cams and of course the lobes are proprietary. We use an Xceldyne belt drive on the front, an ATI super damper, and a Jones Machine drive kit to drive the water pump. The rods we use are Dyers. This particular rod has a 3/8ths rod bolt in it. We use a MAHLE piston and we start at a 4.150˝ bore. We use Total Seal rings and the wrist pins we get from Trend, which are DLC coated. We also use Clevite coated bearings.

“The oil pan is an aluminum pan made by Dan Olson. It’s a segmented pan where it has a section in the pan that goes over the top of the main cap to seal it from the next section. The pan is divided into four sections and there’s a pickup in each section.

“We use bushed Isky lifters. The cylinder head is a Ford casting called a D3. The exhaust valve stands straight up and the intake valve is canted. We have them CNC’d to our proprietary specs.

We’ll use either a Del West or Xceldyne titanium valve on the intake and exhaust, and those are coated. These engines run on dirt, so that coating on the valve face keeps the seats from wearing. The same thing with the top ring that we use from Total Seal. It’s a stainless-steel top ring and it’ll pass dirt through it and it won’t wear your cylinder wall, which is something we used to fight in the old days. This stuff runs a whole lot longer than it used to.

“We also use a 7/16ths pushrod from Trend. The valve covers are billet. The intake manifold is a two-piece billet intake manifold. Both halves are made identical in the CNC machine and they bolt together in the middle. It’s one chunk of aluminum. The neat thing about that is it’s infinitely adjustable. You can make more bottom end or top end power. You can tailor that intake manifold to exactly what you want the motor to be for. You can even tailor one to different drivers.”

The race rules for this engine dictate that the shop uses a single, four-barrel carb on gas. Cornett Racing Engines uses a Winning Edge carburetor and tailors the venturi size for the customer.

“We tailor that along with the head and the manifold combo to give the customer what he wants,” Cornett says. “We also use a FAST ignition distributor.”

To finish the build of this 433 cid Ford Dirt Late Model engine, the shop puts it on their Super Flow 902 dyno where it cranked out 900 horsepower and 675 lb.-ft. of torque. Now it’s off to the racetrack for this engine!

If you have an engine you would like to highlight in this series, please email Engine Builder magazine’s managing editor, Greg Jones at [email protected]cox.com.

Commentary: Cheers to a New Decade 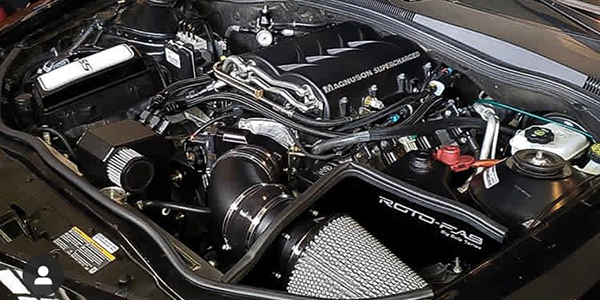