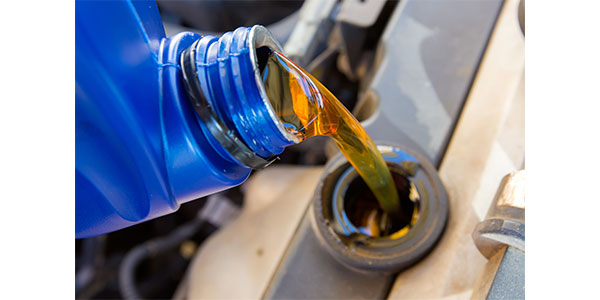 If you thought dating was difficult, with sorting through all of those online profiles, and swiping left or right to find a match before even going out on the first date; try to spec out a new oil to see what is difficult.

If you thought dating was difficult, with sorting through all of those online profiles, and swiping left or right to find a match before even going out on the first date; try to spec out a new oil to see what is difficult.

It takes a long time for a new oil specification to become certified by the American Petroleum Institute (API) as a licensable standard. You might even equate passing a new oil standard to how our congress works (only more effective), in that the specification must first be brought up as a request and brought before a committee like a bill turning to law. To become an official standard, a panel of experts sits in room and votes on whether or not to proceed.

The new diesel oil standard that was introduced in December of 2016 took about four years to get approved by API. When we asked Dan Arcy of Shell Oil why it takes so long, he walked us through all of the steps, and there are no easy shortcuts for engine oils.

According to Arcy, the goal for the new diesel specification was split in two for older generation engines and a higher fuel economy oil for a select group of modern diesel engines (mainly over-the-road). These two specifications are CK-4 and FA-4.

“The two categories, CK-4 and FA-4, came out on December 1, 2016. That’s when they first became licensable,” explains Arcy. “But the development of those specifications started back with a request from the engine manufacturers in June of 2011. To develop a new category typically takes about four years, so it’s pretty involved. It’s a three-phase process that the industry goes through, starting with the request.”

In the past, emissions compliance was the driving force behind upgrading oil performance standards. Today, they are mainly driven by the need to improve fuel economy for fleets as well as reduce emissions. Due to the goal to achieve better fuel economy, API decided it was best to make a separate category for these oils, which is now FA-4.

Arcy said the request was sent to API’s Diesel Engine Oil Advisory Panel by the end of June of 2011 because new emissions standards were coming into effect on January 1, 2017. “So, what really led to coming out with new category was the upcoming emission standards calling for a reduction in CO2 for new engines and also some new fuel economy requirements – that was the driver for it.”

Diesel engine oils have a higher anti-wear (AW) load in the form of zinc dialkyl dithiophosphate (ZDDP). The catalytic converters in diesel-powered vehicles are designed to deal with this problem, while the gasoline versions are not so well equipped.

AMSOIL’s Heavy-Duty Technical Manager Mark Nyholm said new diesel oils had to address oil consumption because it can affect the after-treatment system if it’s too high. “It’s more of a factor for the daily drivers or for the work truck that’s putting on a lot of miles or for the OTR truck that’s putting on 120,000 miles a year,” Nyholm explained. “The longer service intervals mean you really need to pay attention to the amount of oil that is consumed because, well, you don’t want to run your sump dry and run out of oil, but the other component to that is with today’s diesel technology, oil consumption is bad for the after-treatment systems.”

Nyholm adds that the additives in the oil are there for specific reasons, which might be for managing the byproducts of combustion or detergents for keeping the engine clean. “The [additives] when burnt, whether they make it past the ring or they seep down from the valve guide seal or whether it’s just the PCV not working well, get into the after-treatment system and then prematurely plug those smaller orifices that are designed to trap small particles and then get burnt out.

Ash particles are going in there that can’t be burnt out, according to Nyholm. “The DPF that is supposed to be good for 100,000-200,000 miles is now only good for half that before it needs to be dropped down and cleaned. So, oil consumption is really bad for the daily driver diesel application or work truck-type of operation that puts a lot of miles on their vehicles.”

According to Shell’s Arcy, one of the stipulations with the new oil categories was to add a better oxidation test because engine temperatures were expected to go up. “Engine manufacturers asked for improvements in high-temperature oxidation stability, and we asked why do you need it? The EMA (Engine Manufacturers Association) came back and said engine temperatures could be going up by as much as 10 degrees C. They didn’t tell us specifically which manufacturers would be going up by that much, but 10 degrees C (18 degrees Fahrenheit) is a pretty significant increase in oxidation.”

New tests were added because temperatures were going up and technology had changed since CJ-4 was implemented way back in 2006.

“Metallurgy had changed because it was 10 years from the last category in 2006,” Arcy pointed out. “You also had things like common rail injection on all late model diesel engines out there. There were higher levels of EGR and SCR, which came into play when CJ-4 was launched.”

Arcy said that from the rapid rate of diesel engine development, the panel had to move forward quickly (or as quickly as it could). The new category development team (NCDT) looked at all of the tests they currently had and decided what data they needed to keep and where they needed more testing.

There were two new tests added, Arcy revealed. One of them was called the Volvo T13 test. “I think the Volvo test was really the big driver for this category or the biggest change as it was a high-temperature oxidation test.”

The Volvo T13 test ran 360 hours straight, according to Arcy. “With my 30 years in the industry, this was the most brutal test on oil that I’ve ever seen in my life. We took samples along the way, but we were looking at how much the oil had oxidized and how much the viscosity increased over that 360-hour period. And it was pretty significant. We knew then how much more severe it was than the previous oxidation tests.”

AMSOIL’s Nyholm agrees that one of the most significant issues is the oil’s ability to manage the temperature that today’s engines are running. “That’s one of the biggest problems that we see in today’s diesel technology. Engine OEMs have found efficiency and fuel economy by raising the operating temperature. So, when 10 to 15 years ago, we had 175 to 180-degree thermostats. Now we have 200- or 210-degree thermostats. We’re running the engines 20 to 25 degrees warmer than we ever did.”

One of the reasons for running higher operating temperatures, according to the OEMs, is to get the maximum fuel efficiency. But Nyholm believes that with higher temps comes some durability sacrifices from the manufacturers. “I think what they’re sacrificing is a little bit of engine longevity for a little bit of fuel economy and short-term gains.”

Nyholm says that for performance diesel builders exposing their engines to higher temperatures can be a recipe for disaster. “The problem that you see is that you take a conventional oil and you expose it to an additional 25 degrees in temperature, and I’m running more boost pressure than ever, my charger is running hotter than it ever has from an EGT temperature standpoint, and the oil cooks. When you cook a conventional oil, you’re going to break it down. It’s going to oxidize, it’s going to turn to sludge and then it’s going varnish all your passages. It’s going to choke your charger off, and you’re going to spin that thing pretty quickly.”

Today, there are more tools in terms of chemistry to combat against oxidation and high temperatures. “I can only speak from Shell’s standpoint, but when we developed our formulations, we knew where we needed to be for oxidation control,” said Arcy. “We knew what we had in our toolbox to work with because even though CJ-4 was 10 years in the rearview mirror, we don’t stop our development work. We look at a lot of things to make sure that we’re prepared for the next category.”

Both AMSOIL and Shell, among other API licensed oil marketers, have been well prepared for CK-4 and FA-4 with multiple offerings for each. AMSOIL’s product range includes their Signature Series Max-Duty Synthetic, which Nyholm says has the lowest oil consumption in the category.

“It’s more important today to run synthetics than it ever was in the past for diesel truck,” he notes. “The API standard doesn’t control your base oil selection. It just controls some performance attributes that you have to hit. So, I can make a conventional CK-4 15W40, and I can make a full-synthetic, CK-4 15W40 alike. They won’t provide the same performance for the customer because my synthetic is going to give that customer a lot more protection.”

Shell’s Arcy says they currently have an FA-4 oil that is blended in the XW30 range. It’s either a 0W30 a 5W30 or 10W 30, and it is blended into the lower end of the 30-weight scale. He says these oils are only suitable for select diesel engines. Those select engines are, essentially, 2017 and newer Navistar engines, 2017 and newer Cummins X15 engines and 2010 and newer Detroit diesel engines. Arcy admits it is a select group right now, but said he expects there will be more engines/manufacturers jumping on board in the future.

If there’s one thing we know about the future, it’s that you don’t know what lies ahead, whether it’s with dating or engines and oils. However, rest assured, your oil supplier is thinking about it.