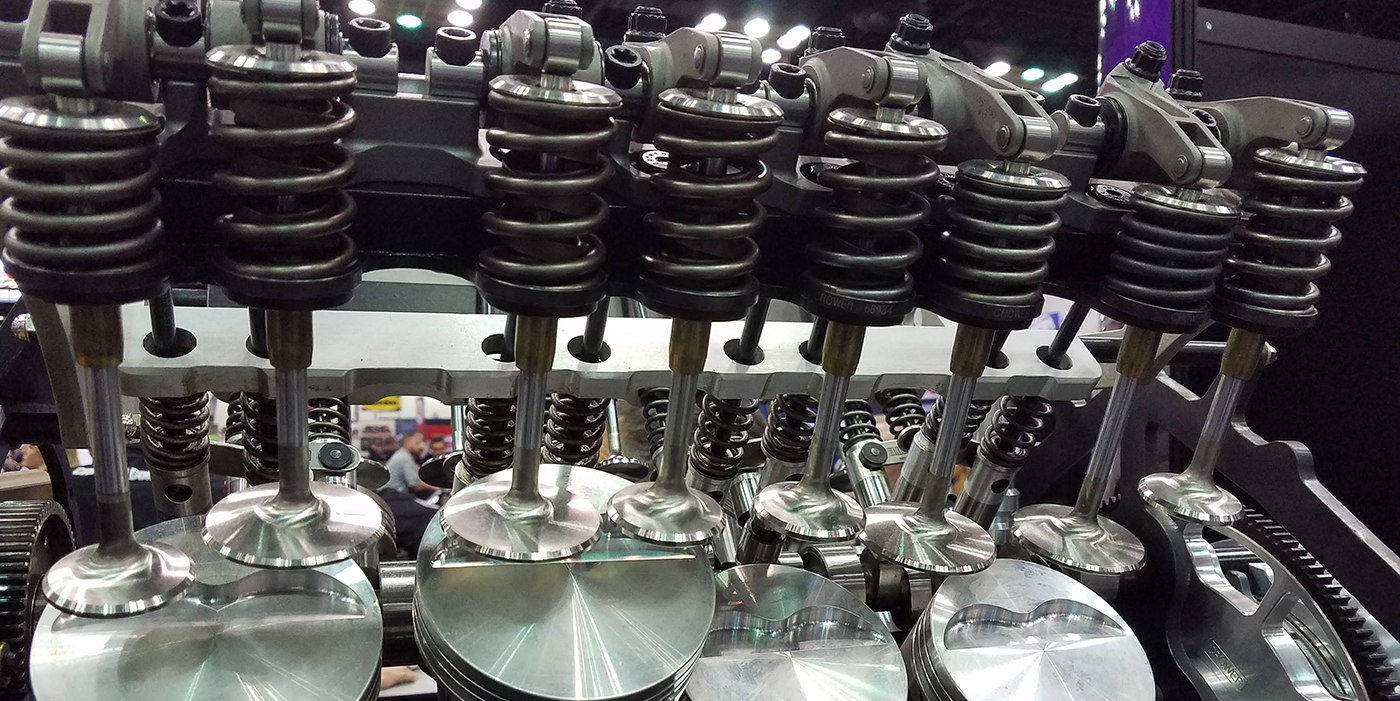 People in the aftermarket thought that the SBC could never be replaced, but in the eyes of many hot rodders and engine builders, the heir to the throne is the LS platform.

It used to be anything over 400 hp for a street engine was a big deal. Today, 1,000 hp seems to be the benchmark for high-powered, street-legal engine combinations. In large part, that is due to the versatility of the venerable LS engine family from GM.

The Gen III version of the small-block started with the LS1 in the 1997 Corvette. It proved to be a worthy successor to the original. The new engine family kept the same bore spacing as the original small block, but that’s essentially all it carries over from the original SBC. The Gen III engine is smaller and lighter and made more horsepower and torque per cubic inch. It also created fewer emissions and got better fuel mileage than the SBC 350. It was designed for multiple displacements, so it could be used in a wide variety of cars and trucks later on.

With only the rod bearings, lifters, and bore spacing in common with the previous small-block, GM’s LS small block engine was introduced as a new design. Several variations of the LS were used in the Corvette from the LS1 in 1997 to the LS9 in 2013. The new LT version of the GM small block has been used since 2014.

The LS small block comes in three variations – Gen III, IV and V. Generations I and II are the original small-block engines that been used in GM applications since it was initially released in 1954. The performance improvements of the LS family over the Gen I, II are significant. So much so, in fact, that producing over 1,000 hp with only a handful of aftermarket add-ons isn’t hard.

One engine builder we spoke to recently, Mullenix Racing Engines, said they have a customer who is using his Camaro as a daily driver with their 376 cid LSR set up that makes upwards of 1,000 wheel horsepower.

Another builder we spoke to, Carmen Trischitta of CT Performance Machine, told us about a boosted 1,200 hp LS3 Stroker he recently built that needed some aftermarket help to bring it back to service. “The block was stock from a Cadillac Escalade and came into the shop in rough shape. I had to have a custom set of gaskets made from Cometic because I had to straighten the block out. The dealership was in it trying to grind stuff away and put peaks and valleys all over it, which is bad news. I had to take .012˝ off the decks to get them where they needed to be so the gaskets would seal. Whatever I took off, I had to add to the gasket, so Cometic helped with that.”

“I hate being cookie-cutter,” Trischitta says. “I like having stuff no one else has. Sometimes you’ve got to have some patience for that stuff because it doesn’t happen overnight.”

CT Performance and Mullenix are only a couple of examples of the numerous engine builders who are working with the LS platform to transform it into something more than their customers expected. The parts they use are a significant part of the recipe, but no two builds are the same.

One of the most exceptional characteristics of the classic SBC was that everyone made performance parts for them from mild-to-wild, whatever your heart (or budget) desired. People in the aftermarket thought that the SBC could never be replaced, but in the eyes of many hot rodders and engine builders, the heir to the throne is the LS platform. We took a look at the performance LS parts on display at this year’s PRI Show to give you a better idea of what is available for your next build, whether it’s mild or wild.

Holley has announced the release of two new intake manifolds from its Holley EFI division – these modular Lo-Ram intake manifolds are designed for cathedral port LS engines and can be configured for turbocharged and centrifugally supercharged applications.

With a peak power limit of 7,000-8,000 rpm, this ultra-low design is a good fit for high-revving LS engines stuffed into a small engine compartment. These intake manifolds will work with OE or aftermarket cylinder heads and a 105 mm throttle body. The fuel rail kits come with two sets of brackets: a set for long (usually standard length) fuel injectors and a set for short (such as Pico, or LS7) fuel injectors.

New from EQ are these OEM style replacement heads for LS applications that feature improved flow port finish, hardened exhaust seats, CNC machined valve guides and seats, and three-angle valve grind. They are available as bare cast or fully assembled. EngineQuest says that these heads will bolt on 404 hp at 5,000 rpm.

Run the same camshaft as Cleetus McFarland’s C6 Corvette “Ruby.” This camshaft from Texas Speed is designed for stock stroke turbocharged engines utilizing cathedral-port cylinder heads. Whether you’re chasing a mild 500 rwhp or shooting for 1,000+, this cam will light a fire to your LS build. The cams are available in single and dual-valve spring packages.

Crower showed off some pretty cool valve covers at this year’s PRI Show. These aluminum CNC-machined covers are modular and can be installed on either bank of an LS engine by merely swapping the hardware around that bolt into the ends of the cover. You can add a breather or block-off plate and even a sensor in the cover if you wish.

Most engine builders hate to throw blocks in the scrap pile if they don’t have to. Now you won’t have to with Dura-Bond’s Block Saver camshaft bearings. These soft bearings are available in sizes from .010˝ to .020˝ over and will save your bacon if you’ve wiped out a cam bearing and need to bring the block back to spec. Dura-Bond also offers Cam Saver bearings that are .010˝-.020˝ undersize. Found a junkyard block that is a little off, but the price is too reasonable to pass up? Now you can make it work.

FiTech’s Ultimate LS 2×4 EFI system is supplied with everything needed for a complete install, including two, four-barrel throttle bodies, injectors, fuel rails, sensors and more. The ECU provides sequential fuel and spark control as well as transmission controls for the GM 4L60/65/80E transmissions.

Mahle has introduced the LS 5.3L Direct Injected Drop-In Power Pak piston assembly that is a forged replacement. It requires no balancing or compression change. The piston features GRAFAL phosphate dry lubricant and is made of 4032 alloy. The piston kit includes a 1.0mm, 1.0mm, 2.0mm ring pack, pins and clips.

Advertisement
In this article:Components, LS Engines