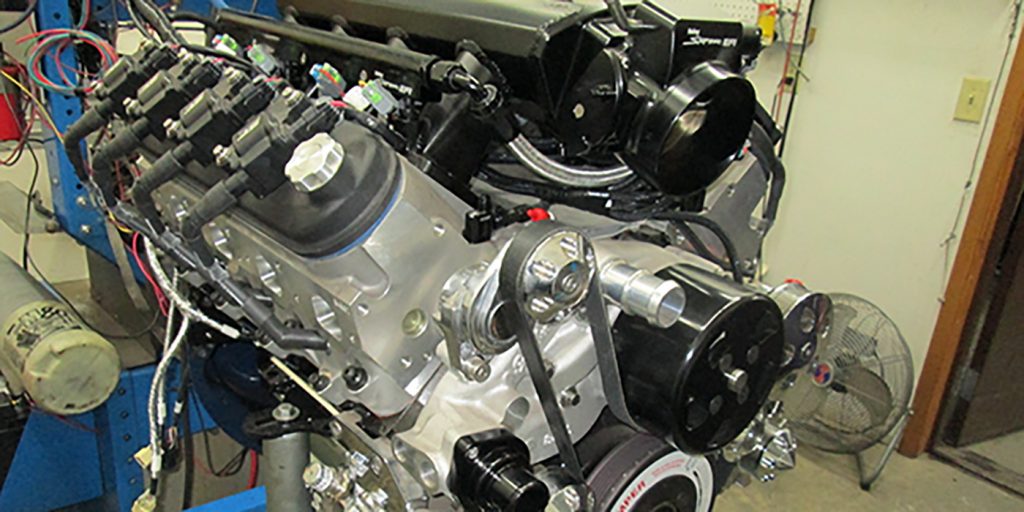 For Corey Herman, it wasn’t the cars themselves that drew him to this industry, but rather the many different kinds of machining processes he could perform on an engine. That interest in machining resulted in him attending a tech school and subsequently getting a job at Baier’s Engine Service in Rochester, MN.

“Just out of high school, I had some machining work done here at Baier’s Engine Service and I chatted with the boss about an internship after I went to tech school so I could work at the shop,” Herman says. “Fast forward nearly 30 years, I’m still here.”

“We’ve got three tracks that are fairly close, so we’ve always done quite a bit of the dirt modified work since the beginning,” he says. “While that is a large amount of what we do, we really cover everything. We very rarely turn jobs down. We work on a number of engine platforms, but we see mostly the regular small block Chevy, because that’s the legal stuff in the dirt world here. We see more and more LS stuff. We’ve done quite a few of them lately with the street car turbo stuff. We also do lot of restoration work on small block and big block Chevys, Fords and Oldsmobiles.”

Baier’s Engine Service is a full machine shop and has a dyno in-house as well. With all of these capabilities, the engine work possibilities are endless. One engine the shop recently finished up is a 427 cid LSX engine for a Pro Touring application.

“This engine is actually mine, and it’s one that we keep in the shop as a showroom piece,” Herman says. “It’s for a Pro Touring project.”

The build started with a brand-new GM LSX block that got machined on the shop’s RMC V30 CNC machine. This LSX is a 4.125˝ bore, 4.000˝ stroke deal.

The naturally aspirated LSX also got a Holley Sniper intake and Holley’s new Terminator X EFI system. The compression is set at 11.5:1 and it should make around 700 horsepower on pump gas, according to Herman.

We hope that smoothness translates to the track!