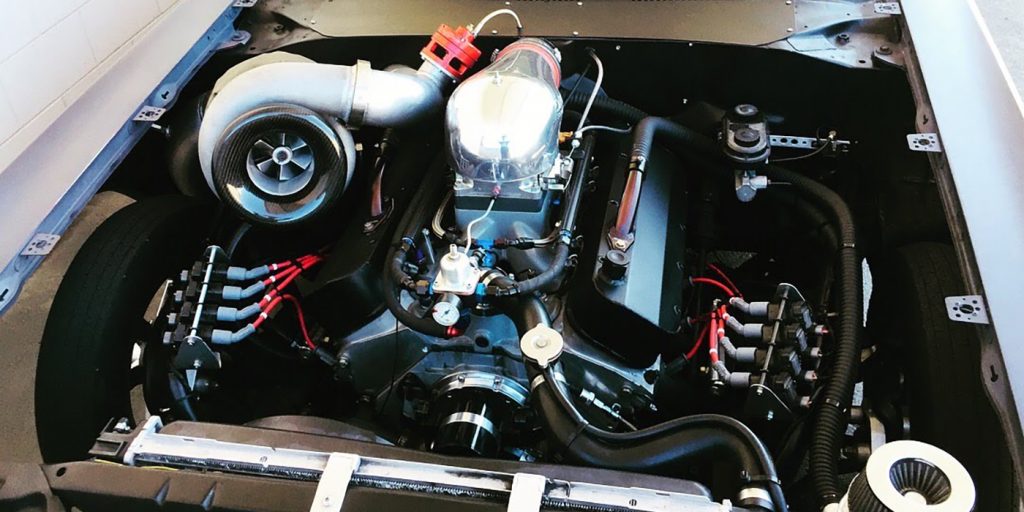 Growing up in California and Nevada, Joshua Gomez was surrounded by hot rodding since birth. Essentially raised on race tracks, Gomez built his first engine at just 16 years old – a 406 cid small block Chevy V8. From there, he enrolled in auto shop in high school and by his senior year he was helping students with their engine builds.

“My most valuable memory was having an 11-second street car and challenging my auto shop teacher to a street race with his ‘32 kit car Ford,” Gomez says. “My teacher quickly declined.”

Today, Gomez is 44 years old and has built over 700 engines from Cadillacs, Fords and Chevys to Hondas, Nissans and Toyotas, as well as some Mopars and AMCs. A majority of his builds were Ford Modulars while he was working for a local engine shop.

With plenty of knowledge and the ability to build almost anything, Gomez went out on his own and started MotorVation Performance in Ventura, CA. As an engine builder, Joshua is very meticulous and carefully measures everything, no matter what the build – stock to 2000+ hp – they all receive the same treatment.

That treatment is what Gomez gave one of his favorite builds – a turbocharged Gen V 454 cid big block Chevy engine for his 1971 Chevelle.

“I wanted something that was cheap, fast and stayed together,” he says. “With my experience from LS to high racing Honda engines, I was able to create an amazing and reliable piece that was affordable.”

To start his build, Gomez utilized a factory Gen V 454 cid block. From there, he managed to find various parts on eBay and automotive forums to start building out the engine.

“I used a standard stroke/journal Eagle crankshaft, some used Manley discontinued aluminum rods, some brand new, custom, standard-bore pistons, which didn’t even come close to the deck, but were affordable,” he says. “I found stuff people didn’t use or couldn’t use. I found some heads from Speedmaster79 that fit my budget and filled them with some used PAC valve springs and new Ferrea heavy-duty oversized valves.

“The heads were already way too big cc-wise for my application, so I cleaned up the combustion chamber, did a competition valve job and milled .100˝ off the deck to get the compression back up. After milling another .040˝ off the block to get the piston closer to the deck (-.060˝ in the hole), I found a used solid roller camshaft from Crane Cams, used COMP Cams ‘gold’ rockers, a Jomar stud girdle off of Racejunk.com, and some brand new Crower lifters that were free from my buddy Dave at Handcrafted Hotrods and Fab here in Ventura.”

In addition, Gomez got custom tapered 7/16ths pushrods from Smith Brothers, a single-plane manifold and 4500 series throttle body from Speedmaster79.

“With hours of work on the Bridgeport and hand porting the intake, I got it to fit my extremely decked, one-off head and block creation,” he says. “I also made my own oil pan.”

To finish out the big block Chevy build, Gomez added a 112mm Precision turbo, a custom-built air to water intercooler, an electric pump fuel system, and a Haltech 2500 computer.

With the engine living happy in his 1971 Chevelle, Gomez says he’s very proud of himself for being a doer and a builder and keeping true to the original game of hot rodding.