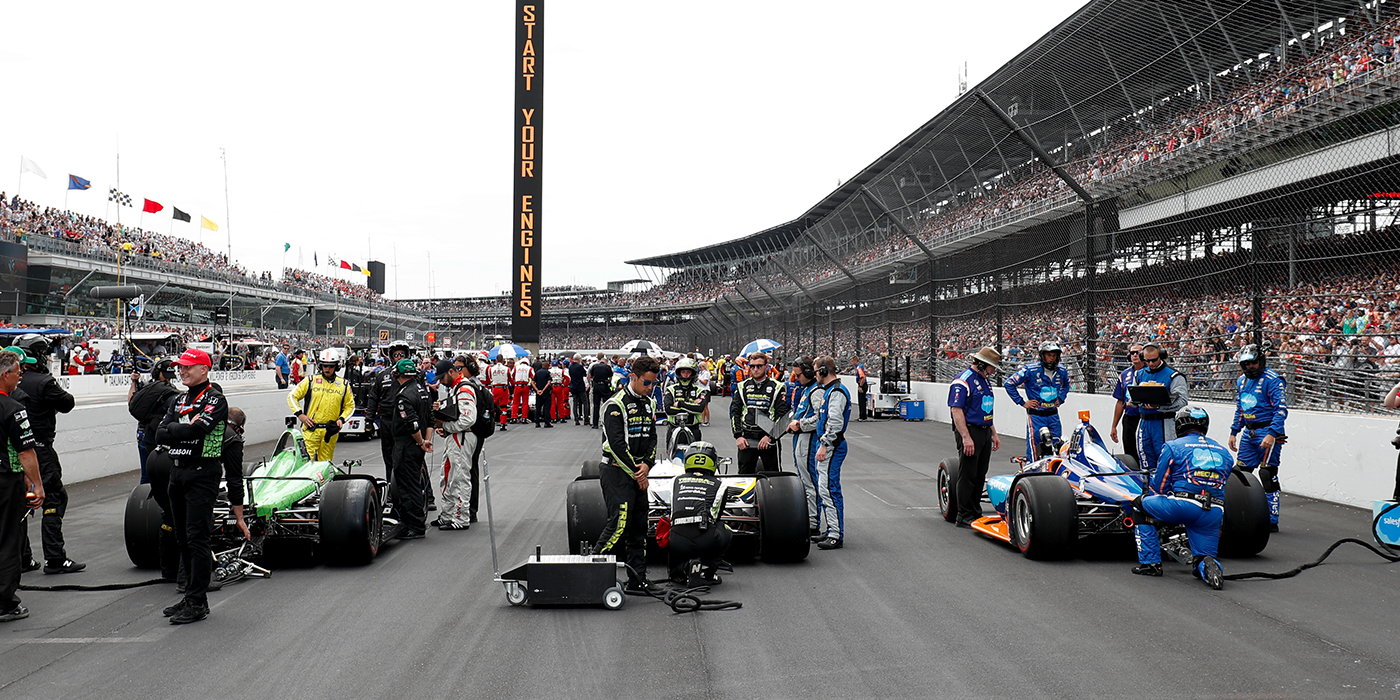 The top professional racing series, while they’re only a small percentage of the total racing universe, represent the trends that get passed down to other grassroots level divisions.

It’s been a little while since we’ve reviewed the top-level racing series and how their rules have changed, especially as it pertains to competition engines, but also how the rules have evolved overall. The top professional racing series, while they’re only a small percentage of the total racing universe, represent the trends that get passed down to other grassroots level divisions.

Starting with Formula 1 and the season opener in Australia on March 15, there are some doubts about the current conditions as the coronavirus epidemic is spreading rapidly in Europe. The Italian government has enforced strict quarantine rules due to the country being one of the hardest hit by the virus since the first cases were discovered in China.

However, virus or no virus, the 2020 racing season will go on. Teams are headed to Australia for the opening race with a “beef to pick” with Ferrari and the FIA over the Scuderia’s 2019 Power Unit. Ferrari was caught going against “the spirit of the rules,” but just shy of any significant penalties for running what is believed to be a system that could trick the FIA’s homologated fuel flow meter into pumping more fuel for a prescribed period than the meter reported.

Last year in Austin, TX, Red Bull Racing was under investigation for possibly using an electrical signal pulse that interfered with the fuel flow meter frequency to manipulate the fuel flow limit in qualifying. We think Ferrari did something similar, except their system could be managed in races as well.

FIA rules state that all F1 cars must use a single fuel flow sensor in the fuel tank, which is manufactured by an FIA designated supplier. This sensor must be use as specified by the FIA. In addition, all fuel delivered to the power unit must pass through this homologated sensor. Also, the FIA states that any device, system, or procedure designed to increase the flow rate after the measurement point is prohibited. As of this writing, the issue with Ferrari has not been sorted out.

However, the 2020 rules are stabilized from the previous season with only minor changes so teams can plan for the new rules package for 2021, which are aimed at luring potential new engine suppliers like Porsche, Honda and Aston Martin into the sport.

The proposal for 2021 includes boosting the rpm of the current 1.6L V6 turbo engine by 3,000-4,000 revs to improve the sound. Another major change with the new engine shift includes making the engine more interchangeable with chassis and transmission combinations. But for 2020, engine rules remain largely the same as 2019 with further development of the power units by all manufacturers.

Formula 1 teams/drivers may use one extra MGU-K in 2020 to deal with the extended 22-race schedule. There have been limits on how many components can be used ever since the V6 turbo-hybrid engines were introduced in 2014. The intention, of course, is to reduce costs by preventing teams from continually developing and upgraded versions of each engine component. This is a trend that has been passed on to other series as well. In today’s motorsports market, the cost has risen to epic proportions for top-level racing divisions, and cost reduction is a primary concern. As most often is the case, the engines are typically limited in some form or capacity.

Electronics go hand-in-hand with F1, but electronic driver aids have been typically prohibited since the mid-1990s. In 2020, the drivers will have 90% of the engine’s torque more directly in the driver’s control. Stall prevention and “bite point” functions will still be available with the focus on the mechanical interaction of the clutch in the driver’s hands (not feet, since F1 cars use clutch paddles on the steering column).

The NTT IndyCar Series is bringing back one of its more unpopular rules in 2020 to prevent going over the allowed number of engines per season with the return of grid penalties for unapproved engine changes. Every full-time driver gets four 2.2L twin-turbo V6 engines for the season (per lease agreement), which should last a combined 10,000 miles of testing, practice and racing. However, in the past few years, many drivers have exceeded the engine limit and used five or even six engines to complete the season.

During the final rounds of the championship in 2019, some drivers were closing in on their fourth engines, and manufacturers intentionally exceeded the four-engine supply agreement. This was done to give drivers new engines (especially those in the hunt for a title) to lower the anxiety of a high-mileage detonation. To prevent late-season engine changes, IndyCar will apply new grid penalties of six positions for road and street courses, and nine for ovals, when a driver begins using their fifth engine.

There will be more power in the form of boost pressure in 2020 on “Fast Friday” and for Indianapolis 500 qualifying day, which adds an extra 45 hp to Chevy and Honda engines. The new plan will bring the boost up to 21.8 psi from 20.3 psi to deliver another 45 hp. The 21.8 psi of boost will be used at road and street courses and short ovals, where both manufacturers have tuning knowledge, which they will use towards Indy 500 time trials. The lower 18.9 psi boost level is only used during the Indy 500 and the oval race at the 1.5-mile Texas Motor Speedway.

Speeds should be higher across the board, but new aeroscreens that are being added this year for driver safety, adds 58 lbs. to the cars and aerodynamic drag. The belief by many insiders is that the aeroscreen’s mass and shape will absorb the 45 hp increase.

If a driver/team suspects they are down on power (DOP), they may request to install a series-specified torque measurement shaft to determine whether it is DOP relative to other engines provided by the manufacturer. IndyCar will then compare torque values against other instrumented cars running the same engine to show if the DOP claim is valid. If the measurement does not show that the engine is down more than 2% of currently installed engines with torque measurement, the team forfeits their $3,000 bond.

The 2020 NASCAR season will be the first under the new tiered sponsorship model (declining Monster Energy as the sole sponsor).

2020 will also be the final year for the Gen-6 car, as the Next-Gen car (formerly the Gen-7 car) will be introduced in 2021. 2020 will also be the last full-time season for seven-time series champion Jimmie Johnson and a few other noted veterans who are no longer racing this year.

Among the changes to the rules is a reduced amount of road crew members from 12 to 10. Wind tunnel testing has been cut to 150 hours per team and will only be allowed at four wind tunnel facilities. Each driver is allowed a maximum chassis quantity of 12 units. Teams must compete with long block and short block sealed engines in a minimum of eight races each. A smaller tapered spacer will be used to reduce horsepower to 550 along with front aero ducts for 20 races. A handful of other races will use a smaller taper spacer but without aero ducts. Tapered spacers were introduced to replace restrictor plates at Daytona and Talladega. The base package for 2020 uses a taller rear spoiler, a larger front splitter with a 2-inch overhang, and a wider radiator pan.

NASCAR’s Next-Gen race car, the seventh iteration, will bring the sport into the modern era despite the many objections and trolls on the internet who are against any change. Independent rear suspension will be added, along with bigger brakes and a bigger tire. The transmission will use a sequential shifter (one of the most radical changes that has flown under the radar from fan complaints).

Those who secure a position in the Countdown to the Championship will have their points adjusted after the NHRA U.S. Nationals. In the Nitro categories, first and second place will be separated by 20 points, and a 10-point differential will separate each consecutive position.

Pro Stock teams will continue to use Holley EFI as mandated by NHRA in 2016 and electronic rev limits of 10,500 rpm. Current regulations also require a throttle body with a maximum opening of 25-square inches and a spec ECU. Pro Stock teams are also limited to eight fuel injectors total (one per cylinder).

Back in 1970, when the Pro Stock class debuted, the NHRA rulebook was barely a page long. The cars had to be ‘68 or later American-built production vehicles with a gasoline-burning V8 engine as originally produced by the manufacturer. There was also a 7-lb. per cubic inch weight break and a 2,700-lb. minimum weight. Bodies were required to be stock except for hoods and deck lids, which could be made of fiberglass.

But the ‘82 season saw the end of weight breaks in favor of a simplified format that limited all engines to 500 cid with a minimum weight of 2,350 lbs.