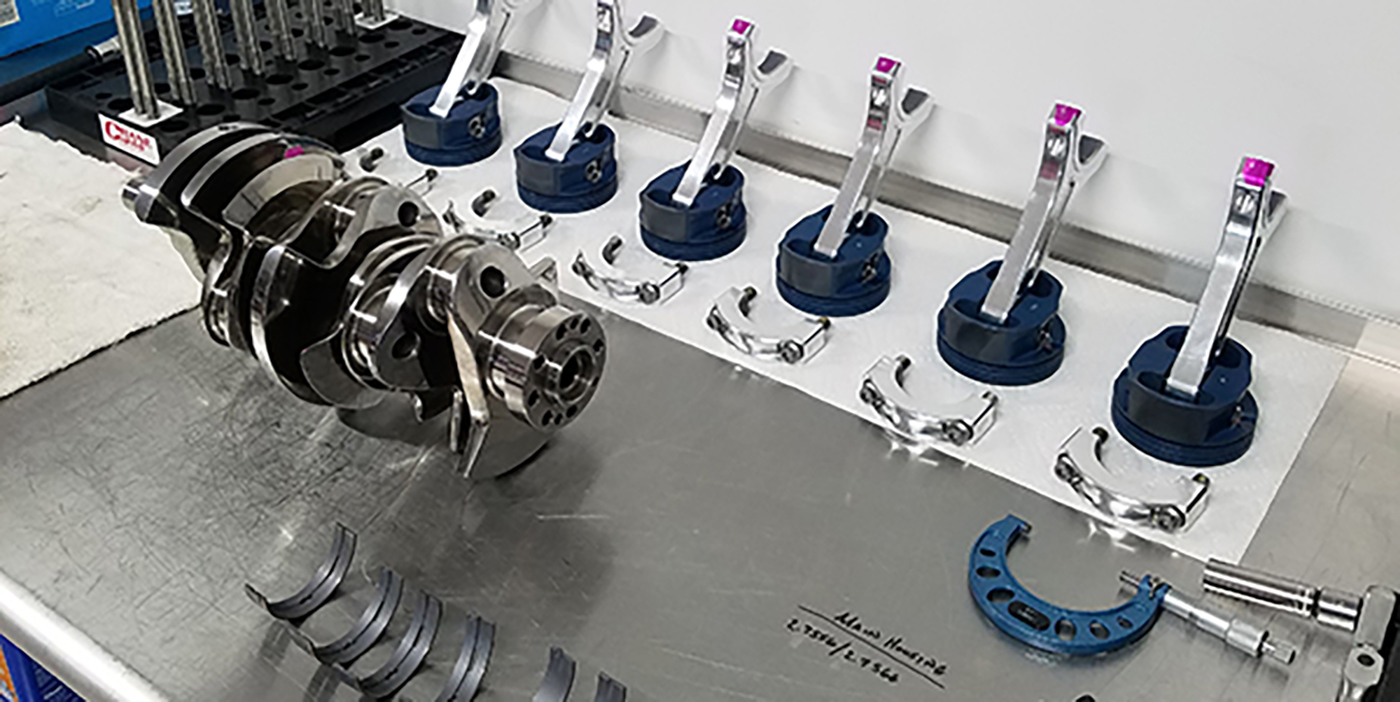 Turn-around time for a complete engine refresh varies, depending on their workload and also the parts they need.

Spring through summer brings with it the fervor of hot rod enthusiasts and racers eager to get their cars back in action. The demand on engine builders to get their cars back on the road hits a high point. Covered, in the garage and out of sight until spring, no thought is given to some of these vehicles until the race season is close or the cruising weather arrives.

Off-season, whenever it may be, is the time for an engine refresh, making it the on-season for engine builders.

One such builder from Lakewood, CO is Madcap Racing Engines, which specializes in drag racing engines for classes such as Top Sportsman and Top Dragster. We spoke with Bob Reinhardt to get a rundown on the shop’s engine refresh services.

At Madcap, winter is when they do the majority of their engine refresh work. “Most people drag their feet for a little bit, so right about Thanksgiving until Easter is our busiest time of year,” Reinhardt says.

Turn-around time for a complete engine refresh varies, depending on their workload and also the parts they need. “It could be anywhere from three weeks to two and a half months,” Reinhardt says. “It just depends on how busy stuff is and we’re also at the mercy of the vendors. If I have to get pistons made or get other parts, I’m at the mercy of whatever we have to buy.”

Madcap operates on a first-come, first-served basis until it gets really busy, and they’ll make sure at that point that if someone has a race coming up, they get their engines in time. “You have to prioritize at some point by who’s racing, and we make sure they get their stuff in time to go racing,” he says. “With our local stuff, we don’t start until April, so I don’t need to put off a guy who’s going to Pomona for a local guy who’s not racing until April.”

As expected, nothing goes unchecked during the process, and Reinhardt detailed some of the standard practices with every engine. “Typically, we rebuild or replace the lifters and replace the valve springs, rings and bearings,” Reinhardt says. “If it’s steel rods, about every other refresh we put rod bolts in it if we know the history. If we don’t know the history, we put rod bolts in it. If it has aluminum rods, we’ll replace them after about 200-300 runs, pistons are probably about 300 runs, unless they are spraying it heavily, then it’s less.”

Adding additional details to what they commonly see, “90% of what we do has aluminum heads, so that’s not going to crack,” he says. “But titanium valves will be hard on seats if the valve isn’t coated, so we look at everything. Most all of the blocks are put on the CNC machine to make sure the deck is flat.”

The details are critical, and they are careful not to overlook anything. “We do a really, really thorough job of checking everything,” Reinhardt says. “Our refreshes are really labor intensive. If you don’t check something, it can come back to bite you.”

Another engine builder that is no stranger to refreshes is Baldwin Racing Engines in Freidheim, MO, whose primary business is dirt circle track and we spoke with owner Jeff Baldwin about what they do for refreshes.

“We’ll do a complete tear down, inspect every piece from the rocker arms to the oil pump and everything in between, everything gets looked at, cleaned and magnafluxed. Typically, when we do a refresh, we’ll put valve springs in it every time, rod bolts in it every time, and of course rings and bearings.”

As far as the machining that is performed, “we’ll touch hone the cylinders, get a cross-hatch back in it and get the correct surface finish we need to seat the ring back,” Baldwin says. “On the heads we’ll skim the surface just to make sure everything’s flat and then touch up the valve job.”

Baldwin explained that the engine regulations for some dirt track racing classes are very strict and they run GM crate engines. When it comes to the refresh services, “if GM didn’t take the time to do it, you don’t either,” he says. Baldwin Racing Engines is currently the only one in Missouri certified to work on the GM crate engines.

“Every engine is identical, so they go on the dyno and we go through a verification process every time one comes in,” he says. “Whether we are doing a repair of a refresh, or just a verification, we dyno every engine to make sure they meet the parameter it has to fall into. Those fall under a very, very tight program.”

The extent of what they do during a refresh is not only determined by the strict rules for the GM crate engines, but by the cost of the repair versus the cost of a replacement engine. “You can touch on the bore to get the cross hatch back, and if we have to repair a cylinder, they will allow us to put a sleeve in it and get it back to standard, but most of the time, because of cost, the rebuild side of it is hardly feasible,” Baldwin says.

Baldwin Racing Engines also does extensive refresh work for open-engine classes, and the frequency and timing of refreshes depends on the class. “The Friday night, Saturday night-type weekend racers, they’ll typically make it a full season without messing with the engine, without touching them,” Baldwin says. “However, the touring teams that we do engines for, such as the World of Outlaws series for example, they typically have two engines, but some of them have three, four, five or six. They will just cycle them in and out because they just race multiple times a week. They typically get 1,000 to 1,200 laps, that’s kind of the magic number everybody uses, then we’ll get them back in, do a refresh, dyno the engine and send it back out.”

As opposed to the quick jobs an engine builder does during a racing season, the off season is a time for detailed work and making sure the entire engine is in tip-top shape for another year on the track.

It also helps that these days, more racers realize the benefits of getting ahead of the competition in anyway they can, and servicing the engine is priority number one. Folks don’t want to do engine work at the racetrack, and being disciplined with refreshes means they shouldn’t have to. EB

Advertisement
In this article:Engine Rebuild