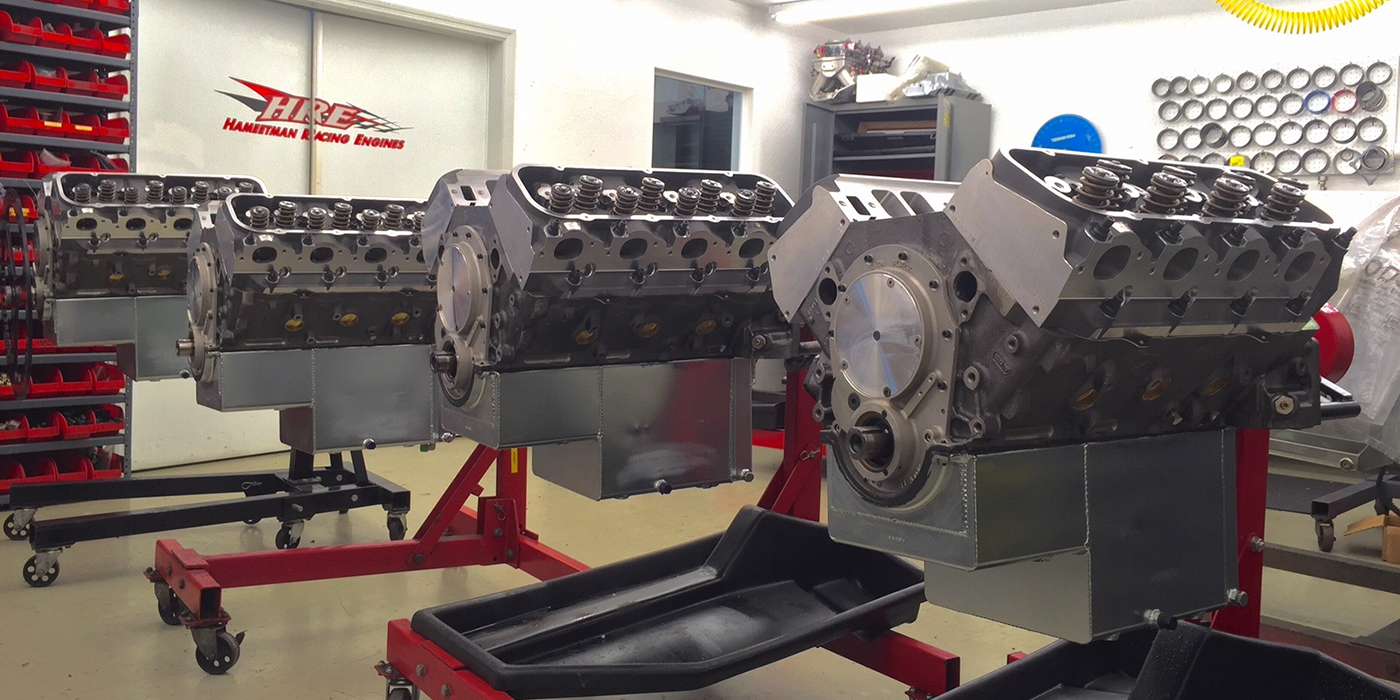 Due to the damage potential with these engines from things such as water ingestion, corrosion, parts coming loose or breaking, and countless other issues, staying on top of your marine engine maintenance is crucial.

The old adage that a boat is a hole in the water you throw money into, exists for a reason – boats, and their engines, are very expensive. It definitely takes deep pockets to afford high-end marine engines in the first place and to keep them in top condition.

Due to the damage potential with these engines from things such as water ingestion, corrosion, parts coming loose or breaking, and countless other issues, staying on top of your marine engine maintenance is crucial. While the basic machine work required to build a marine engine is essentially the same as an automotive engine, that’s where the similarities end.

Marine engines have an entirely different operating environment than automotive engines. They typically spend most of their time at cruise or full throttle. Cruising speed for a boat is a lot different than that of an automobile cruising down the highway. Cruising rpm for many of these marine engines is 3,500 to 4,000 rpm depending on the drive ratio and prop size. By comparison, a typical automotive engine will only be turning 1,600 to 2,000 rpm at highway speeds.

Full throttle is also different. With a marine engine, it’s truly full throttle all the way – maybe 5,500 to 7,500 rpm or more for long periods of time (possibly hours), which puts a lot of stress on an engine and its internals. Most street performance, circle track and road race engines, by comparison, only see peak rpms in short bursts, and are constantly changing rpm as the driver is on and off the throttle. Most passenger car engines rarely see the high side of 4,500 rpm and spend most of their time idling or loading along at relatively low rpms. With drag race and tractor pull motors, full throttle only lasts for a matter of seconds until the throttle snaps shut and the engine comes back down to idle.

Another important difference between boats and cars is that boats don’t coast. The motor is always pushing the boat forward. There’s no backing up and a boat can’t use the engine for braking. If an inexperienced driver is running full throttle and suddenly lets off on the throttle, a small boat can nose dive and may even flip over!

Anything that is exposed to water (especially salt water) has to be corrosion resistant. That means anodized coatings for aluminum heads and intake manifolds, stainless steel or bronze plumbing and fittings, brass or stainless freeze plugs, and some type of marine paint or anti-corrosive coating for the block, oil pan, valve covers and timing cover.

Because marine engines are running hard most of the time, they require a lot of cooling. Boats that use external water cooling suck water into the cooling system through an inlet port under the boat or in the stern drive. A separate water pump pulls water in and routes it to a second water pump on the motor (mechanical or electric). The water pumps have to have corrosion-resistant impellers, covers and housings.

Water-cooled exhaust manifolds are used with many inboard engines. A heat exchanger may be used to raise the temperature of the incoming water. The water-cooled manifolds also help prevent heat buildup in boats where the engines are in a covered compartment.

The constant load on a marine engine means it runs hot, even with lots of cooling. More heat causes greater thermal expansion, so you have to allow a little more piston-to-cylinder clearance to reduce the risk of scuffing. Ditto for the valve guides. Exhaust valve seats should also be wider for better heat transfer, and seats should be a copper alloy to promote rapid heat transfer.

Special coatings can also help prevent heat damage on critical parts. A friction-reducing anti-scuff coating on the piston skirts and bearings can provide added insurance, while heat reflective and dissipating coatings can help manage heat elsewhere in the engine.

Keeping a marine engine lubed is also a challenge because of the up-and-down vibrations that waves produce. Oil pans have to be stronger and have plenty of capacity, so the motor doesn’t run out of oil. It also needs to have baffles and a windage tray to keep the oil where it belongs. An external oil cooler is also essential to manage the heat, and an oil temperature thermostat is usually part of the system so cold oil can bypass the cooler and come up quickly to normal operating temperature. The oil pump and pickup tube should also be braced and the tube brazed to the pump to withstand all the vibration and pounding it will experience.

On really high output engines (1,000 horsepower or more), a dry sump oil system is usually the best way to go to assure a constant supply of oil to the motor.

The service life for a marine engine may range from 500 to 600 hours, while that of a 1,000 hp-plus engine might only be 200 to 300 hours. Some marine engine builders recommend freshening up the valve springs and hydraulic roller lifters after 200 hours of use.

It’s imperative that marine engine builders build and rebuild these engines perfectly. If a customer just spent a ton of money on an engine that didn’t hold up, he’s not going to be a happy customer or a repeat customer.

“We even went to real deep groove v-belts and pulleys because you’re on and off the throttle in the rough water, so that allows for less of a chance of a belt coming off and costing you the race. We also use double hose clamps on a lot of the main water hoses because you can build a lot of water pressure when you’re coming in and out of the water. Therefore, we’ve got blow off valves on our sea strainers because the pressure will spike over a couple hundred pounds.

“We also do a lot of coatings inside our engines and we put oilers in there too. We use piston oilers and we use an oiling system that bolts in the valley to spray oil on the lifters also. We also make sure we get large volumes of water through the engine to keep it cool. The lake or ocean acts as the radiator for our engines. We improve the water flow by using a two-stage water pump – feeding one side of the motor with one stage of the pump and the other side of the motor with the second stage of the pump.”

While water is imperative to the proper function of marine engines, it is also the number one reason these engines run into issues and need to be refreshed. Salt water is one of the biggest culprits when it comes to causing engine damage.

“A lot of it comes down to the end user and how well they flush the engine(s) after every use,” says Darryl Hameetman of Hameetman Racing Engines. “Maintaining it is up to them and some guys are really good about it and have great luck with it, and other guys, not so much.”

According to Crockett, salt water corrosion will eat the aluminum heads and cause problems. “We put the heads in the mill and I mill into the aluminum head until I get clean aluminum,” he says. “Then I weld them all back up and resurface them.”

To help marine engine components better fight corrosion and water damage, most engine builders employ coatings in their builds, especially on the pistons and bearings for added protection.

“We’ve torn down engines with coated bearings and they still look good as new,” Crockett says.

“On salt water applications, we coat the inside of the water jackets with a Promax marine coating. Gaskets are all stainless steel, and the outside of the motor is sprayed with a Mercury marine rust protection paint.”

When engines come in for a refresh, the most common work is either valvetrain related or it has water damage. That’s usually what a marine engine will run into if a header breaks or a tailpipe cracks or valves start sticking and the engine starts pulling water back in.

Because engine durability is heavily weighted on valvetrain performance, that area of the engine must be in good working order. Tyler Crockett Marine Engines will typically change out lifters and valve springs on its pleasure boat engines about every 250 hours. For race team customers, the shop changes lifters and valve springs out every six races.

Since each boat owner uses their boat with different regularity, these maintenance upkeeps will differ, but it is still crucial to know when your engine will need a refresh.

“Some guys race every weekend, so obviously they’ve got to stay on top of their maintenance more often and rebuild sooner than the guy who races once a month,” says Daryl Hameetman of Hameetman Racing Engines. “For 1,000 hp, it might need a rebuild in 250-300 hours. The big horsepower stuff might be 60 hours, depending on how they run it.”

According to Bob Madara of Marine Kinetics, the life of valve springs depends on the quality of the spring, the engine’s power output and how many hours it runs at cruise to wide open throttle. “A set of valve springs in a 502 cid motor should probably be replaced after 300 to 400 hours, even if they still look and test okay,” Madara says. “That’s because valve springs can suddenly fail with no warning and you’re better off safe than sorry.”

There’s no truer statement than that when it comes to marine engines. You don’t want to be left stranded because you didn’t heed the warnings. Engine builders should ensure their marine engine customers are getting service at the appropriate times, and boat owners should keep in touch with their builders to ensure nothing goes wrong at an inopportune time. EB