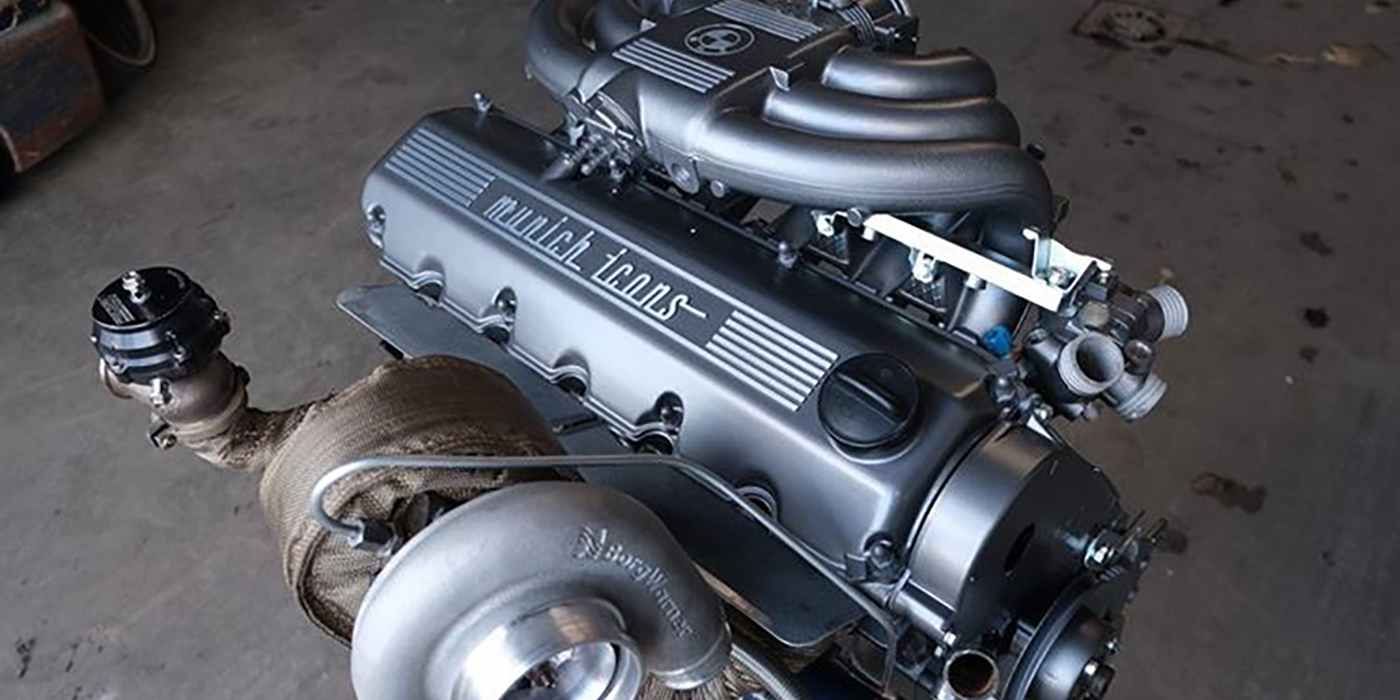 When Yves Decan bought an e21 320 project car, the BMW fanatic in him took over. The owner of Munich Icons brought this classic BMW back to life, complete with a turbocharged M20B30 engine rebuild capable of 600 hp! Find out what went into the build!

In 1993, Yves Decan was just a 19-year-old finishing up high school. His dad had an M5 e28 at the time that was practically still new, which he lent to Yves to drive to school. As any 19-year-old would do, Yves wanted to show off the BMW beast to his friends. He grabbed a few buddies and went snow drifting during his lunch break. With typical youth enthusiasm, they lowered all the windows and started drifting, getting snow all over the interior.

“That evening, my dad had a few harsh words with me,” Decan says. “Let’s just say that was the end of my driving this magnificent car that year.”

It might have been a temporary road block with his dad’s M5, but Yves’ love for BMWs was already in full swing and only about to get bigger. Today, Yves is the owner of Munich Icons, a BMW restoration company in Nieuwpoort, Belgium that his dad started in the ‘70s. Yves became the owner in the late-‘90s.

“Ever since I was a small boy, I have always loved BMW cars thanks to my father, who brought home BMW vehicles and bikes,” Decan says. “My fond memories during my adolescent and teenage years are of e23 limousines, e9 big coupes, 700s, and e21s. As you can tell, my dad, just like me, fell in love with the BMW brand a long time ago.”

A few years after high school, Yves was able to get his own BMW vehicles and bikes, and that’s when he stumbled upon his passion for restoring and modifying classic BMWs.

“Over the years, I have managed to put together a team of wonderful people with individual skill sets,” he says. “Our work revolves around several types of services including bodywork, restomod projects, mechanical work, maintenance and repairs, and full restorations. Building engines is just a part of the aforementioned, but we keep pushing the limits with ever powerful turbo conversions. Through Munich Icons, we develop specific e21 products. Our specialty delves mostly on the ‘Sharknose’ classic BMW models.”

With a love for BMWs as strong as the one Yves has, it wasn’t much a decision for him when a friend called him up recently trying to offload an e21 320 project car. The answer was an emphatic yes.

“My love with the e21 stems back a little bit,” Decan says. “I picked this car because first it was an original French motorcar and had a rust-free body – a rare occurrence in e21s. I saw it as an exceptional restoration puzzle that I was too willing to undertake. As a team, we sat down in our workshop and decided that this car would become the official Munich Icons demonstrator.”

To make it look the part, Munich Icons dismantled the vehicle and started rebuilding. The shop began by eliminating the small rust spots and repainted the body back to its original Polaris Silver color. However, Munich Icons wanted this car to have more. That meant doing an engine upgrade on this classic BMW!

“To make it a conversation piece, we went ahead and did a replacement of the 2.7L stroker M20 engine with a flowed head that pushes out 200 hp,” Decan says. “The engine was built using a M20B25 block as a starting point.”

In addition to the quality engine work and silver paint job on this e21, Munich Icons also added a set of BC Racing coilovers with specific spring rates and poly bushes all around for a smooth, sporty ride.

“We also developed a custom rear suspension beam that accepts an E30 differential,” he says. “The beam will cure the negative rear chamber and adjust toe as needed. With these changes, we switched the standard 5-speed with a 6-speed manual.”

Despite how good the car looks and sounds on the outside, it’s the interior of the e21 that has Yves the most excited.

“The interior of this car, to me, is the most exciting bit,” he says. “Don’t forget, we are using this as our track-toy vehicle, so in this light, we went for a racing car interior albeit with additional refinements. We have spent a great deal of time in creating something unique with a high finish level. We have made use of exotic materials including embossed leather, carbon-fiber and aluminum. The center console, the door panels and a range of other stuff are all wrapped in bright red leather. The dashboard is wrapped in real carbon-fiber and complements the carbon-fiber backs from the Bride Stradia seats that are covered adequately in Italian red leather. We have included a beautiful CAE race shifter that is not only eye-catching, but makes crisp and direct gear changes.”

To cap off this BMW build, Munich Icons put the car on a set of WRD Mesh wheels. This is one BMW that is now truly riding in style!

Engine of the Week is sponsored by PennGrade Motor Oil and Elring – Das Original.If you have an engine you’d like to highlight in this series, please email Engine Builder Editor, Greg Jones at [email protected]

Advertisement
In this article:BMW, Elring, Engine of the Week, PennGrade Motor Oil