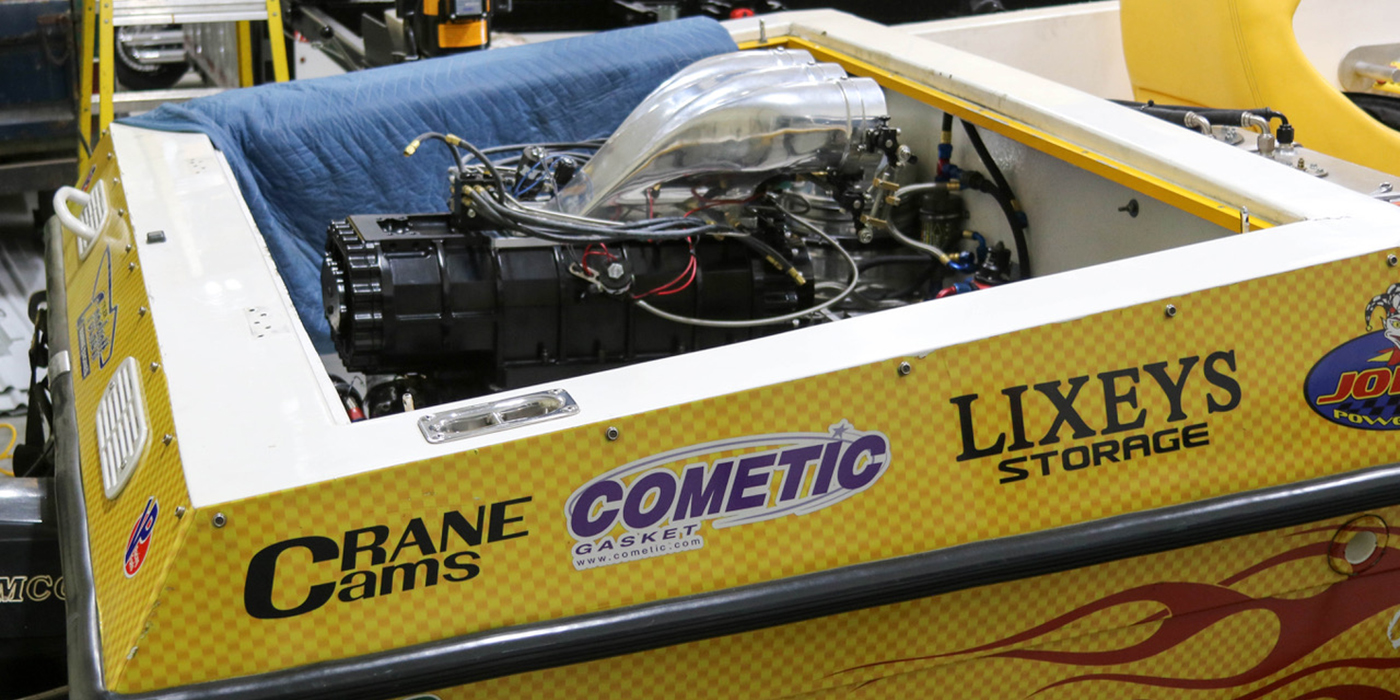 If you build marine engines, you may already know the benefits of a blue mind. As for the engines that run on water, they are a different beast altogether than their land brethren. Building engines that live on the water is a far different challenge.

The Cambridge Dictionary is considering the addition of “blue mind” into its next update, according to boat maker Correct Craft.

What is blue mind? It was described by author and marine biologist Wallace J. Nichols, in his book Blue Mind. According to Nichols, water has a calming effect on our brains. He describes the science of how being near water – be it the ocean, a lake, or a river – can lower stress and improve our health.

According to Bill Yeargin, Correct Craft’s president and CEO, “Blue mind is a concept our team has fully embraced, and we think everyone should know about it. Our friend ‘J,’ has done a great job describing the positive impact water has on people. We encourage everyone who loves water to vote now to get ‘blue mind’ in the dictionary!”

If you build marine engines, you may already know the benefits of a blue mind. As for the engines that run on water, they are a different beast altogether than their land brethren. Building engines that live on the water is a far different challenge because the rules (hint: there aren’t many) are entirely different. The environment is corrosive to parts that come into contact with the water, and the boats are often run wide-open at full load for miles at a time.

Boating represents one of the last open frontiers that we have to build and run almost anything from mild to extremely wild. For engine builders who make a living from this market, the Wild West is still in effect on the water with builds from 500-1,500 horsepower going into bread and butter pleasure boats of all varieties so the other half can have bragging rights on the lake or bay where they play.

According to some marine engine specialists, you can build pretty big engines for these applications, but the trick is getting them to last. The loads are higher, and there’s no free time on a boat engine unless it’s sitting on the trailer. What we put on a boat race engine in one day you may not do on a car race engine in a year.

Tyler Crockett of Crockett Marine Engines says that even during the COVID-19 crisis, they are still working in the shop but taking necessary precautions such as closing to the public.

“We are not supposed to be working up here, but I’ve been in the shop every day, my brother and I have. We’ve blocked the front door so nobody can get in, and I’m still doing a bunch of machine work, and we’re building a bunch of engines still.”

Crockett says that even with the current crisis, they can safely space between each other with more than enough marine engine work.

“We probably had 30 engines to build this winter. They started coming in in the fall, and we’re still working on getting them all completed.”

Crockett says that they build mostly all marine engines, but they also build a few drag race engines and some monster truck engines for a friend of his. He also is developing an LS engine for the Master of Motors competition later this year, which is something a little out of the box for him.

“I just sent all my stuff in for the competition. We’ll be building an LS with the help of some of my friends at Chevrolet Racing, who build IndyCar engines and some racing Camaro stuff.”

But the meat of Crockett Racing Engines is the boat market, specifically some offshore racers and a lot of fast pleasure boaters.

“I have offshore racing customers and a lot of fast pleasure boaters. These are people that want to go fast and have fun and fight for bragging rights with their buddies.”

With most of the big events canceled or postponed until later in the year, the pleasure boat segment can still be strong as long as the waterways and marinas are open.

Crockett says that many of the pleasure boat guys use them for Poker Runs, where they can show off the power and speed since there’s no speed limit. “I’m building a couple of 1,450 horsepower blower motors here for our guys that are going to use it and run the poker runs later this summer if they don’t get canceled.”

Most of the boats are single engines, but there are a good number of twins and even some triple engine pleasure boats for which he performs work. He says that he doesn’t do many installations anymore because it’s too time-consuming for a smaller shop like his to handle with all of the engine work they take each year.

“We used to do installations, but we are trying to cut back on those jobs. It takes too much away from us building the engines. We used to do all the rigging. We’ve had customers with stock motors that only made 450 horsepower or so. And then we’d give them 1,000 hp or 1,200 hp and you’d have to redo the water system and everything.”

Crockett started his business mostly handling the local Michigan boaters, but as his reputation has grown, he now gets customers from all over. “We get new customers all the time, and our customers come from all over the country. I’ve got some from Texas, California, Colorado, down south in North Carolina and South Carolina – they come from everywhere.”

One of the most popular engines that Crocket builds is based on a Mercury 500 big block. “It’s what they call the 500 EFI motor, which makes about 495 horsepower stock. But we’ll get them up to 625. We make a kit with aluminum heads and a different camshaft. And then I CNC machine while we machine out the plenum tops and the throttle bodies and install a big mono blade. The whole kit brings them up to 625 horsepower.”

Mark Rinda of MER Racing, says that he is still working in the shop as the state of South Carolina has mostly remained open until recently. “Most of my work is the go-fast Cats and V-bottoms. I have my regular customers, but the market’s kind of weird with things right now. But I’ve been doing this since 1989. I do mostly all EFI now, but I haven’t done any turbo stuff. Not because I don’t want to, but no one’s asked for it. And I haven’t done any LS work either.”

Rinda says he’s heavily involved with offshore racing and races a Pro Stock V boat himself. The class he runs is a single-engine 525 Mercury EFI that makes about 550 hp stock. He does most of his tuning with a Holley EFI setup because it is more user-friendly for him to do without having to spend too much time on the tuning alone.

“You’re going to make your best power and your best torque on the dyno,” Rinda explains. “Then, with the Holley system, you can’t go out there and change what your parameters are or your timing, as far as that goes, to make more power because you have no way of measuring. But what I look at is how the boat’s reacting. What is it like coming up on plane. With the Holley system, we’re going to take off, but it’s not like a car, you’re under a full load. And then when you’re back out of the throttle, you still have the closed-loop learning going on until you turn that off.”

For engine builders who mostly work on automotive engines, Rinda and others say that there’s a learning curve because their systems are not the same. Many boat engines use raw water-cooling systems where they are cooled by lake or ocean water. Ocean water can be extremely corrosive, but so can fresh lake water. These cooling systems can be destroyed if they are not flushed regularly.

Today, many inboard engines designed for marine applications use a closed-cooling system, which is similar to an automotive system. The gaskets and components are also designed to handle corrosive environments. Most of the plumbing and fasteners are stainless steel to combat corrosion. The advantage of the closed-cooling system is that the engine is actually running on coolant like your car, except it has a heat exchanger that uses raw water to control the temperature of the coolant that is flowing through, instead of a radiator.

While marine engine builders are mostly still active during the COVID-19 crisis, they are also optimistic that the situation will be resolved soon, and we’ll get back to business as usual. One thing we know for sure is that many marine engine builders are as good as any builder from other top-level professional racing classes, except they have a much bigger palette from which to work.

Another big difference is that pleasure boaters make up the bulk of the market for these builders. Racing is still important and helps a builder establish a reputation for building a good looking and powerful mill. Still, the steady work is in the number of Poker Runs and powerboat lovers who want to test the open waters. That may be the ultimate “blue mind.” EB

Advertisement
In this article:Marine Engines