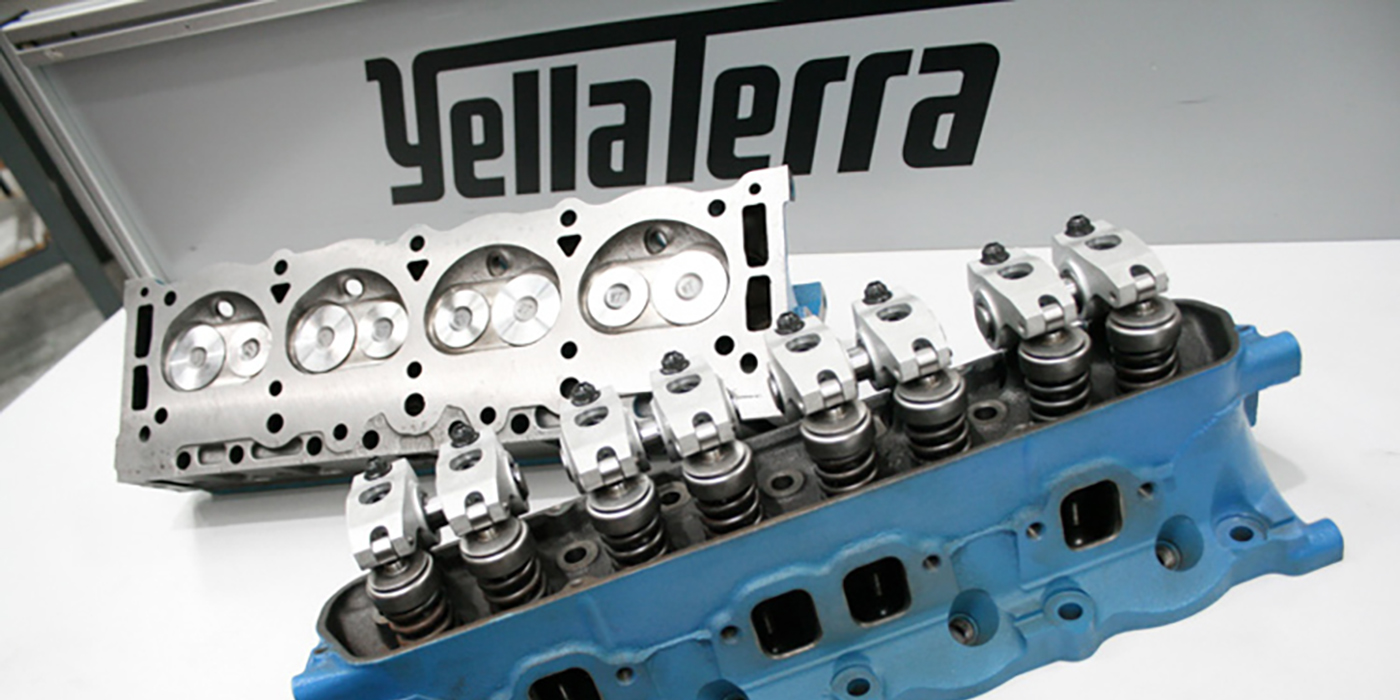 Currently in the U.S., Yella Terra only sells their roller rockers, with a couple specific markets that stand out.

When it comes to performance engine parts and the cars we get them for, I’m guilty of narrow-minded thinking and always default to the brands and names that we all know so well in the 50 states. I got a wake-up call the other day, watching a 2014 Australian film called Drive Hard, reminding me that muscle cars, racing and performance are just as popular in other countries as they are here.

This particular movie features some pretty choice Australian muscle and while it gets bad reviews in part due to the lack of high-speed chases, I rather enjoyed it. If it’s got classic cars in it, it’s got my vote. But this article isn’t about movies. This is about the international performance parts scene, and if you live in Australia, you’ve got a powerhouse right in your backyard — Yella Terra.

This is no mere opinion, and if this is the first you’ve heard of them, I’ll come out swinging with some hard facts. From drag racing, time attack, circuit racing, touring cars, supercars, sportscar racing, rallying, dirt track oval racing, and sprint cars; they’re involved in all of these forms of racing with their hard engine parts. And for something closer to home, Yella Terra parts play a regular role with NHRA SEGA Super Stock Southeast Gassers, monster trucks and California sandrails.

It all began in 1962 with Perfectune Engineering, founded by “Dyno” Dave Bennett. Perfectune became the first engineering company in Australia with CNC capabilities and during the late-’70s through the mid-’80s, they were an OEM supplier of engine components to General Motors. Yella Terra high-performance parts were launched during this same time period and over the years, their involvement in motorsports has been their catalyst for product development and improvement.

Jim Petrakis, the president of Yella Terra, confirmed the nature of the Australian market. “The market is still very strong in the performance and street scene,” Petrakis says. “The old muscle cars are very popular and Australian consumers are restoring and modifying these vehicles.” He went on to explain that Yella Terra has a strong market with engine builders utilizing their rocker arms, flywheels and cylinder heads, and air induction and supercharging systems, which are stronger in the street (consumer) market.

If you’re thinking you’d like to check out some of their parts, you’re in luck because Yella Terra already has a worldwide market made up of Australia, United States, New Zealand, United Kingdom and United Emirates. They also have a warehouse in Temecula, CA where they keep stock for their U.S. distributors.

And here’s the kicker, you’ve probably already used their parts. “Many engine builders and racers have used our products under our U.S. private labels without knowing it’s Yella Terra,” Petrakis says. “It wasn’t until 2005 that we moved into the USA with our own brand.”

Their roller rocker design is one of their milestone developments and has proven great success worldwide, with a dedicated following among many, including U.S. engine builders. Yella Terra roller rockers, as described by the website, are arguably the strongest aluminum rocker arms in the world. Made of aircraft grade extruded aluminum, deflection and bend testing has proven them stronger than other aluminum and stainless arms on the market.

An example of the durability of their rocker arms is demonstrated by their involvement in NASCAR AUSCAR racing, where Holden and Ford Auscars have run them for over 170,000 km between 5,000-6,500 rpm with no failures. Yella Terra offers four versions of their roller rockers, the Street Terra, Yella Terra Pro Street, Platinum Race, and Yella Terra Ultralite.

Currently in the U.S., Yella Terra only sells their roller rockers, with a couple specific markets that stand out. “We have some smarts and innovations built in to our shaft roller rockers for LS and big block engines that make the job easier and faster for the engine builder,” Petrakis says. “The strongest market would have to be the LS street cars. We have the largest range of rockers to suit LS1, LS2, LS3 and LT engines for both OE and aftermarket cylinder heads.”

Perfectune Engineering is the machining division of Yella Terra, making all of their products in-house. “We have 20 machining and milling centers that manufacture the products,” he says. “All research and development is done in-house with our engineering team and thoroughly tested both in-house and on the track.”

A strict quality policy follows all of their components, and Perfectune Engineering is totally committed to providing zero defects and zero late deliveries at competitive pricing, with a focus and commitment to consistently meet and exceed every customer’s expectations through continuous improvement. That’s a statement that plays a perfect tune to anybody’s ears.

Yella Terra also designs and manufactures a wide selection of high-performance, quality, billet flywheels for street and race track applications, which are precision CNC machined from a solid steel billet, then fitted with an OEM-quality ring gear.

They also manufacture cylinder heads for specific applications, designed for improved flow and maximum power and torque, right out of the box. It sounds like there’s some pretty lucky engine builders in their neck of the woods.

Do you want to learn more about Yella Terra, their products and their dealers? Check out their website at yellaterragroup.com. EB

Advertisement
In this article:Components, parts