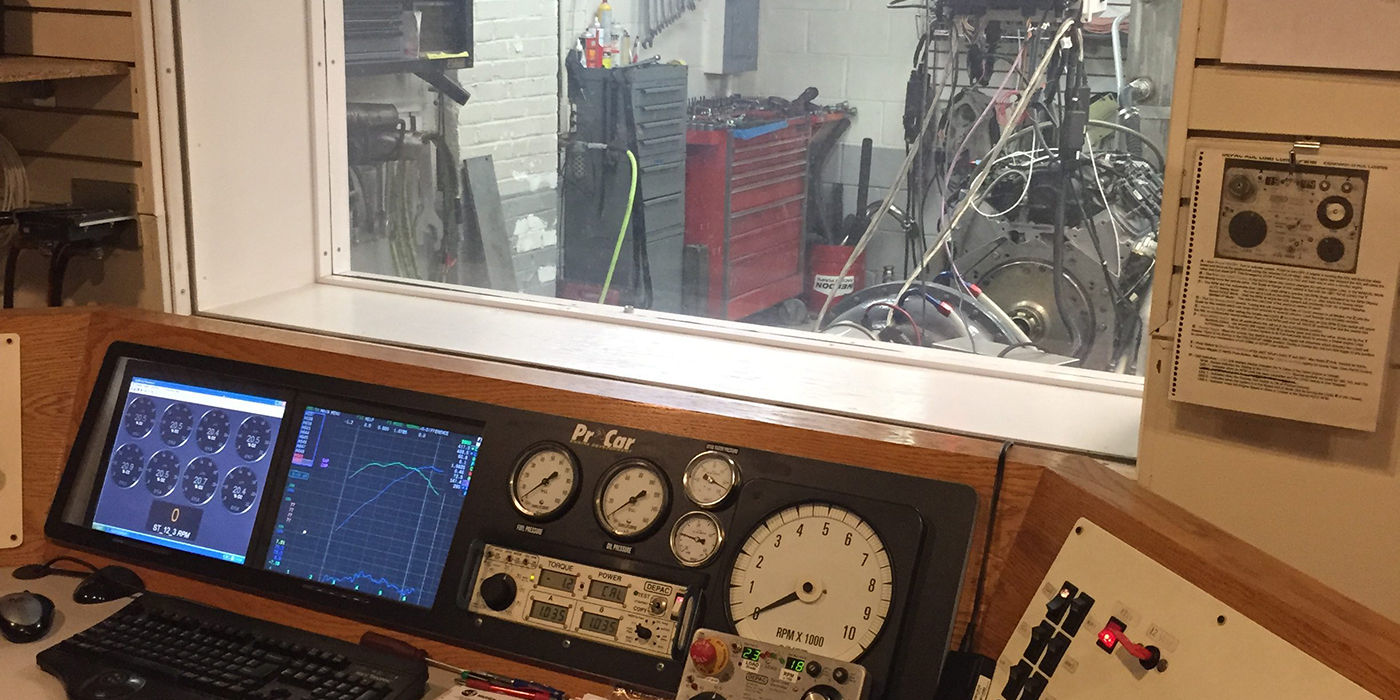 A competent dyno tuner should be able to improve the engine’s characteristics, making it more powerful or efficient, depending on the customer’s needs.

What separates a good engine builder from being a great one is not only his knowledge but the tools he has in his arsenal. A dynamometer is the pinnacle of engine building tools. It tells you whether you’re on the money or if you’ve got more work to do. A dyno can help you meet (or exceed) your customers’ expectations and boost your reputation as a quality builder.

A competent dyno tuner should be able to improve the engine’s characteristics, making it more powerful or efficient, depending on the customer’s needs. Most dyno “tuners” are focused on EFI controlled engines, but carbureted engines are also tuned on the dyno. Carbureted engines are much easier to optimize on the dyno because there are far fewer connections to hook up. We are mostly speaking about engines with an ECU and VE tables, which input the fuel needed for the necessary loads at a given rpm.

Some engine builders say they use the dyno to break in and set everything up before the engine leaves their shop, so if the customer screws it up, it’s on them. They know that everything is working how it should and pulling in the right ranges according to what they got from the customer. It’s an insurance policy in some ways because there’s no guessing how it runs and if it makes power in the rpm ranges. You know the engine is properly broken in and makes oil pressure, etc.

A street/strip engine has to be calibrated for many different load points and has a much different looking map than a race tune, in which the vehicle is mostly run at WOT (wide open throttle). What we touch on here is only the “tip of the iceberg.” Some of the finer points of dyno tuning can be learned from hands-on training offered by companies such as EFI University or HP Academy, which does online training. There are also several books dedicated to the subject from authors we have published in Engine Builder, including Harold Bettes, Greg Banish, and Ben Strader, among others. But first, to start your journey into the dyno tuning world, you’ll need to choose a dynamometer that will fit all the criteria for you and your shop.

Having the option of both a chassis dyno and engine dyno offers a lot of flexibility and helps you isolate a power loss. “Engine dynos are great because you’re just testing the engine,” Wright explains. “You know the variable you’re dealing with is just the engine. Then you take it from the end of that right to the chassis dyno, which is nice because you know what you had with the engine. If you’re losing power and do not see certain things, you know you’re losing it somewhere in the drivetrain.” That’s why Wright says it’s great to have both types of dynos, especially if you can run the car with an engine you’ve already run on your engine dyno.

An engine dyno is a workhorse for many builders who use it not only to tune but for quality control. The dyno is where the engine is typically fired up for the first time. You use it to check for leaks and find issues and fix them before you ship it out the door to your customer. But if you only use it for breaking in the piston rings, you may be losing out on other features that can help you separate from your competition.

Wright says that his dad, the late Chuck Wright, who was a GM engineer for many years before opening Pro Car Associates in the ‘70s, took 10 years to set up their dyno room. There’s a lot of planning that goes into setting up a dyno. Whether you pay a company to do it or you set it up yourself, the dynamometer itself is just part of the equation.

“We had to get a variance from the mayor to get the water supply we needed because it’s tied into the fire hydrant system on the street. The water is a big deal with brake dynos. You’ve got to have the water supply to keep the water temperature down. You need to have consistent pressure, volume and temperature.”

Wright says their dyno maintains constant water pressure going in all the time, keeping it from steaming. “You have to remember that the brake gets very hot. You don’t want the water to steam. Once it starts to steam, you lose control of the brake and the load capacity. The steam in the water starts to cavitate, and then you’ve got no load on the engine. It’s a matter of keeping that consistency with the supply because the more power you pump into it, the hotter the water becomes. It’s just like a big torque converter.”

Once the dyno room is set up, you still have upkeep and upgrades to do. “The one thing I need to upgrade soon is the automation side for the room. The controller I have now is obsolete. I haven’t done anything to upgrade that yet. The Depac dyno Windows system is still very legitimate. But with the owner of Depac passing away recently, it put a hurt on all of us using the system. He was a one-man show and the guy that bought it hasn’t done anything with it yet. It’s a shame, but it’s the Cadillac out there for aftermarket and a lot of your big shops do love it.”

Wright says that his dad did everything with an engineer’s mind and built their dyno room to last for years. “The way he did everything was to make it last 100 years. The bottom line is that he didn’t want to mess with it too much after it was built. That’s the one thing about ours, it’s very durable and we don’t have to rig anything up.” He says they have the room set up currently with a Holley Dominator and HP ECUs to tune whatever they need, or the customer can supply their own ECU. He also has several headers for applications such as SBC, BBC, LS, Ford Modular, and Hemi.

Wright says he uses the engine dyno for breaking in and checking for leaks and running a few sweeps to see what kind of power it makes before he sends it out the door. “If it’s a customer’s ECM that goes with the engine, I’ll get a good base map done. Or if it’s something that we’re going to be putting in the car, I’ll use that ECM to get a good base. But a lot of times we use it to break in the engine, make sure we’re mechanically sound, and don’t have any issues. Some customers don’t want any oil leak whatsoever. In this day and age, it’s common to have a small oil leak issue here and there with these pans and seals anymore.”

If you need to do some fine-tuning to squeeze out more power, it will take more than a few sweeps on the dyno. Wright says the engine dyno will only get you partway there, and the final tune is usually done on a chassis dyno or at the track. But there is another option that fits somewhere between an engine dyno and chassis dyno. They are called hub dynos. “There are some hub dynos that use a fluid type absorber, which I’m not a big fan of. The good ones are the Eddy current style hub dyno that can handle up to 5,000 hp, depending on which model you buy. You’re able to measure it directly at the axle.”

For engine builders who also work on race cars, a hub dyno can be a good option. “It’s especially good for drag racing where you’ve got big tires, and you’ve got a narrow rear end and all this stuff – the hub dyno is really the way to go,” says Wright. “You’re able to launch on it, and they’re getting to where you can actually put on the trans brake and let it go. If I had the money, I would get one. It would be a pretty useful tool. The next one I buy will be one of those, down the road.”

Wright explains that there’s a case for all three types of dynos. And spoken like a true racer/builder, he says it’s a matter of money and space. Both Pro Car’s dynos have been workhorses and have made business sense to have both an engine and chassis dyno. The chassis dyno has been an excellent tool for tuning, and Wright says theirs is good for up to 2,400 hp, but he says he won’t run that much on it with the twin retarder and the small roller size.

One of the problems with a chassis dyno is you get a little wheel spin sometimes that throws off the calculations. Wright says he’s run up to 1,200 hp at the wheels on it, and that’s as much as he wants to push it. For engine builders who are doing a lot of tuning and follow up tuning with the vehicle, having a chassis dyno can open up other opportunities. As an instructor for EFI University, Wright has also taught classes out of their shop on the chassis dyno. The main thing is to have a dyno that will give you insurance and peace of mind that your engines are what your customer expects when you send them out the door. Whether you want to tune them in the car or not is another business decision. EB

Advertisement
In this article:dynamometers, dyno