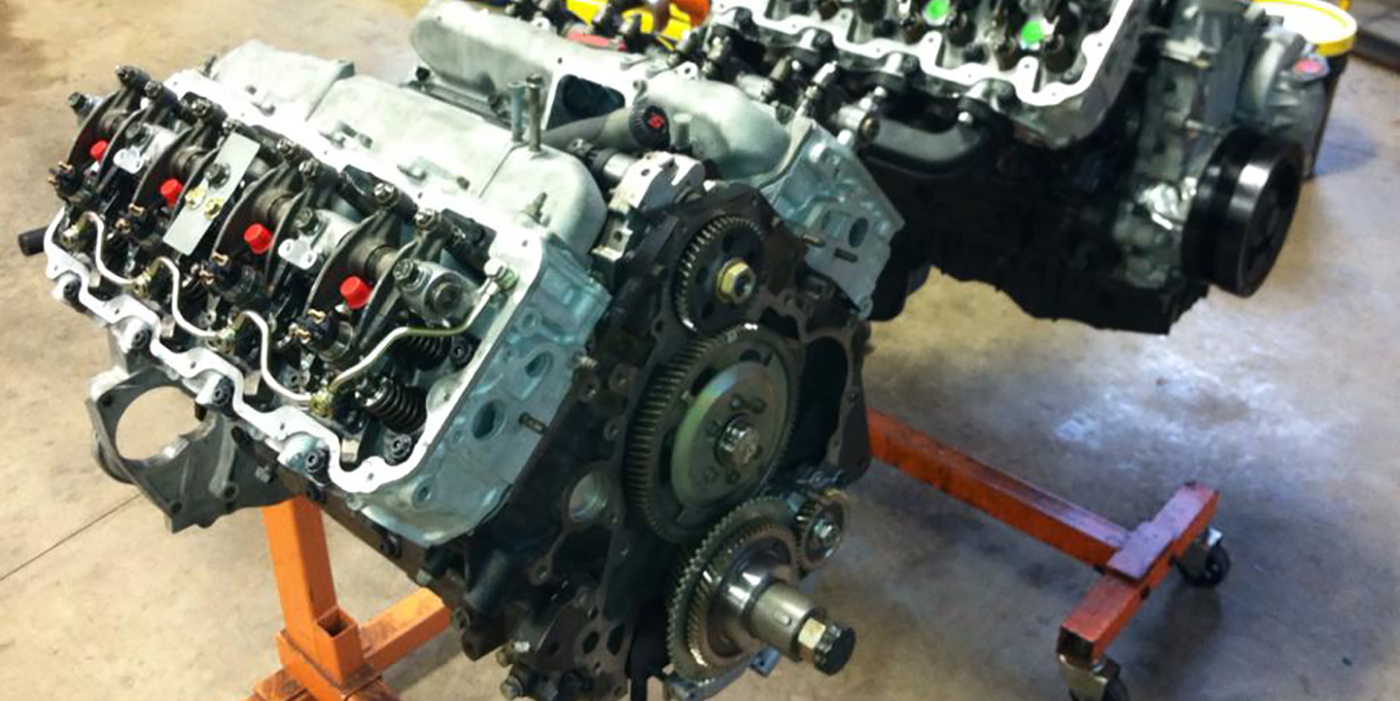 Looking to take his pulling truck from the 2.5 class to the 3.0 class, Dan Paulhamus of Paulhamus Diesel Performance overbuilt this 6.6L Duramax engine for exactly that reason. Find out what went into the high-horsepower build.

Dan Paulhamus couldn’t have had better timing in choosing to become a diesel tech at a local dealership in central Pennsylvania. Right out of high school, he began to work at a GM dealership just as the Duramax engine was coming out. In order to sell the new line of Chevy trucks, the dealership had to have a master-certified tech in-house and Dan was chosen to attend the training.

“I grew up in central Pennsylvania on a fifth-generation dairy farm,” Paulhamus says. “We were always tinkering on stuff. Right out of high school, I started working in a dealership. In 2000, the Duramax was going to be rolling down the pipeline in 2001 and the dealership that I worked for sent me to training. I became one of the first people in central Pennsylvania to be master certified on the Duramax in order for the dealership to sell them.”

On top of learning the ins and outs of the new Duramax engines, the GM school confirmed Dan had made a good choice to learn diesel engines. They told him diesels were the wave of the future and the high-pressure common rail was a brand-new thing at the time.

“The training and everything that I got at the dealership and at General Motors was something that excited me and drove me to doing what I do now,” Paulhamus says. “Over eight years ago, I started my own shop, Paulhamus Diesel Performance. We specialize in all of the big three, but my personal background is the Duramax and even the guys that work for me, our pride and joy is the Duramax.”

Paulhamus Diesel Performance does everything from regular maintenance and repairs to full performance engine and transmission work. The 5,000 sq.-ft. shop features three bays, three lifts and an engine room.

“We have three full-time techs and myself – ranging from young all the way up to a guy who’s been with me since the day I started,” he says. “I do the engine builds and tranny builds. Ross, my right-hand man does everything from gaskets to emissions diagnostics. We get a lot of work in from local dealerships too.”

While the shop has many capabilities, Paulhamus does send out its machine work to Tilburg Racing Engines and has a second shop do its cylinder head work.

“Brian Tilburg is my machinist for all Duramax or anything performance related,” Paulhamus says. “Then Brett does all my heads and he does all of the heads for Brian Tilburg. Those two guys in combination are awesome.”

When Dan thinks about the engine builds he’s most proud of, his Duramax engines are the ones that come to mind. Specifically, a 6.6L Duramax engine for his Chevy crew cab, long bed pulling truck.

“That truck and that engine originated as a 2.5 class truck,” he says. “I overbuilt it to be able to put on a bigger turbo for the future. I only pulled it for one or two seasons. I’m now looking to put it in the 3.0 class.

“It’s got an internally balanced crank, Carrillo rods, a crank girdle, SoCal ported heads, a SoCal camshaft, 200% over injectors, a stroker CP3 injection pump, ARP hardware throughout, Fingers oval bowl pistons with valve reliefs, and a Harts 3.0 turbo. Other than the SoCal camshaft, the valvetrain is pretty well stock. The valvetrains on these Duramax trucks are phenomenal. We’re also using a standalone ECU.”

With this truck set to make the jump to the 3.0 class, Dan says the 6.6L Duramax should be cranking out in the neighborhood of 1,500 horsepower!