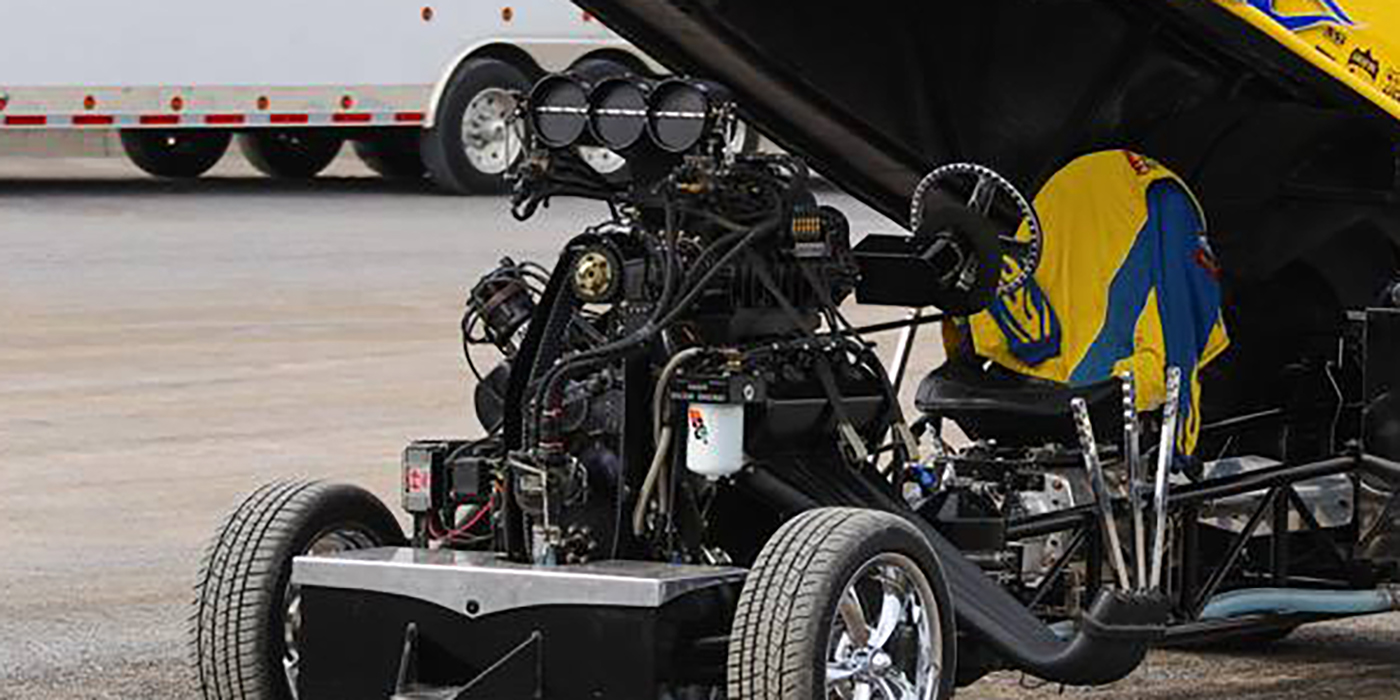 With a heavy focus on pulling applications and a bit of drag racing, Sassy Racing Engines specializes only in Hemi engines like this 557 cid blown supercharged Hemi that pumps out 3,000 horsepower! Find out what goes into the build.

No one else in John Card’s family was a gearhead, so John has never been able to fully explain where his passion for engines, racing and performance came from. No matter where his interest originated, John found a way to get involved in the automotive industry while in high school and hasn’t looked back since.

“When I was in high school, my parents were dairy farmers and my uncle ran a gas station,” says Card, who grew up in Rhode Island. “I would get up in the morning, go to school, get home from school in the afternoon and do my chores on the farm. When I got done with my chores in the middle of the afternoon, I would pedal my bike over to my uncle’s Getty station, which is about four miles down the road. I would sweep the floors, clean the toilets, like everybody else, I started at the bottom and worked my way up to bigger jobs.

“My uncle was really good friends with a guy named Ray Hoxsie who owned Hoxsie Buick Pontiac Oldsmobile. It was a local dealer that was about 12 miles away in the town of Westerly, RI. My uncle saw potential in me and mentioned to Ray Hoxsie that he might be interested in hiring me. They gave me a job and I started off at the bottom. About eight years into it, I was the service manager of all three departments – Buick, GMC truck and Oldsmobile. I worked my way up as a tech for General Motors.”

In 1992, John started truck and tractor pulling. He used his experience as a GM tech to build his own four-wheel drive truck, his own Chevrolet engines and he went truck pulling.

“That led me to a meeting another fellow truck puller from New Hampshire,” he says. “He had a dealership called Wyman Chevrolet Pontiac. He offered me a job as his service manager and I worked there for 18 years. I retired from that, but still tractor pulled, still built engines on the side, still did a lot of different things for people.”

John continued to race in his “retirement” and frequented Sassy Racing Engines to buy parts, where he became good friends with the Knox family that owned the shop at the time.

“Sassy Racing Engines was a premier truck and tractor pull, supercharged blown engine company that Brian Knox and his dad and mom, John and Rodalyn, ran,” he says. “I was friends with them. I knew them for years and they were getting ready to retire. They were looking to get somebody to manage the place. I said I’d be interested in changing careers and the rest is history. They gave me a job, I started buying into the company and now I’m sole owner.”

Card started at Sassy Racing Engines in 2011 and became sole owner at the beginning of 2020. He moved the engine shop to Concord, NH into a newer, bigger, 8,500 sq.-ft. facility.

“Probably 80 to 85 percent of our business is truck and tractor pull engines worldwide,” Card says. “The rest of that is drag racing.”

Sassy Racing Engines is an engine assembly shop. They utilize manufacturers such as Brad Anderson for billet blocks, Ken Veney and MBE for cylinder heads, Callies and Winberg for crankshafts and many other manufacturers to build winning engine combinations. The shop will finish hone its engines in-house as well as machine its own external components for its engine and other racing products, but it’s engine machine work gets sent to R&L Machine in nearby Dover, NH.

“We buy all the components and we do our own assemblies and our own programs for the different classes in tractor pulling,” Card says. “In tractor pulling, it’s not just the base engine. The blower drives, the blower sizes, the cams, the strokes and bores are all rules packages per class. It’s quite a bit different than drag racing. There’s a lot of different components and packages that we have to keep together.”

With a heavy focus on pulling applications and a bit of drag racing, Sassy Racing Engines specializes only in Hemi engines.

“Basically, what we do is blown supercharged Hemis,” he says. “We don’t do Chevrolets. We don’t do Ford. We don’t do Oldsmobile. Our specialty is the Hemi, so we stick with that.”

One such engine is the shop’s two-wheel drive base engine package – a 557 cid blown supercharged Hemi based off the 526 cid Hemi.

“We start off with a standard deck, two-wheel drive motor. This is what we call the Sassy Veney combination. It’s a Brad Anderson billet block. We run a Callies 4.500˝ crank. We run a MGP 7.140˝ connecting rod in this combo. We use our own camshaft spec’d by COMP Cams. This combination also uses Diamond pistons and Total Seal rings with a 4.467˝ bore.

“We run a special Moroso/Sassy dry sump oil pan and an RCD dry sump oil pump. This engine also features a 1471 SSI billet G rotor blower. This engine combo also has a Sassy/Rage fuel system and fuel pump, an Enderle Big & Ugly injector, and a Rage spray bar. It has an MSD Pro-Mag 44 ignition coil and that gives you a turnkey motor.”

Some of Sassy Racing Engines’ customers compete in the Lucas Oil Pro Pulling League or the NTPA where they have their own title oil sponsors, but for the customers who aren’t in a particular tractor pulling series with a specified oil, a majority of them run PennGrade 1.