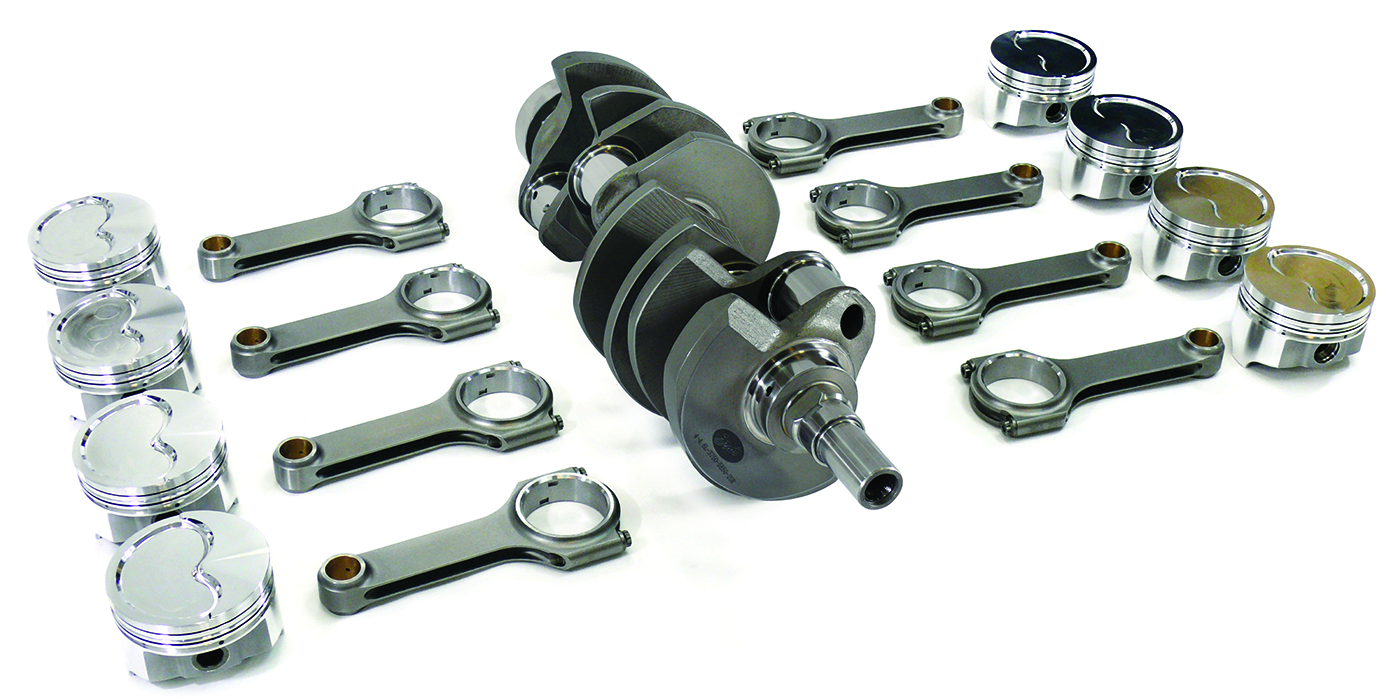 Are you still buying your crank, rods and pistons separately? Why not bundle and save?

Want Fries with that Crankshaft?

I went to McDonald’s for lunch the other day and ordered a “Bundle Meal” for $3 bucks. I know, I’m cheap, but I didn’t want to eat that much and pack in extra calories when I’m trying to get down to my winter weight. My diet aside, what caught my attention was that McDonald’s – and other drive-thru joints that have remained open during the COVID-19 crisis – cut down their menu options significantly.

Am I the only one who contemplates this stuff? Probably. Nevertheless, I concluded that it must be because more people are getting takeout, and it makes it easy to order when there are fewer options. But it is also easier to have the ingredients you need on hand from a supply-side perspective.

I know we’ve made the comparison before, but engine kits – whether you sell them or buy them – are like combo meals. You get everything you need to fill you up with that #5 – such as two fish sandwiches, a large order of fries and a soft drink – for just $5 bucks! What could be easier?

The same goes for your rotating assemblies. Do you want fries with that? Of course, you do. You probably need connecting rods, pistons, rings, bearings, the whole nine yards! Why not order a combo meal instead of piecing it out one item at a time?

While there are still machine shops that provide engine balancing services and balance all of their builds, the fact is that more engine shops don’t have this capability, and it is time-consuming on your end. Why not skip it altogether and let your supplier do it? You can still make money from the balancing job, and you can get all of the same parts you wanted to order individually as well.

“There are not as many machine shops as there used to be,” says Tom Lieb, president and CEO of Scat Crankshafts. “And not as many of them are completely equipped either. That puts the builder – whether he’s an engine assembler or whether he’s just a guy building, restoring his muscle car, building a hot rod, or whatever he’s doing – at a certain disadvantage. Having someone supply a complete rotating assembly takes a lot of work off the builder’s plate and hands it to me in a box. We fill the box with the crank, the rods, the pistons, the rings, and the bearings. Everything is in there. It’s all balanced. All the builder has to do is wash the parts and assemble the engine.”

The real advantage, according to Lieb, is that they carry such an extensive product line. “We can supply parts for the lowest-budget build to the highest-end build.” Other suppliers can also supply pre-balanced rotating assemblies, but there are a few differences to what a manufacturer and a supplier can provide. One of the biggest is how they balance the parts.

“We supply custom forged cranks, custom billet cranks, and so on. But then we also supply all the different connecting rods, and we supply all the different pistons,” Lieb notes. “What we’ve done with the rotating assemblies is we’ve looked at each part and tried to assemble the most compatible kits, not only from the standpoint of performance in terms of horsepower, reliability and so forth, but also the pocketbook.”

In other words, Leib says there’s no reason to buy a cast crank and then put in expensive H-beam rods when you really only need a good I-beam rod to support the crankshaft. And the same thing holds true on the piston side.

“We do not manufacture pistons, but we have relationships with all the dominant piston manufacturers,” Lieb says. “We’ve accepted the responsibility of all the components in that box. When we talk to the customer, the first thing we ask is, ‘What’s your project? What’s your expectation for this project? And what’s your budget?’ Because what happens, and this is a bit of a stretch, but we have people that want to buy a cast crank and then bolt a Procharger on it. The first thing that’s going to happen is he’s going to snap the nose off the crankshaft.”

Lieb explains that getting the initial expectation from your customer is crucial to nail down the rotating assembly components that will be the most compatible with their application. He says you should always be asking questions such as, what horsepower range does he want? What is he going to do with the car? These are just basic questions before you get into the specific parts.

Lieb says that because they’ve got thousands of rods, cranks and pistons and everything in inventory, they can customize each order and balance the whole assembly without taking off a bunch of material. He says they’ve had customers who tell them that they can balance better. His response to those who have doubts is to go ahead and check.

“We’ve had machine shops take the time to check our work on their equipment, and they realized that the balance job we did was as good as they could do it.”

Many suppliers will sell a balanced rotating assembly, but they are typically weight-matched at the warehouse and boxed up. But because Scat is a little unique in that they manufacture the heart of the rotating assembly – the crankshaft – they don’t need to overcompensate on the counterweights and can more closely match the bobweights.

“There’s a bit of benefit, cost-wise,” says Lieb. “First off, we don’t charge the same that you would in the job shop or machine shop for balancing. What the shops that buy from us do is list each part individually and include a balancing charge of what it would cost to do it in their shop, even though they never turned the power on. We perform a service for the customer by taking on that responsibility, and we’re in a different position to do that than the customer.”

Lieb says they have five balancers that they run 10 hours a day. “If you went out on the shop this morning after they pulled the parts, each one of our machines handles eight assemblies a day, so there are 40 or 50 jobs that they’re doing.”

One of the things that Lieb alludes to that makes a lot of sense is how you buy parts for your rotating assembly can make the balancing job a lot more difficult if they are not weight-matched. When you buy pistons, from your supplier A, you may get four pistons or eight, and then you’re stuck with whatever is in that box. One piston could be a lot lighter than the other. But when the supplier has weight matched the parts, they got a full shelf to choose the ones that are the closest to each other in weight.

“When we make a crankshaft, the problem we have is we don’t know where it’s going to go,” says Lieb. “We have to make the crank heavy if we don’t know what components you’re going to use. If you’re matching parts to a generic crankshaft, the balancing job will be a nightmare. In our shop, every part number has a work order, which gives the people on the shop floor absolute direction of what has to be done.”

According to Lieb, they know how much to lighten the crank because it is all spelled out for the operator on the shop floor. “In some cases, with someone using a 6˝ rod, we may actually balance the 5.7˝ connecting rod counterweight because it’s lighter, and we don’t have to drill a bunch of holes. From there, if the crank is still too heavy, we stick it in the lathe and turn the counterweight down and put a couple of holes in it just to fine-tune it for the balance.”

A balance shop may not necessarily have a big lathe to turn the crankshaft counterweights and may end up making the thing look like Swiss cheese. “Of course, they will destroy the counterweight in the process,” says Lieb. “You can take the weight off, but to put it back on is expensive.”

Lieb says they have a lot of options that most builders just don’t have. “As I said earlier, when a customer buys that box, we’re taking responsibility for everything in there and doing the job as best we can… Again, to meet his expectations.”

While buying a pre-balanced rotating assembly may seem like the easy way out, it can free up time for other things in the engine building process and allow you to tackle more jobs than before.

Some shops charge as much as $400-$500 to balance a V8 rotating assembly, but Lieb says because of their advantages as a manufacturer, they only charge $120. Even if you add on a balancing charge, you will still come out ahead. A pre-balanced rotating assembly may not be for every shop, depending on your specific situation, but it is good to have a combo meal option when you need it.

Is any one else craving a burger? EB

Motorcycle Valve Seats
Connect with us