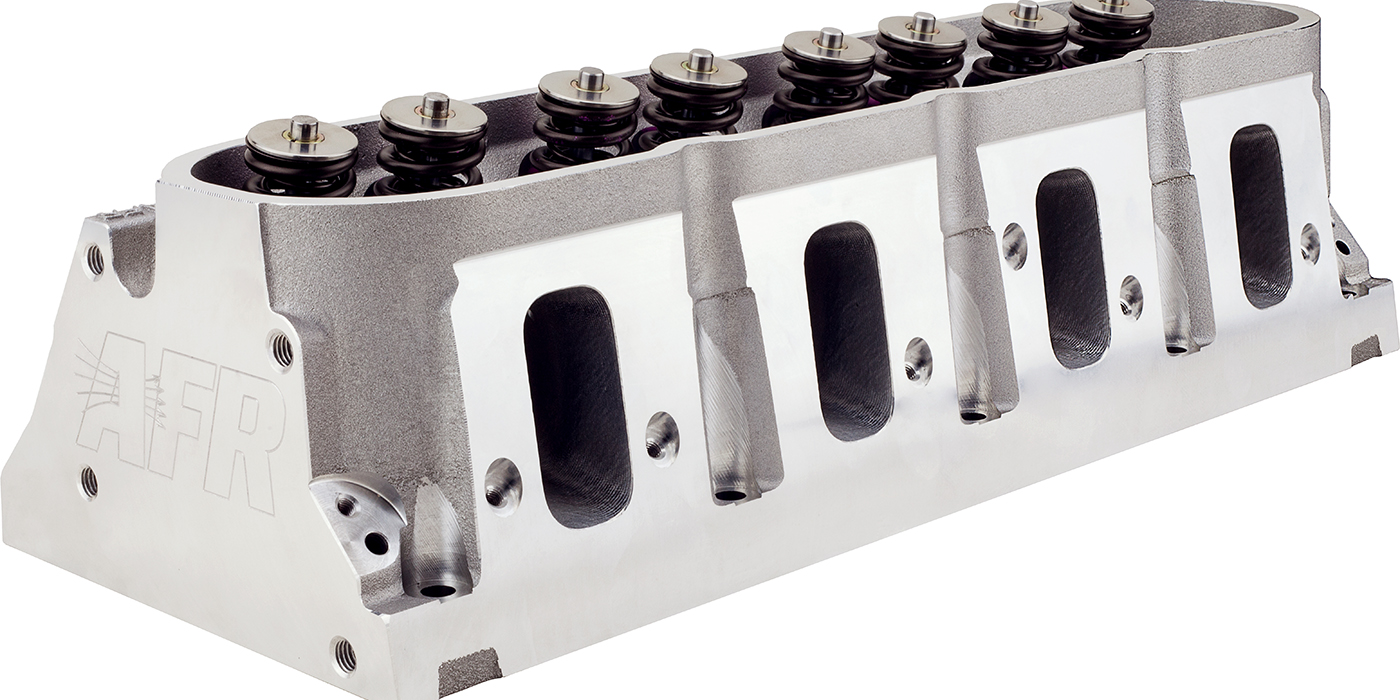 How do you determine the proper cylinder head for your application, whether for street performance, racing, off-road or other? When selecting the appropriate cylinder head/runner volume, there are a few basics to focus on.

The top end of the engine moves air and fuel to the combustion chamber to make as much power as possible in performance applications. Today’s aftermarket cylinder heads offer engine builders many options, but choosing the right combination is more than just making the biggest flow numbers.

Many drag racers and engine builders like to match their intake to a particular cylinder head for a combination effect intended for a specific range of performance. If your customer runs at the drag strip a few times a year, but mostly drives to the local hangout for car club nights, you may want to choose something that will behave more civilized on the street and still have some performance to go from stoplight to stoplight. Today’s cylinder heads blur the lines between street and racing more than ever, so engine builders must get into the customer’s needs and wants before coming up with the right set.

A good set of cylinder heads can generally add easy bolt-on power. Depending on the application, according to Tim Torrecarion of Air Flow Research, performance can vary quite a bit. He says it depends on what engine you’re working with, such as late-model engines versus the Gen I small-block Chevy or even the Ford Windsor motor.

How do you determine the proper cylinder head for your application, whether for street performance, racing, off-road or other? When selecting the appropriate cylinder head/runner volume, Torrecarion says there are a few basics that they focus on, including engine size, rpm range, and usage. “If a customer is in between runner volumes, we can drill down to vehicle weight, final drive, transmission type, N/A versus power adder, and so on.”

Marlan Davis of Hot Rod magazine recently wrote it all begins with the cylinder heads. To summarize the article, he says the potential power of a normally aspirated engine can be directly attributed to its cylinder-head intake-port flow numbers. As Comp Cams’ Billy Godbold explained to Davis, “The greater the cylinder head’s intake-port flow, the less cam you need to make the same power at the same rpm. With similar-duration cams, higher-flowing heads will raise the rpm points where peak torque and power will occur.”

If you took the best Vortec head from a Gen 1 SBC, it flowed much less than the worst LS engine because of the port design inherent in those engines. While the LS is not a perfect platform, it has much greater flow potential thanks to larger, more direct ports. And aftermarket heads can improve on the stock design by quite a bit.

Torrecarian says aside from the technical aspects, one of the significant factors determining head selection is the customer’s budget. He says that is why they introduced their Enforcer series of “As-Cast” cylinder heads earlier this year.

AFR’s Enforcer LS heads are listed as LS1 heads because they use cathedral-ports with a 3.900˝ minimum bore size to fit the intake and exhaust valves. The LS heads feature 210cc intake runner that flows 262cfm, while the 82cc exhaust runner flows 207cfm. Torrecarian says they flow even better than the OEM 243/799 GM heads.

The company’s Enforcer line is made from a permanent mold casting that comes with as-cast surfaces on the intake runners, exhaust runners and combustion chambers. According to AFR, these heads are intended for those who want to upgrade to aluminum heads with modern port designs for their muscle car or street rod.

While LS and LT engines have been on fire lately among engine builders and enthusiasts, they still can’t match the overall volume of the SBC, which Torrecarian says even reigns supreme in their lineup. “SBC still reigns king when it comes to overall volume, followed by the SBF. Then they are followed up by our LS and BBC lines. But we are always working on and exploring new heads or even refining our current lineup. We have a new head that is close to release, which will fill a void in our product offering.”

According to Torrecarian, the one trait that separates their CNC cylinder heads from other offerings in the marketplace is their performance and flow. “It has been this way since the beginning. Many times our heads will outflow any comparable alternative in the same runner volume. In some cases, you have to take a competitor’s head that is a step or two larger in intake runner volume to match our performance and flow.

We also spoke to Bob Williams of All-Pro Cylinder Heads between rain delays at the NMRA/NMCA event in St. Louis. We asked him about the market from his perspective. Williams says that their heads are designed primarily for racing purposes, but some people will run them on the street occasionally. “I’m not saying that you can’t run our stuff on the street because some of it you can, and some people do, but that’s not really our marketplace. Those are usually more tame motors from 500-700 horsepower. Our market caters to the exotic high-end packages, whether it’s a turbo, supercharger, nitrous, whatever – we’ve got packages for all of that.”

Williams says there are a few differences between their naturally aspirated heads and those designed for power adders. “There is quite a bit of difference in what some of the engine combinations need. The naturally aspirated, the supercharger and the nitrous applications are very close. We use a more robust casting for the turbocharged heads than we do for the N/A class because of the high cylinder pressures and the horsepower that’s made.”

For racing applications, weight is always an issue, so Williams says, “There’s no sense running something that’s overkill for the job at hand and carrying extra weight. It’s not needed. Whether it’s LS or a Gen I SBC, or W9-RP Mopars, which we do a lot of also, we have sets of heads for many platforms and power adders. And we’re also developing the new Toyota head for the World of Outlaws sprint cars, which can be used in a lot of drag race applications. I think it’ll make tremendous inroads there.”

Williams says it’s a new engine and not based on the NASCAR application that is the canted valve design. “These are inline valves, but I look for them to run every bit as well as the canted-valve. To be quite honest, our forte has been to beat the canted valve stuff with inlines. We’ve done a good job with that over the years.”

According to Williams, they build heads for a lot of drag racers, but their bread and butter is sprint cars. “We’ve dominated the 410 class over the years and the World of Outlaws. We probably do 99% of all those in the world. It’s a big marketplace for us. The 360s have a spec head rule, so we don’t play in that sandbox.”

Some engine builders prefer to buy bare cast heads so that they can do their own port work. However, CNC ported heads from manufacturers such as AFR, and others are a more significant chunk of the market. We think some of that is due to enthusiasts who buy heads that are already assembled and ready to bolt-on, but engine builders are also purchasing these heads because it can speed up the rebuild process.

“The bulk of our sales is fully CNC ported cylinder heads,” says AFR’s Torrecarian.” Porter’s castings are still available but are only a fraction of our overall sales. Also, we do quite a bit of private label heads.”

When it comes down to choosing or comparing cylinder heads, the best way is to bolt them on and make some dyno pulls. The one that makes the most peak power may not always be the best choice if the rpm range is very narrow. You may want a head that delivers a broader range of power and torque. If the engine is for the street, your customer might wish to have a broad, flat torque curve with more low and mid-range torque to quickly get off the stoplights.

Another thing to consider in boosted applications is to use Inconel exhaust valves and heavy-duty intake valves for the high cylinder pressure. Many power adder applications accelerate quickly and require extra spring pressure. Many manufacturers recommend upgrading valve springs or increasing valve spring pressures because the boost can reduce spring tension. AFR says that even 15 lbs. of boost on a 2.125˝ valve can reduce the closed seat pressure of the spring by 40-45 lbs.

Airflow depends on valve lift, valve area and air density. Using a flow bench can help you understand these values, but keep in mind that these values can vary from one flow bench to another, depending on the methodology and equipment used. Flow benches can have a margin of error of about one percent plus or minus. With a cylinder head that flows 400 cfm, the margin of error could be plus or minus four cfm.

Accurate cylinder head comparisons mean you should look at the entire flow curve if possible, from low lift to maximum lift. If you do that, you will have a better picture of how the head will perform on the engine you are building. EB 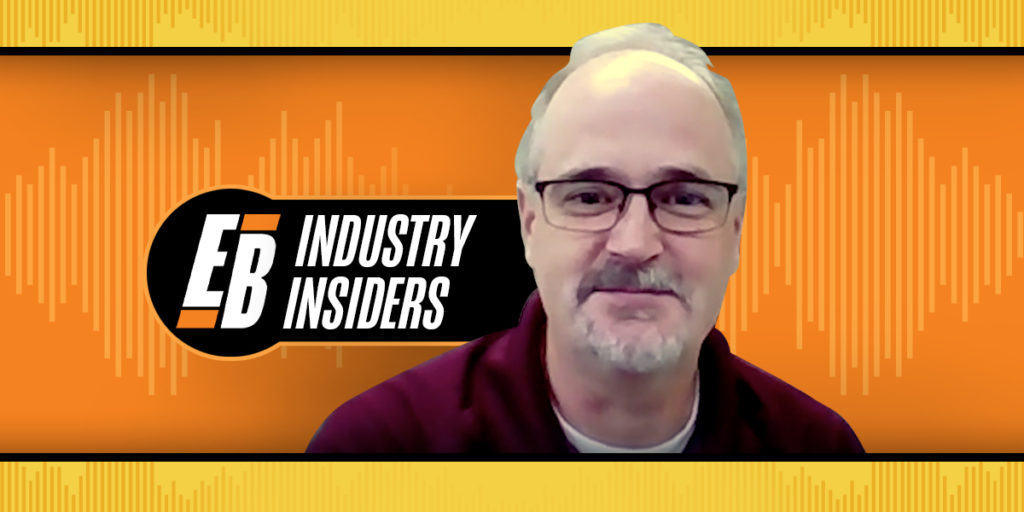 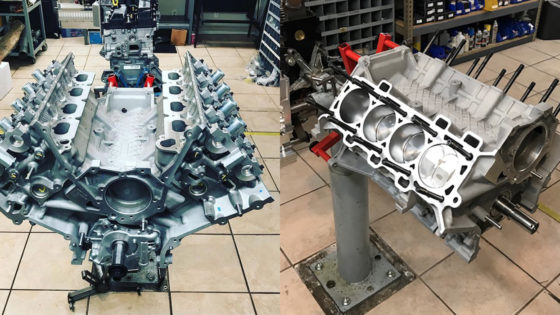